The little company based in Riverwest has sold to Oprah, Ralph Lauren and Disney. 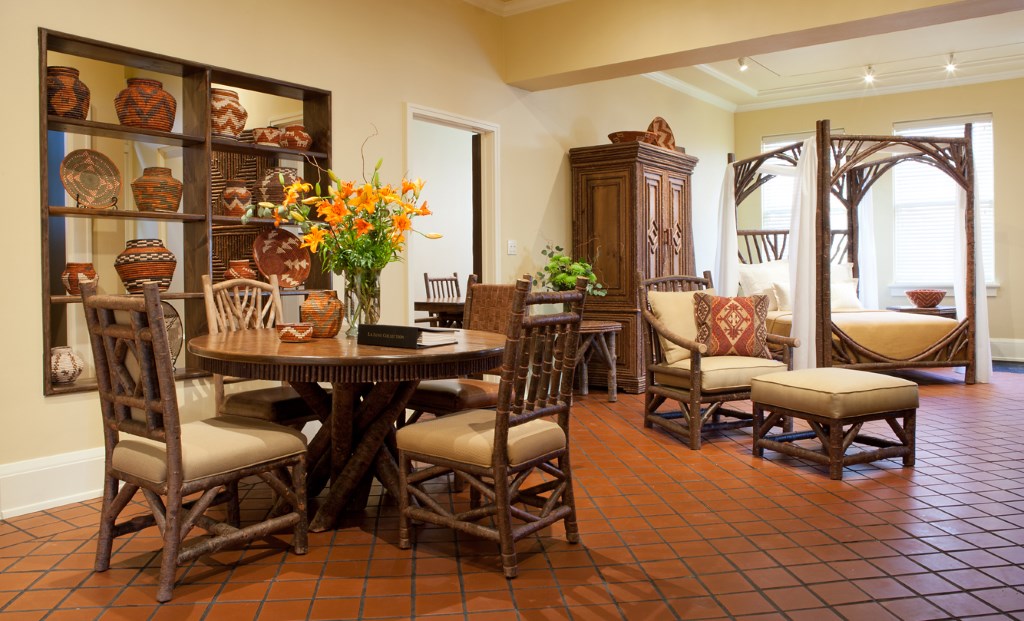 Mario and Cathy Costantini knew almost nothing when they hit on the idea of starting what became the La Lune Collection.

“We started our business when we were 23,” Mario recalls, “and we didn’t have any background in this, we didn’t have any money. I was a pre-med student, and Cathy was a French major. We didn’t have any reason for going into this. We decided it would be fun to have an interior design firm, so we started one, and we were able to convince the bank to give us the money to start the business, and from there we spun off into designing furniture.”

That was 35 years ago. Today, La Lune offers a unique and extensive collection of high-end rustic furniture made out of logs, branches and saplings and counts Oprah Winfrey, Ralph Lauren and Disney among its many clients. Since 1986, the company has been located in Milwaukee’s Riverwest neighborhood at 930 E. Burleigh St. 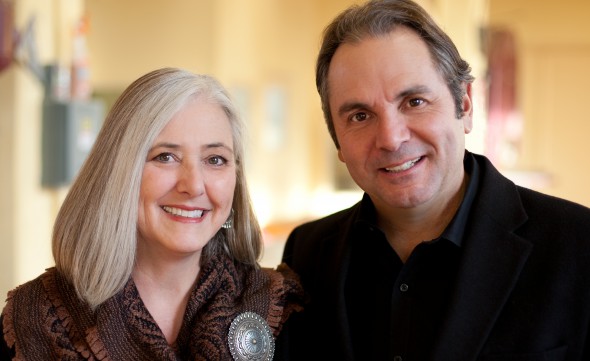 Mario Costantini was born in Buenos Aires, Argentina. Originally planning to stay there and become a physician, his plans were altered when he came to the United States and attended Marquette University. There he met his future wife, and they decided to open an interior design firm. One restaurant project they did together gave Costantini the opportunity to build the furniture, and they found they could turn that into a legitimate business. Yet, when asked if they have any experience in carpentry, both Cathy and Mario laughed.

“Many people would assume that I spend my days designing furniture. That’s probably about five percent of what I do,” Mario says. “There are so many other things that are required to be done to support a business like this, so we all wear many different hats. You can’t have a business like this and decide that you’re going to do one thing. You have to do whatever needs to be done that day, and fortunately our skills complement each other.”

The company’s location was at first something of a problem. “We moved our business here from the Third Ward in 1986, against everyone’s advice. It was a tough neighborhood, there were several gangs in this area and it was not a good-looking neighborhood,” Mario recalls. 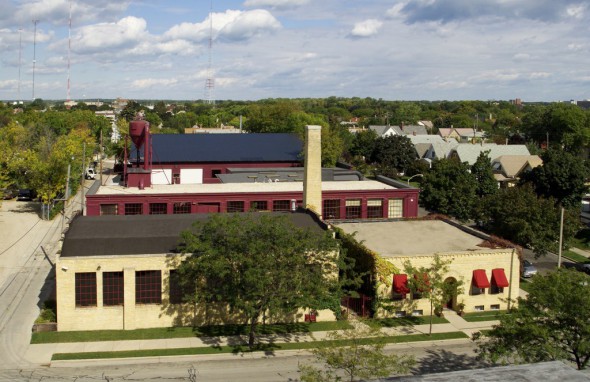 “In 1988, I was invited to a meeting at Johnson Controls who had a facility on Humboldt (Avenue), and they threatened to move out because of crime problems. So we thought we needed to address that issue.” As a result, Constantini got involved in helping open the Holton Youth Center in 1989, to provide a constructive outlet for youth in the neighborhood.

The Holton Youth Center was a collaborative effort between a range of people in the neighborhood to help improve the culture of the neighborhood, by providing jobs to members of local gangs and giving the children of Riverwest a safe place to hang out and have fun. It was so successful that many businesses were willing to locate in the area after the problems of crime and safety had been curbed.

Meanwhile, the Constantinis’ little business continued to grow. Today, La Lune Collection distributes its furniture to customers all over North America. “Social media marketing has made it much easier for us to connect with people everywhere. That was not possible for us when we started the business,” Mario notes.

You may have seen some of La Lune Collection’s furniture locally on the downtown Riverwalk, at the Urban Ecology Center or a Colectivo coffee shop. Nationally, La Lune Collection has installed furniture in the Ritz-Carlton Luxury Hotels, Radisson Hotels and the Disney Resorts. 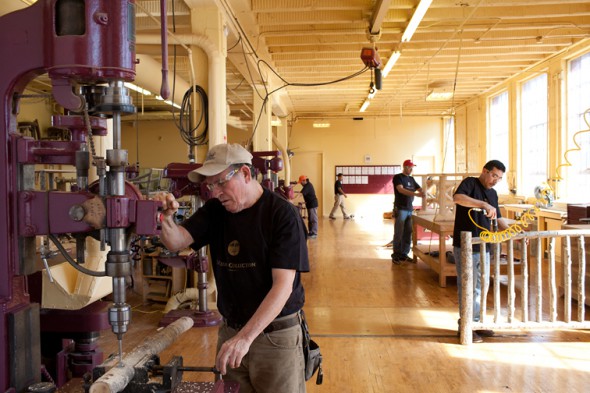 “We send catalogs and brochures to people in the business, and we used to have showrooms and reps that promoted our line nationally in lots of major design centers. So they would have samples of our furniture,” Mario says. That may be how they first connected to Disney, he says, though he’s not sure.

While the catalog of the styles of furniture they offer is extensive, a sizable amount of La Lune’s business is on custom orders.

“About half of our orders are standard items, and the other half are custom in one way or another,” Costantini says. “We have an endless combination of things that customers can order from us, and we don’t stock anything — we make it as they need it. If you were doing large-scale manufacturing, all you can make is standard items. So we’re able to provide exactly what they want in this rustic theme in about eight weeks, and that’s our niche in the market.”

By now the couple are experts in their field, but they are still learning. “We still do (learn new skills),” Mario says. “We’re involved in a lot of other things outside of our business, and we really don’t have background in any of those things either, but we make it up as we go along. We make pretend we know,” he adds with a laugh. So far that approach seems to be working quite well.