Bandit MKE is opening at 1224. E. Brady St. and will feature a half-century of clothing and styles. 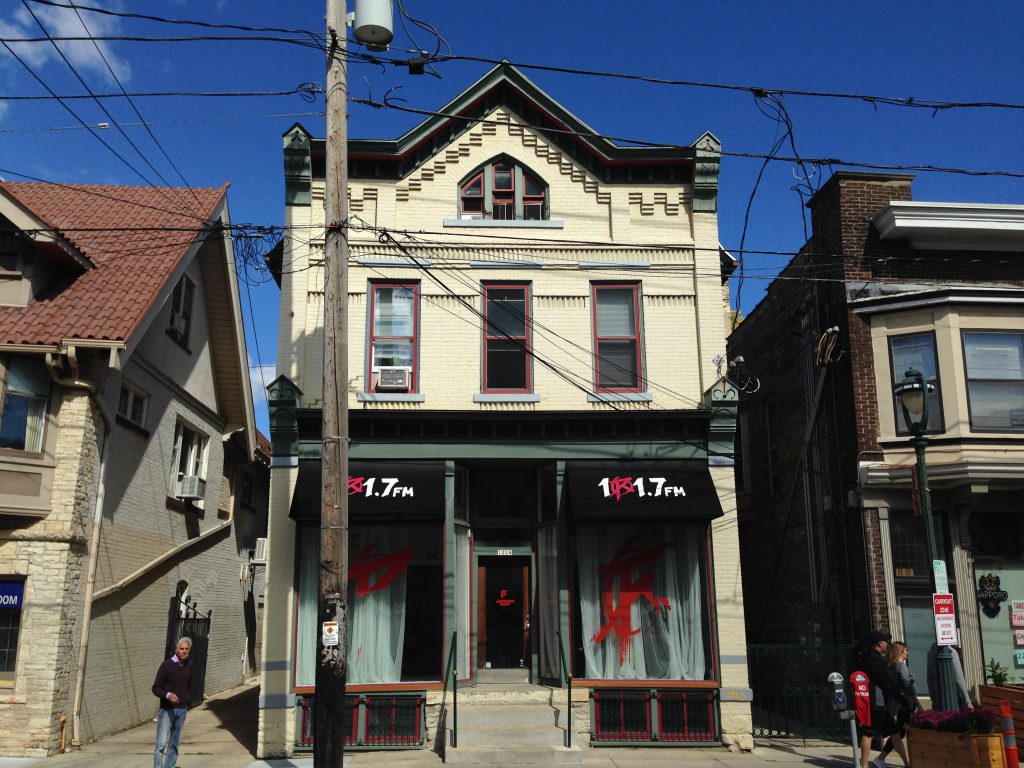 For three women, and likely for many other people, the buying, selling, collecting and hunting of vintage clothing is a passion. In fact, one said it was almost a sickness, an obsession.

For years, Nichole Larson, Michelle Eigenberger and Elizabeth Kiesling have been involved in the world of vintage clothing. They’ve scouted pieces all over the country, even the world. They’ve bought and sold plenty.

The trio had been holding pop-up sales and going to vintage markets for years. Then the pandemic hit, and like so many things, these markets for vintage clothing were closed or cancelled.

“So we thought, ‘let’s throw some sales in our backyard’,” Larson told Urban Milwaukee.

They made sure people wore masks and they limited the entrants, they said, and it was hugely popular. So they held them throughout the summer. They were making so much money, they decided to take their business to the next level.

Now, they’re moving into and remodeling a space at 1224 E. Brady St., which was formerly used by the liberal talk radio station Resistance Radio from 2016 to 2020. They’re taking out some of the walls and insulation and drop ceilings that created a cozier recording environment, but would make for cramped shopping.

The store itself will be different from your average vintage shop, they said. Many are very niche, confined to a decade or style. More often than not a vintage store is filled with mid-century pieces, Larson said, all of which is great and will be in Bandit. But, they’re also stretching what you might consider vintage to meet the tastes and demand of a younger generation. One that doesn’t remember the 2000’s because they were in diapers.

The garb at Bandit will stretch from the mid-century up to and through what was once called ‘the new millennium.’ “Because a lot of our customers are UWM kids, MIAD kids, kids that live in that area, kids that live in Riverwest,” Larson said. “So we’re gonna be a little updated in that way.” 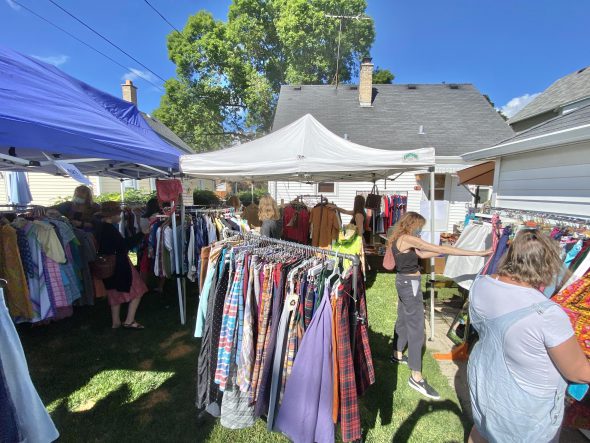 When they started their pop-ups in the summer of 2020, they “footed it and flyer’d,” as Kiesling put it. They went to university neighborhoods and art schools. When customers showed up to their backyards, they asked them how they found out about the sale and where they came from. It was old-school advertising and vintage market research, if you will.

Bandit will have a selling counter, where customers can sell their pieces for cash or to purchase new ones. This should produce a high turnover and ready supply of new old-clothing for the store, Larson said.

Though inventory is the least of their concerns. The three women have been collecting for years, and already have thousands of pieces in personal collections to pull from. They regularly have people in the vintage clothing community reaching out to see if they want to make bulk buys from estate sales.

Then there’s the “sickness” Eigenberger mentioned. A compulsion to search for that next rare or beautiful piece of clothing. An obsession that drove them to risk life and limb, combing through a condemned house in Shorewood last summer. It was “dangerous” and “smelly” they said, but also “amazing.” The previous owner must have been a hoarder, they said. Among the trove were hundreds of pristinely folded pieces, preserved perfectly in plastic.

Part of the ethos of Bandit, and the general vintage clothing marketplace, is that the world already has enough clothing. You don’t need to buy the new sweater at Target, when there is something just like it “that was made in the 80’s and maybe had a few other lives before coming into our store,” Larson said.

Get a daily rundown of the top stories on Urban Milwaukee
The owners of Bandit said they want to sell “clothes for everybody and every body.”

“No matter your shape, your size, your identity, your orientation,” Eigenberger said, Bandit should have something for you. She said the store will also move away from the idea of men’s and women’s clothing, even sizes and labels.

“We want people to come in and find clothing that makes them feel good,” she said. “Trying clothes on, seeing what fits you.”

The store on Brady Street should open sometime this summer.