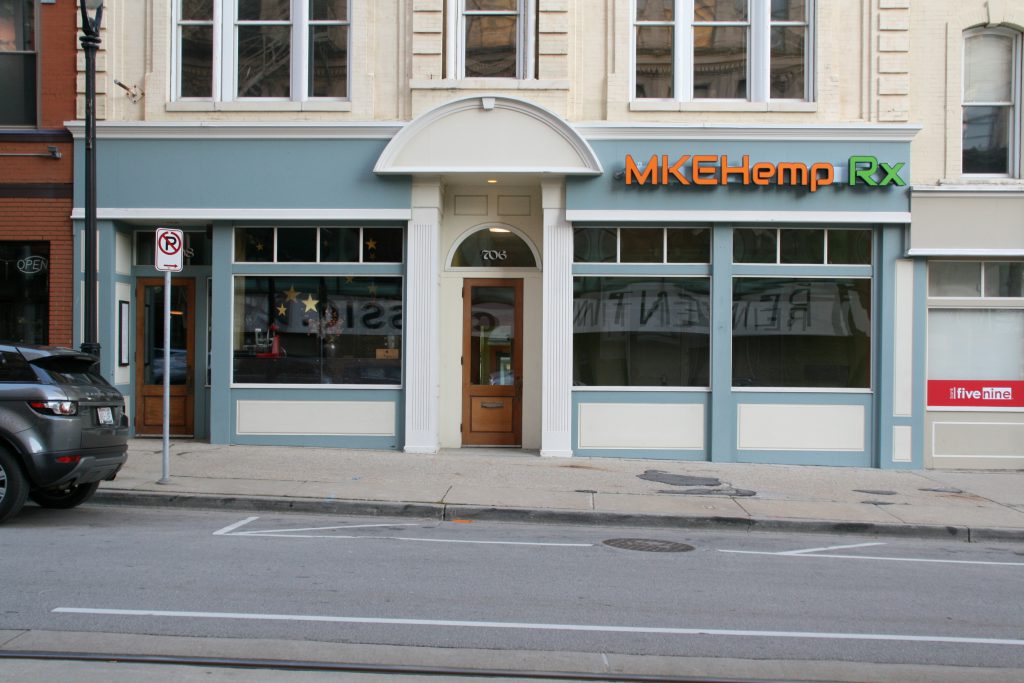 “Lifted and Gifted” is a new restaurant that specializes in CBD-infused cuisine. Interestingly, it will be replacing what was the MKEHemp Rx Dispensary at 706 N. Milwaukee St. CBD stands for cannabidiol, which is the second most prevalent of the active ingredients in marijuana, but derived directly from the hemp plant, and used for medicinal purposes, to treat epilepsy and anxiety as well as Parkinson’s and Crohn’s disease.

The new restaurant’s use of CBD makes it unique, but “on top of that, we will be the only ones [on Milwaukee St.] doing vegan cuisine as well as date nights,” says owner Serenity Ramirez.

Date nights are when a professional chef shows a group of couples how to cook a meal in a restaurant setting, and at Lifted and Gifted, the meals will use CBD as an ingredient. There will be tickets sold to this, and a menu will be posted a week before each Data Night. Ramirez is partnering with two other couples, one of whom specializes in vegan cooking and the other in the date night project. The two couples have two previous businesses they have run, Anomaly Catering and Delicious Bites.

Lifted and Gifted was the end result of a project where Serenity and her other four partners would fly to states where CBD was legal and cater events. “We did many different themes, including soul food, Mexican food and other ideas,” she says. “Oils and tinctures and gummies are very common in the CBD world. Grapeseed oil, coconut oil are the easiest to infuse. We want to give someone a more yummy way to take their CBD.”

Lifted and Gifted comes on the heels of a previous business called “Purple Reign” which is still active and operating in Milwaukee. Purple Reign specializes in selling CBD-infused desserts, a project Ramirez undertook after tearing her ACL in 2011. “There was nothing that really made me feel better, and i didn’t want to take the heavy medication that i was being given at the hospital. When i discovered CBD oil, it really opened my eyes. I instantly felt better but i didn’t like the grainy, leafy taste,” she laughs. “I realized I could make desserts by infusing butter with CBD, and that ultimately masked the unpleasant flavor. Every recipe is my grandmother’s, just with a little CBD added.” she adds.

Thus Purple Reign was born and Ramirez went to work selling brownies, pies, cakes and just about any sweet that required butter. The bakery takes most of her time, and she has been operating it for a little over a year. It used to be located on Brady Street and moved to Waukesha and her bakery is now now carried at five area bakeries.

“There are four different products that are sold at Purple Reign exclusively: Hot chocolate, salves, grapeseed oil and a flavored liquid that can be added to water,” she says. “These are not products that are made in Oregon or somewhere and shipped to us — this is all made here in Wisconsin.”

And now her distinctive recipes will have a bigger and more established home at Lifted and Gifted, when the restaurant opens in the first week of November.