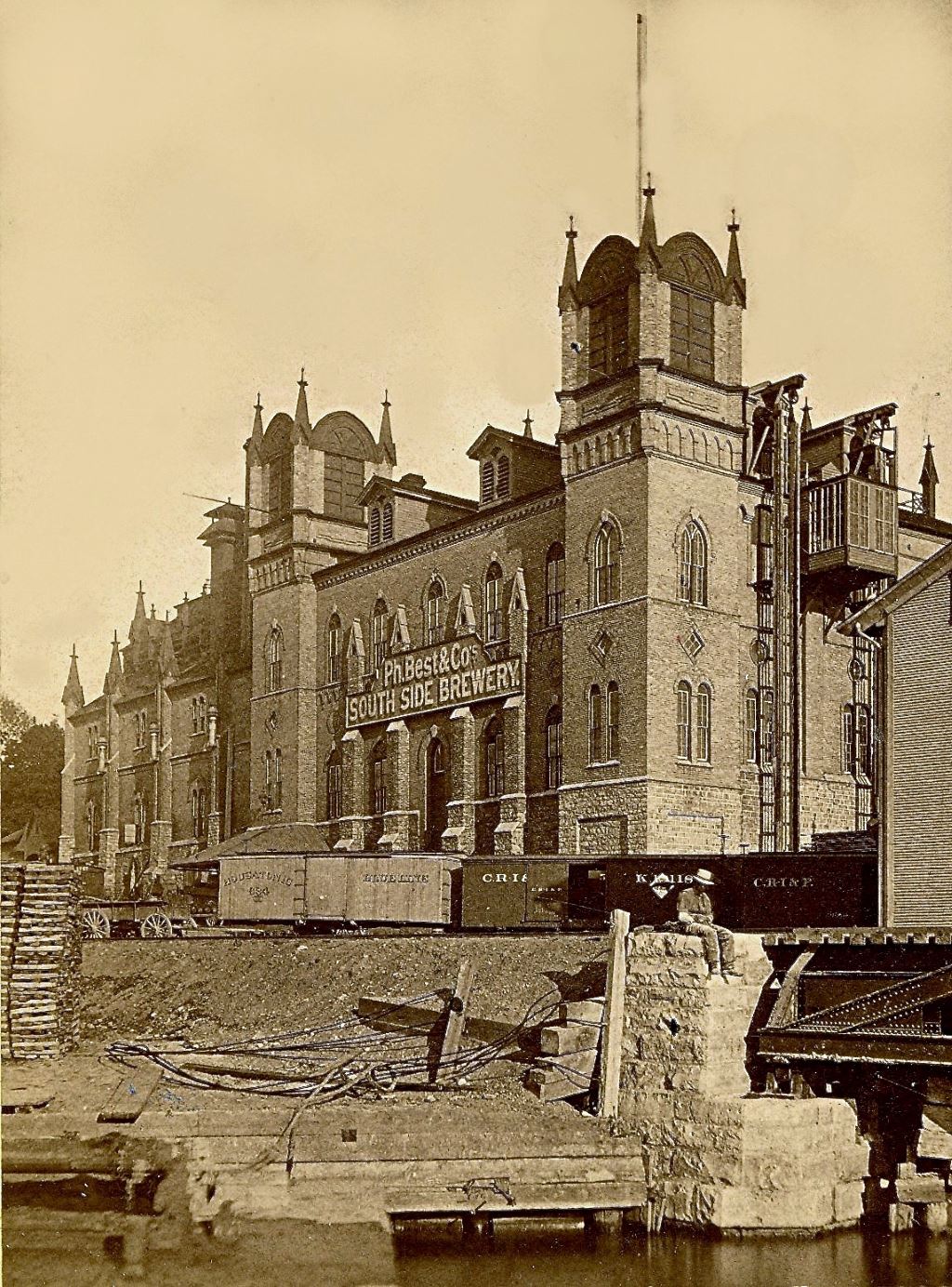 The Empire Brewery, later Best and Company, was started by brewer Jacob Best in Milwaukee in 1844, two years before the city was incorporated. The brewery was run by Jacob, Sr. and his four sons, including Phillip Best, who took control of the company in 1860, which became known as Phillip Best & Co.

Best’s daughter, Maria met steamship captain Frederick Pabst in 1860 and married him two years later. In 1864, Pabst purchased a half interest in the brewing company for $21,057.05 and became vice president. After the marriage of Best’s second daughter, Lisette in 1866, her husband, Emil Schandein also purchased the remaining half interest from Phillip Best.

The 1869 purchase of the Melms Brewery by the Phillip Best & Co. would prove to be a bonanza. (Phillip Best died that same year and Pabst and Schandein took over management of the business.) In the next two decades the Best Brewery, later Pabst, would grow at a spectacular rate. Helping to trigger this growth was a fluke of history, the Chicago fire of 1871, which would provide a new market for Milwaukee’s breweries as the Chicago competitors would never recover.  By 1874 Phillip Best Brewing Co. was the nation’s largest brewer.

This site for the brewery, shown in this photograph, was located at what is now 8th and Virginia. It had an advantage that the original Best Brewery (and current one) would never have – immediate rail access for shipping and delivery as this c. 1880 photograph illustrates. This is one of the few stereoviews that famed photographer H.H. Bennett would produce of local breweries.

By 1880 there was much more activity at this location and the brewery had added an exterior freight elevator; very modern for the time. In 1875 a bottling department had been established here (a novelty at the time) and an addition for this purpose was added in 1880 (but is not visible in this photo). This is the only section of the old brewery that survives today.

After the death of Schandein in 1888, Best Brewery was renamed the Pabst Brewing Company, a name that continues to this day.