The Remarkable Rise of Rishi Tea

The Milwaukee company sells in all 50 states with exports to 100 countries. And it's still growing. 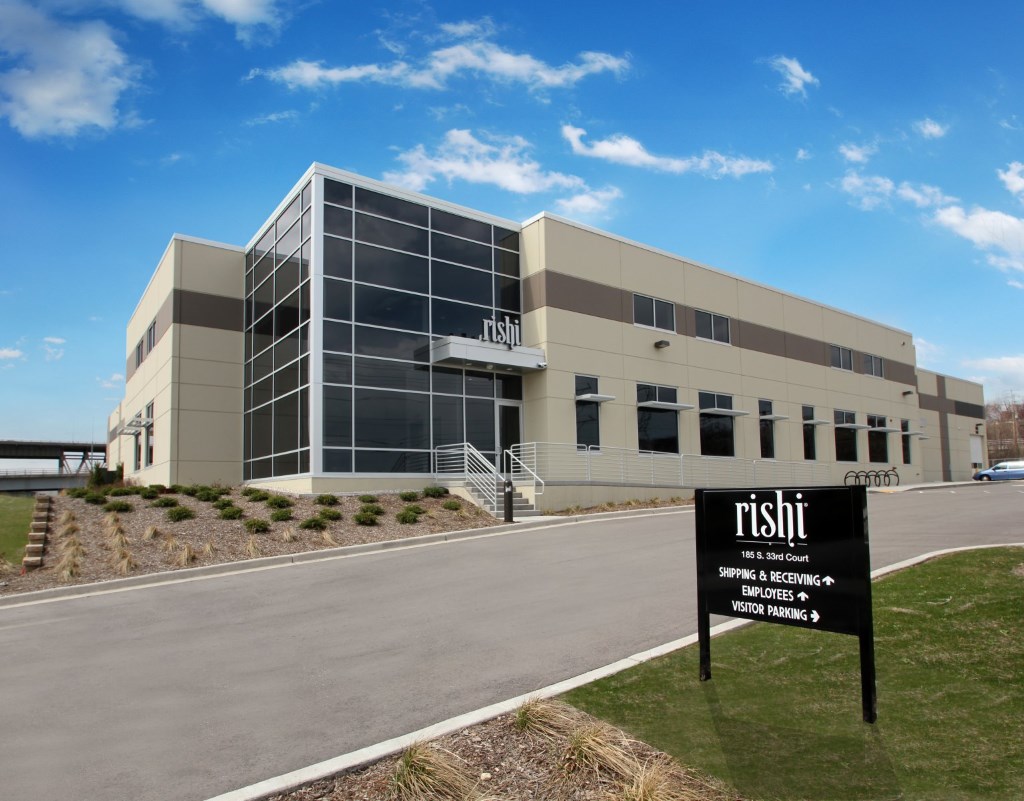 Kaiser returned home to Milwaukee in the late 90’s, after a period of post-college globetrotting that left him enamored with the world of traditional tea and herbal practices.

Kaiser, then 24, was surprised to find how inaccessible quality tea was for consumers in the U.S. He noticed the growing consumer movement favoring coffee roasters and craft beer. But there were no producers offering high quality, loose-leaf, organic teas, and he thought the public would be receptive to the teas like those he had encountered during his travels. So, Kaiser got in touch with his friend Benjamin Harrison (they were classmates at Rufus King High School) and the two became partners, founding Rishi Tea in 1997.

The pair launched the company with $45,000 and a line of credit from a relative. The company began humbly, in a 400-square foot space with no windows in Milwaukee’s Third Ward.

During the first 10 years of Rishi, Kaiser spent roughly nine months a year on the road, often on dirt roads connecting to individual farmers. Rishi sources its products directly from the tea gardens that grow their product, which means they get all their tea leaves and herbs directly from farmers all over the world, usually in remote locations, says Jeffrey Champeau, the brand-marketing manager at Rishi.

The tea farmers Rishi works with are very traditional, and most of the deals made rest on little more than a handshake. This makes the face-to-face meetings at the tea gardens important to Rishi’s continuing business, notes Champeau. Rishi now has a team of five or six buyers traversing the globe to maintain these relationships.

Rishi’s networking with its rural suppliers has been mutulally beneficial. In 2010, Rishi told Specialty Food about the fair trade relationships it was instrumental in establishing. These associations have partnered with tea-growing communities to build new schools and health clinics, along with better roads and improved systems for cleaner drinking water. After starting the Manmong Manmai Ancient Tea Association in China, Rishi helped to send the one of the village children to college for the first time in its history.

Rishi sends their buyers to search for the most pristine tea gardens around the world, Champeau notes, which are often remote and found at high elevations and away from any pollution. Tea is similar to wine, in that different growing regions or micro-climates produce different flavor profiles. There is only one species of tea plant, but hundreds of varietals found in different areas around the world. For example, most of the tea bushes grown in Japan are green tea leaf, whereas all the tea Rishi sells from Ceylon is black tea. Foremost on the minds of the Rishi buyers is the organic status of the tea-leaves, says Champeau.

But ultimately, “it all comes down to the taste,” Champeau says. Every year buyers travel to the tea gardens Rishi does business with at the “peak” time of the year for tea leaf flavor, he notes.

A taste that has earned Rishi numerous awards, including multiple first place awards at the World tea competition in 2009.

All of Rishi’s teas are certified organic. In fact, they were selling teas up to par with contemporary standards for organics well before the U. S. Department of Agriculture began setting the criteria for the certification of organic teas in 2002.

While Kaiser spent much of Rishi’s early years learning about tea, in recent years he has begun working with regular tea farms across the world to help them make the transition to organic farms, according to Specialty Food. He has also been teaching rural farmers harvesting and processing techniques that should allow them to bring in more revenue for their communities.

In 2010, Rishi partnered with Jane Goodall, the famed British anthropologist, primatologist and environmental, animal advocate, for a tea that would give proceeds from its sales to Goodall’s Roots & Shoots program. The program is a global youth-led environmental non-profit organization.

2013 was a “momentous turning point” for Rishi, Champeau says. It was the year they began offering tea bags for sale, as opposed to their previous product of loose-leaf teas only. The decision came after the technology for making tea bags caught up with Rishi’s standards of quality.

Prior to 2013, the only options for tea bag materials were paper, which absorbs tea flavor and leaves a papery taste in the tea, or petroleum based nylon tea bags, neither of which were considered acceptable by the people at Rishi. Finally, a material made from corn and tapioca starch began to be used in the production of tea bags. It was this new material that allowed Rishi to feel comfortable stepping into the new market.

The first line of teabags sold by Rishi catered to the food service and restaurant industry. In 2014, Rishi launched its first retail line of tea bags.

The same year they launched their retail tea bags, Rishi began construction on a new, $4.9 million, 500,000 square-foot headquarters located in the Menomonee Valley. The expansion was announced in July 2013 and a Journal Sentinel story noted a city report found the company’s hourly wages were from $10 to $20 for manufacturing employees, with Rishi also paying at least 90 percent of health insurance premiums for its employees. Sales, marketing and administrative personnel had average annual salaries of $40,000 to $75,000, according to the report.

One area of new growth for Rishi has been in the market for naturally caffeine-free teas, Champeau says. The growing health oriented market of yoga practitioners and fitness enthusiasts are looking to reduce their caffeine intake, and are turning to companies like Rishi for those products.

In short, Rishi is likely to continue growing sales and revenue world-wide as it expands its offerings.

Back when he joined Rishi, Harrison left a good job as vice president of business development for a translation service in New York. His friends thought he was crazy. Not any more. 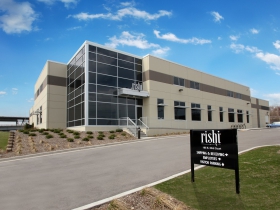 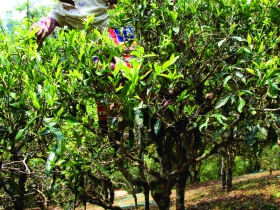 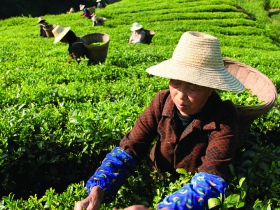 One thought on “City Business: The Remarkable Rise of Rishi Tea”