Once a junction of architectural splendor, it needs serious work by the city to revive it. 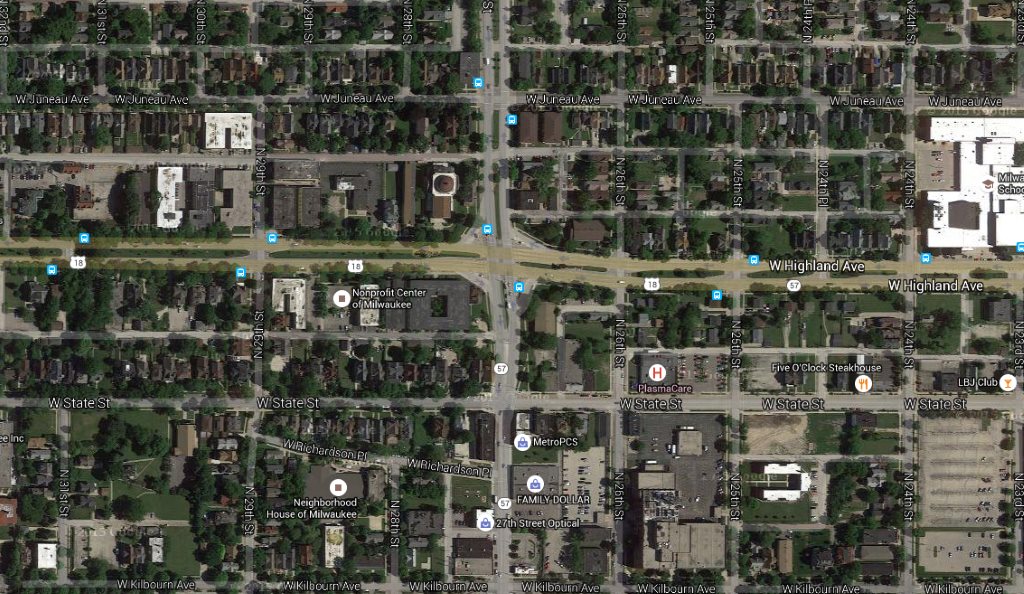 The intersection of N. 27th St. and W. Highland Blvd. is one of the most prominent in the Avenues West neighborhood as well as one of its most problematic. The intersection was once a significant junction of architectural splendor, residential wealth, and commercial vitality. Regrettably the east side of the intersection along with much of the existing neighborhood was depopulated and destroyed during Milwaukee’s disastrous dance with post-war urban redevelopment. The unfortunate reality today is that 27th and Highland today is an overbuilt and underused junction of roadways that scarred a once tasteful and verdant residential environment. The vastly expanded road infrastructure that exists today will one day require reconstruction if this area is to truly recapture its promise.

Very little is right at this intersection. While the west side of 27th was largely spared the wrecking ball of the planning minds of the post-war period, the east side has been reduced to a drab low-density aesthetic. The west side is defined by traditional wood frame homes and St. Luke Emmanuel Baptist Church, but the east side is defined by a squat utilitarian apartment building. The intersection reminds all those not located within the confines of a car that they are not simply a second thought, they’re not a thought at all. The revitalizing 27th Street corridor located to the south and handsome walkable neighborhoods to the west, centering around the verdant and majestic Highland Boulevard, deserve far better than this antiquated and carelessly designed meeting of prominent Milwaukee thoroughfares.

An immediate marker of an unfriendly urban intersection is the presence of right turn lanes, also known as “pork chops” due to their shape. Pork chops expedite traffic flow and generally define roads that primarily cater to truck traffic. At this already overbuilt corner, they expand the footprint of roadway and destroy the urban aesthetic that can be found at other prominent intersections in Avenues West. Additionally, pedestrian crossings are poorly marked and emphasize the flow of automobile traffic over pedestrian and bicycle activity. The intersection is sunbaked and windswept, two inhospitable traits no matter the season. Despite the existing population density of the Concordia neighborhood and abundance of public transit activity, this is an intersection that encourages you to do one thing and one thing alone: leave! The pork chops discourage potential residential or retail development that might help revitalize this intersection. The result is an intersection that is not a destination, but a place to pass through as quickly as possible.

My first recommendation would be to remove the median of North 27th Street between State and Highland and narrow the road to one lane of active automobile traffic in each direction along with designated bike lanes and parking lanes. This would entail erasing the existing unused quasi-parking lanes and adding additional square footage to the parcels on the east side of the block and replacing the existing median with a simple painted divider. The land produced by more efficient space usage could be reallocated along the east side of 27th and would encourage the development of single family housing or duplexes, as once existed at that corner. To tackle the root problem of four un-developable corners, erase the existing right turn lanes and open the potential for residential development in the northeast and southeast quadrants, as proposed above. Improve pedestrian crossings with stained concrete or printed brick pavement.

For the boulevard medians that remain on Highland, install decorative plantings as seen on Humboldt or Howell avenues. Handsome flower beds and new saplings would have a dramatic effect on the atmosphere by providing shade and demonstrating civic pride, care and summer-time color. It is important that the Department of Public Works note the existing architectural gems of the neighborhood and place special visual emphasis on St. Luke Emmanuel Baptist Church, also known as the Second Church of Christ Scientist. The domed church is one of the most beautiful structures in Avenues West, yet it is overshadowed and sped past as the intersection functions today. Built in 1913 and designed by Carl Barkhausen in Classical Revival style, this regal structure has the ability to serve as a visual destination, as the Basilica of St. Josaphat does for 6th and Lincoln. Aesthetically pleasing yet practical new heated bus stops could also be added — perhaps designed by students at the UWM School of Architecture — as a way of providing architectural diversity to the neighborhood and promoting its public transit assets.

Avenues West holds a prominent place in Milwaukee’s layout and has the potential for future growth and development. The city should do everything in its power to support that growth through a multitude of efforts, among them right sizing the infrastructure at 27th and Highland so as to improve a sense of place. 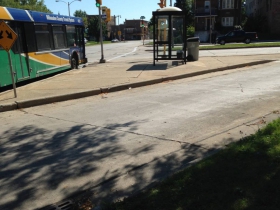 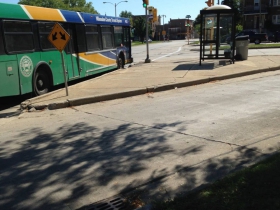 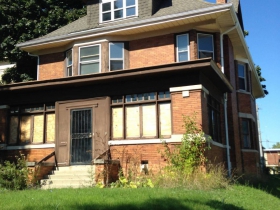 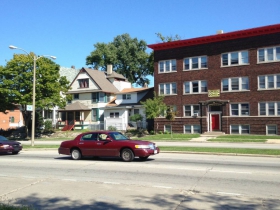 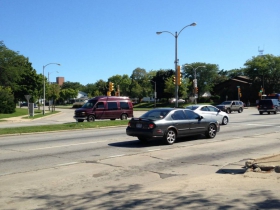 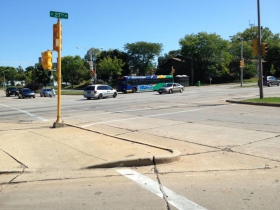 4 thoughts on “Intersection: 27th and Highland”