Far too hot in the day, the party got way cooler at night. Our photos capture the scene. 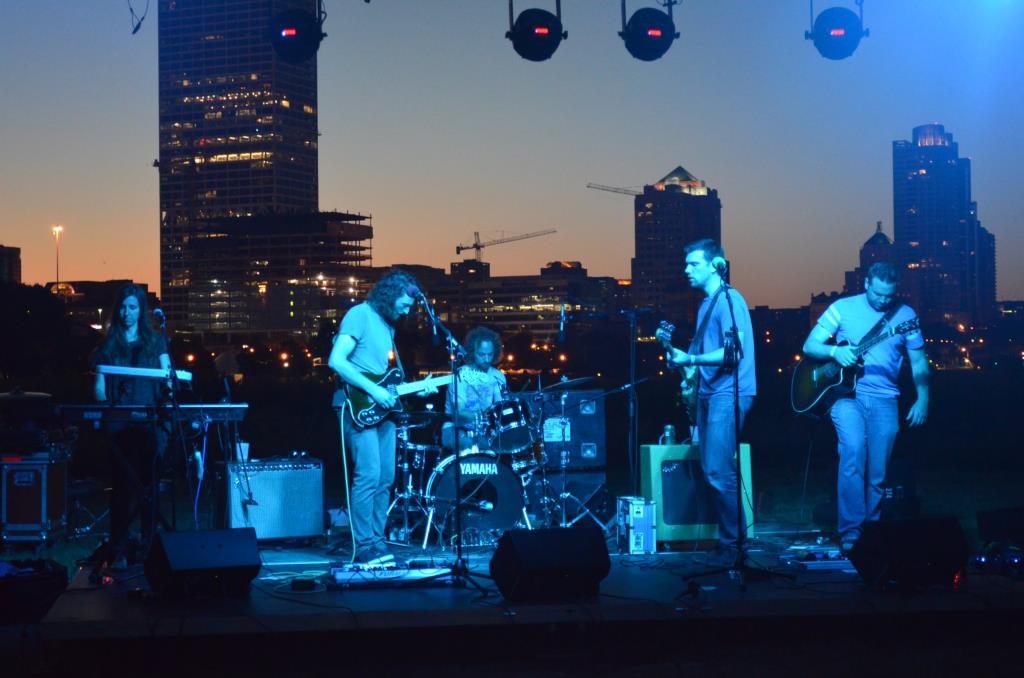 Barbeque, lawn games, and catching some rays have become a staple for many outdoor summer outings. But wouldn’t it be amazing to do all those things — and more — on an island in the middle of the lake? That’s where NEWaukee’s Urban Island Beach Party comes in.

The Urban Island Beach Party was a free event that happened last Saturday from 11 a.m. to 11 p.m. at Lakeshore State Park. While it’s not technically an island, it sure feels like one and made an unusual setting for a beach party. And all the proceeds from the event went into Friends of Lakeshore State Park and their campaign to build a new Visitor and Education Center on the park.

There were many activities to enjoy. You could engage in a yoga session, Urban Ecology Center activities, soccer, bean bag toss, kayaking, wilderness skills instruction, hula hooping, limbo and more. Though that may sound like a lot to do, many of these events were spread throughout the day. I made the mistake of going at 4 p.m., when it was so oppressively hot that I didn’t feel like doing anything. There wasn’t any live music either, just canned Top 40s music playing. All of this made the event more of a casual soirée than a beach party.

Dozens of food trucks and merchant stands were available for some eating and shopping, which was good, though often pricey. But there really wasn’t a beach, as no swimming was allowed and you could only get away with wading up to your knees. Otherwise, standing in the hot sun in a huge, grassy area with no shade was not a good time.

But I decided to head back to the fest at around 8 p.m. The fair was vastly improved now that the hot sun was gone and the cool night-time scene was illuminated by the cityscape. The area went from being the worst place to hold a laid-back event to being the best in a matter of hours.

Fires were lit along the beach for people to snuggle up against. Personally, I just enjoyed watching the moon rise into the sky and turn from blood red, to orange, to yellow, and then to creamy white.

And the live music elevated things considerably. Greatest Lakes drew in the crowd with softer sounds before Whips came in to shake everybody up with their Pat Benatar-like music. A DJ was also there to provide a danceable, electronic beat while a projection lit up a canvas with animations featuring #LifeAtKohls, which people could dance behind to show off their moves as silhouettes on the screen.

It’s amazing how much live music and the right weather can do for a festival. The change in mood made the Urban Island Beach Party go from being an underwhelming event to an enjoyable one. So if you’re looking to go there next year, my advice is show up later, take advantage of the city night, and hope for a full moon. 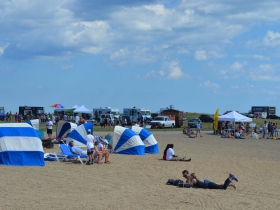 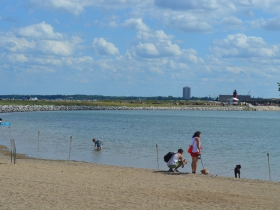 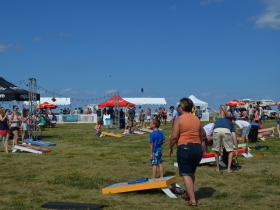 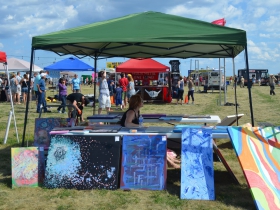 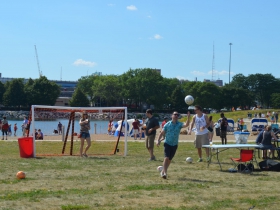 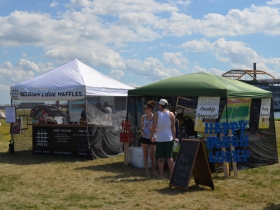