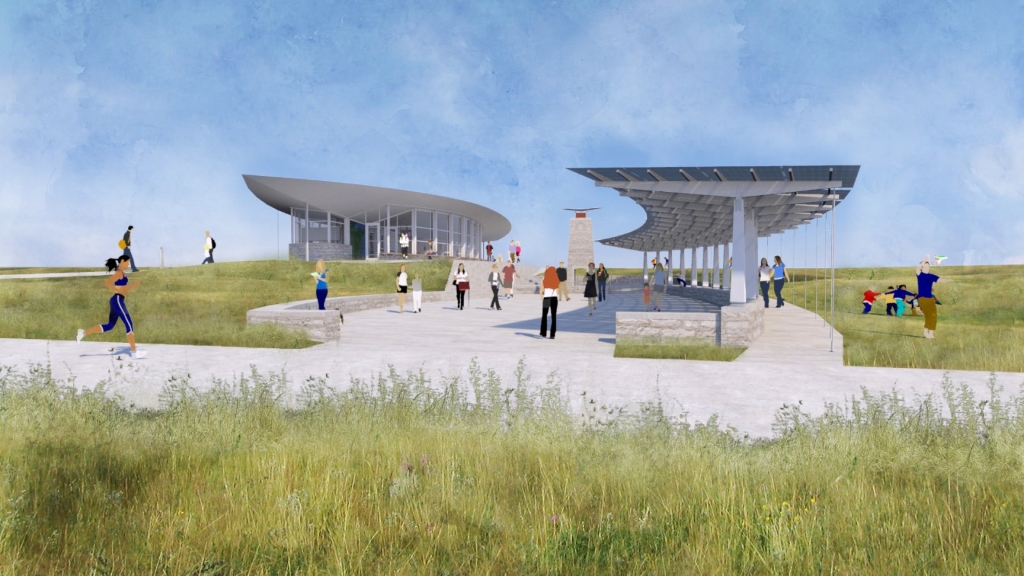 Although the “Arena Summit” (not held at Camp David) dominated news coverage last week, not much actual news came of it. (Maybe next time they can hold it at Camp David.) All the big real estate news last week revolved around Milwaukee’s lakefront.

The Wisconsin Department of Transportation, in conjunction with the City of Milwaukee, is moving forward on the Lakefront Gateway Project. The project involves WisDOT rebuilding the Lake Interchange, re-arranging multiple freeway ramps, adding a new connection to the Historic Third Ward, redesigning streets, adding a new connection to Discovery World, and adding bike and pedestrian trails.

By rearranging the freeway ramps, the city gains 2.66 acres of highly sought after land, south of E. Clybourn St. and just west of N. Lincoln Memorial Dr, that becomes available for development. During the Milwaukee Streetcar debate news surfaced Johnson Controls (JCI) was interested in the site. Ald. Bob Bauman told the BizTimes, “This is maybe one of the biggest deals ever for downtown.” Fraser Engerman, of JCI, explained why the site had appeal in a Journal Sentinel story by Tom Daykin: “a key consideration is a vibrant community with convenient transportation and easy access to our facilities,” Engerman noted. “As a result we also have a keen interest in the downtown streetcar project and are monitoring that situation closely.”

JCI later backtracked, but it is evident this prominent site is being created with the intent of luring a large firm like Johnson Controls to expand or move to downtown Milwaukee. The site is just across E. Clybourn St. from the proposed  The Couture, a $122 million, 44-story mixed-use building, and would potentially be impacted by the Preserve our Parks (POP) lawsuit as a portion of this site could be declared protected land if the group wins its lawsuit.

According to a Business Journal story by Sean Ryan, WisDOT offered a timeline whereby the extension of N. Lincoln Memorial Dr. into the Historic Third Ward, the conversion of E. Clybourn St. into a boulevard, and rebuilding the Lake Interchange would all be completed in 2016. Following these changes, the intersection of N. Lincoln Memorial Dr and E. Michigan St. will be rebuilt, by removing turns lanes to better accommodate pedestrians.

At the meeting it was also revealed that the re-configured freeway ramps could include song note artwork near Summerfest, to add visual interest. And on Monday, Ryan did a followup story reporting that N. Harbor Dr. will be altered to terminate a block north of the Summerfest Mid Gate. The plans show the road will turn and connect to the new N. Lincoln Memorial Dr. This change will allow for the creation of a large pedestrian plaza, the “Chicago Street Plaza,” at the Mid Gate.

As vital as the Lakefront Gateway Project is, what caught my eye from the public meeting was the release of additional renderings (one rendering had been released in a press release) by The Kubala Washatko Architects, Inc. (TKWA) for the proposed Visitor and Education Center on Lakeshore State Park to be created by the Friends of Lakeshore State Park (Disclosure: I used to be a member of this board).

Bob Gosse, President of the Friends of Lakeshore State Park, told Urban Milwaukee the building was part of the original master plan for the park but was removed due to budgetary cuts at the time. Gosse explained the reason behind the push to build the facility:

Important as these items are, Gosse went on to explain that a “little-known secret to the park is the freshwater educational programs” conducted on the island by the DNR. He explained that kids of all ages participate in freshwater educational programs, but common events like bad weather cause entire classes to be cancelled. And something as simple as a restroom break means students miss an inordinate amount of the class.

Further, the building is be designed to meet the Living Building Challenge, which in a nutshell means it would become one of the most environmentally sustainable buildings in the world, as only five buildings have received ‘Living’ certification to date.

“The building really becomes a teaching tool itself,” stated Gosse.

Back in 2011, MSOE Prof. Matthew Trussoni‘s Senior Design Class worked with the Friends of Lakeshore State Park to develop conceptual designs for the project, and many of the ideas are reflected in the current plans. Those designs can be seen here.

Renderings and Site Plans by TKWA 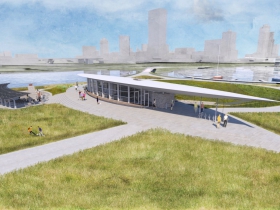 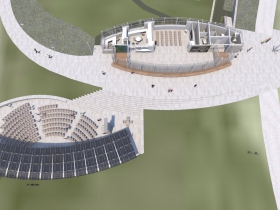 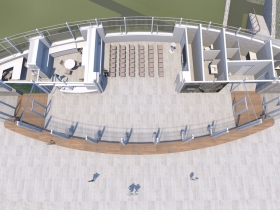 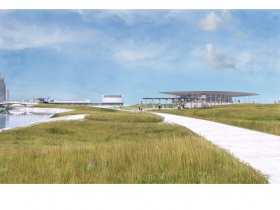 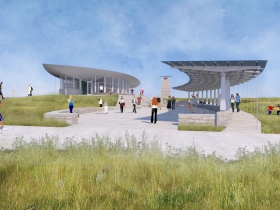 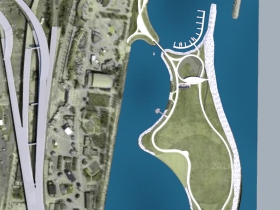 TKWA announced its own big news last week. The firm, known for its work on the Milwaukee Public Market, The Iron Horse Hotel, and numerous Colectivo Cafes, intends to open TKWA UrbanLab in Milwaukee.  The new studio will be led by architect Chris Socha.

In an email to Urban Milwaukee Socha explained UrbanLab’s mission:

UrbanLab will focus on creating a more vibrant city. The design studio will give TKWA a physical presence in Milwaukee from which we can support our ongoing urban work and explore new opportunities.
UrbanLab will also serve as a meeting place. We would like to engage the creative community in a broad discussion about how we transform Milwaukee into a more livable city. Focus will be given to how we make it a city for people first. That is, how do we make it easier and more enjoyable to move around in many ways? How do we make it a place people want to stay in? We would like to encourage thoughtful planning for a more robust, vital public realm — one that’s walkable.
TKWA uses an inclusive design process that builds consensus by clearly defining problems. With this, we hope to create a roadmap of sorts for how to enhance what’s best about Milwaukee while finding ways to improve places and connections that need work.

Don Behm, of the Journal Sentinel, reported on a strange twist in the O’Donnell Park saga. The Milwaukee County Board of Supervisors voted, 12-5, to give the Milwaukee Art Museum 90 days to make an offer to purchase or lease of O’Donnell Park. Ironically, the Art Museum had supported Northwestern Mutual’s $14 million proposal to buy the property, which the board shot down. The story also notes that the county is on the hook to spend, in the short run, $1.6 million to repair a leaking rubber membrane between the roof of the garage and the public plaza. And will need to spend $5.4 million in the longer-term on repairs due to deferred maintenance

Currently, Milwaukee County supports the art museum to the tune of $1.1 million annually. So far, this proposal for O’Donnell isn’t saving the county any money, which was the goal of selling it to to NML.

And in case you missed it, we featured the 1809 N. Cambridge Ave., project in last week’s Friday Photos.

12 thoughts on “Plats and Parcels: Plans Proceed to Enhance Lakefront”