Triumph of the Thunderbirds

The Milwaukee Air and Water Show 2015 was all about fast planes. 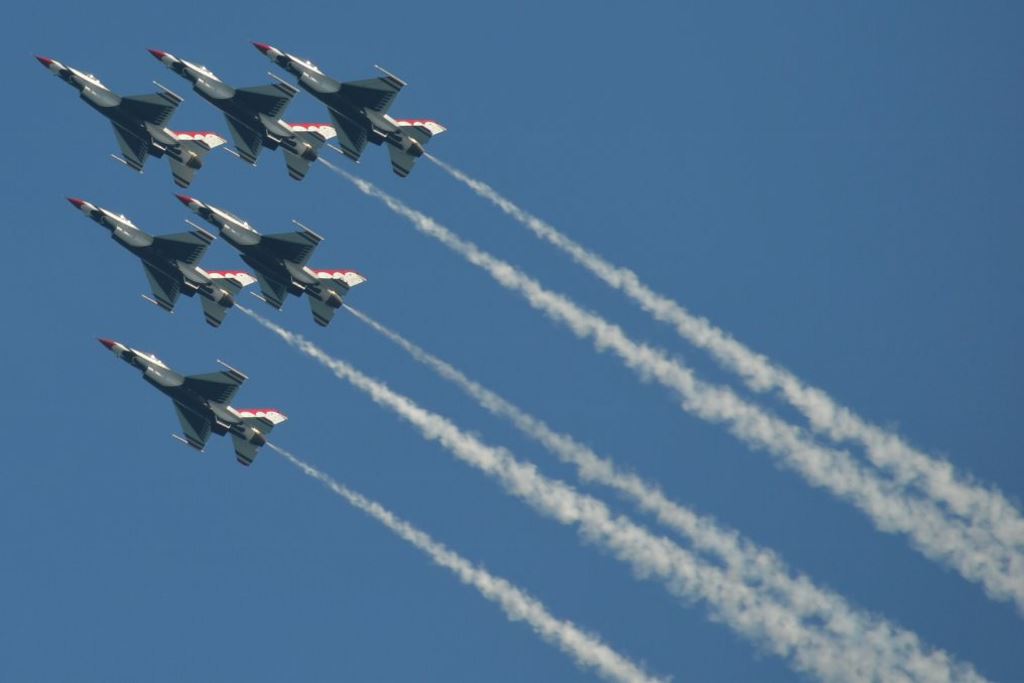 The Thunderbirds. Photo by Jack Fennimore.

It was a clear, sunny Saturday afternoon along Bradford Beach and Veterans Park. The weather could not have been better for the 7th annual Milwaukee Air and Water Show this past weekend. Water and air vehicles from past and present were on full display as they raced across the water and zoomed across the sky.

While the water show featured some fun water skiing and fast boats, the air show is where the event really took off. Airplanes zoomed, climbed, dove, spiraled, loop-de-looped and crisscrossed, as they flashed across the sky with increasingly dizzying choreography. Sometimes the planes appeared to change color depending on how the sun hit them. Some demonstrations even involved two planes making a heart in the middle of the sky with their vapor trails. The Breitling Jet Team even concluded their performance with small fireworks. Other groups included the U.S. Army Golden Knights, Aerostars Formation Aerobatic Team, Team Aerodynamix, Rob Holland, and Herb Hunter.

My only complaint: it got a bit stale in the middle of the show, with many of the same stunts, only with different planes. But the pacing would eventually pick up with a new stunt or especially dramatic move.

The demonstrations of modern stealth planes were especially exciting. Jet fighters soared so fast that you could see the smoke coming off their fronts and wings. Some fighter jets even flew around with their landing gear out or bomb hatch open, showing off the inside of their bomb storage area.

Some demonstrations were directly in honor of soldiers, including the heritage flight where World War II, Korean, and Vietnam era fighters like the P-51 Mustang and F-86 Sabre planes flew alongside modern fighter jets like the F-22 Raptor.

Of course, the highlight was the Thunderbirds, piloted by the best and brightest of the US Air Force. They deftly coordinated many gravity-defying feats: flying underneath each other, crisscrossing multiple times, and shooting out in a bouquet of vapor trails.

The show also set the stage for an induction ceremony for new members of the US Air Force. Right before the performance of the Thunderbirds, Air Combat Command Gen. Herbert J. “Hawk” Carlisle gave the new inductees the oath and formally welcomed them aboard. Carlisle declared he was “truly overjoyed to be here,” and also stressed how selective the US Air Force is.

The Air and Water show also provided a miniature State Fair of sorts. Stands selling all sorts of trinkets and food stretched for miles along N Lincoln Memorial Dr. A popular option for food was Northpoint Custard on 2272 N Lincoln Memorial Dr., which offers delicious and affordable burgers and custard treats. After so many speeding planes, what’s better than slowly imbibing some custard? 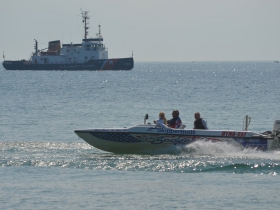 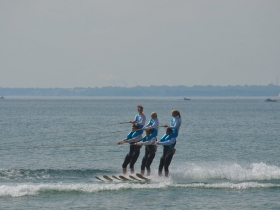 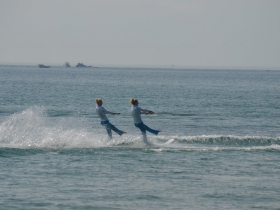 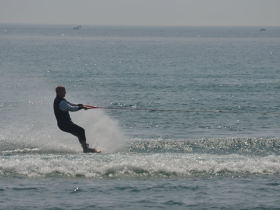 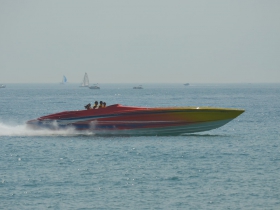 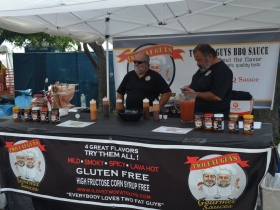 25 thoughts on “Photo Gallery: Triumph of the Thunderbirds”