The Return of River Horse? 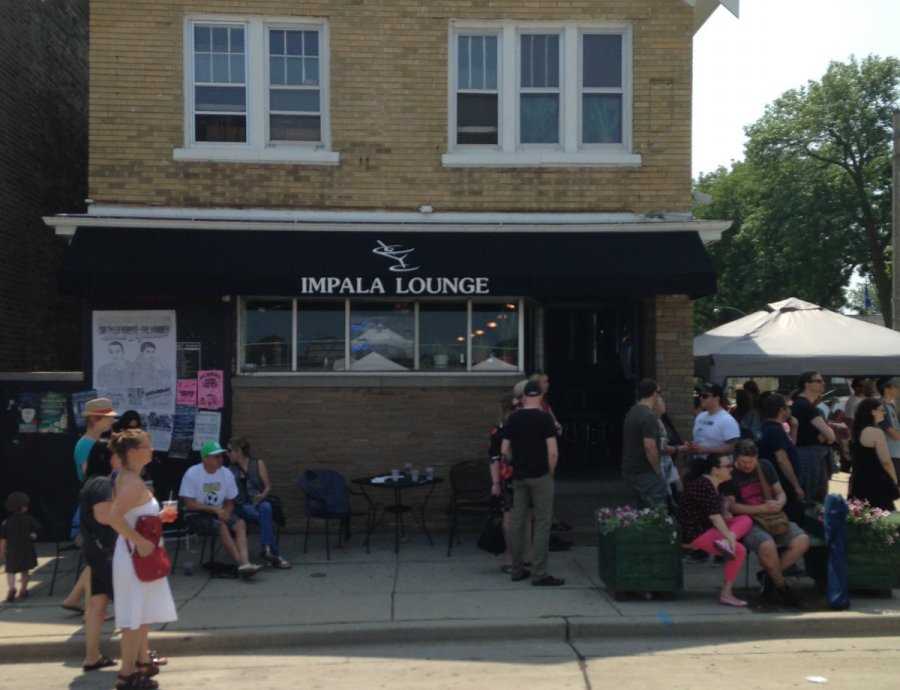 Impala has closed and has been replace by High Dive. Photo by Dave Reid.

Will it be a throwback bar?

A new tavern in Riverwest will replace what used to be a hip place and will be offering a lot of live music. High Dive, 701 E. Center St., opened over the weekend in time for Riverwest 24, according to Milwaukee Record.

Owner Jason McBrady, former Bremen Cafe bartender, is a long-time Riverwest resident and was around when the building was Impala Lounge and River Horse before that.

“I really want it to be more like early River Horse,” McBrady told Matt Wild. “I want it to be fun. Live music and DJs on the weekends.”

And no, the name isn’t intended to signal a dive bar. Heck, McBrady’s renovations include constructing a small stage, applying a new coat of paint and adding new tables and bar stools.

High Dive will have eight beers from Company Brewing on tap along with craft cocktails. They will also follow the Riverwest tradition of hanging the work of local artists around the bar.

They will serve large empanadas for $3-4 with sandwiches and salads as well as beer, wine and cocktails.

Walker’s Point is getting a fourth brewery as early as November. Urban Harvest Brewing Co. has leased space at 1024 S. 5th St, according to the Milwaukee Journal Sentinel.

Further down 5th St. Urban Harvest is slated to open a brewery and taproom with Steve Pribek as the brewer. He plans on brewing the same beer he’s been making in small batches for the past five years.

A year after opening its Growler Gallery, Ray’s Wine & Spirits, 8930 W. North Ave. has expanded it into Ray’s Growler Gallery & Wine Shop and has also added 30 patio seats, according to OnMilwaukee.com

The Gallery is a self proclaimed beer connoisseurs paradise. Patrons have exclusive access to beers only released at Ray’s and can also take home eight beers on tap in a growler, which holds 64 ounces of beer and is nothing to growl about.

Ray’s regularly hosts food trucks and has a ‘bring your own food policy’. John’s Sandwhich Shop, 8913 W. North Ave., across the street, will offer a special Ray’s patio menu and orders can be texted in.

In celebration of 20 years in business Lake Park Bistro is inviting past chefs back for an alumni dinner, according to the Milwaukee Journal Sentinel.

The multi-course dinner will be held on August 4 at 3133 E. Newberry Blvd at Milwaukee’s Lake Park Pavillion. Dishes will include bouillabaisse, duck rillettes, rack of lamb and frozen raspberry soufflé. The cost is $95 per diner.

Lake Park Bistro is part of the Bartolotta family of restaurants.

Waukesha will be home to a new brewery as early as September. Raised Grain Brewing Co. began construction in February at 2244 W. Bluemound Rd., according to OnMilwaukee.com.

A 4,000-square foot space will be roughly divided in half to create a brewery and a tasting room, with the expectation of producing 700 barrels annually.

“We’ll be focusing on what we call ‘boldly brewed beer’,” co-owner Nick Reistad told Lori Fredrich. “Our aim is to take classic beer styles a bit farther, pushing the envelope wherever we can.”

Reistad and his two partners are all from the Brookfield area and will use local food trucks as limited food options.

Raised Grain will have 12 beers on tap along with projection screens and plenty of seating.

One thought on “Now Serving: The Return of River Horse?”