Is the The Spot 4MKE A Success?

Creative Alliance Milwaukee has added life to 4th and Wisconsin, but dare we ask for more? 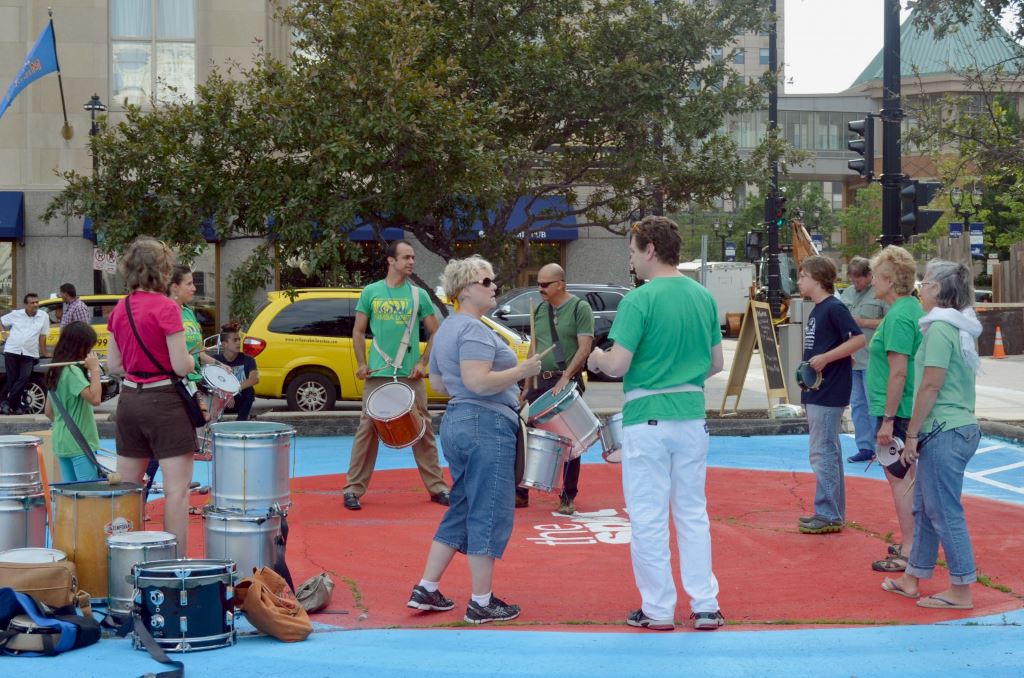 Despite being in the heart of downtown, the city-owned surface parking lot on the corner of N. 4th St. and W. Wisconsin Ave. has long been a black hole of inactivity. The lumpy, dull-gray lot lined with cigarette butts induces many pedestrians to keep their heads down and their legs moving at a brisk pace. The area has hosted several vibrant events, such as last summer’s Night Market by NEWaukee, 2012’s Downtown Baseball Block Party, and even the Milwaukee IndyFest Street Party for a number of years, but the area would revert to an urban void right after these events ended. That’s why Creative Alliance Milwaukee stepped up to the plate to revitalize the area. And on July 22nd, we got to see the very first stages of the activation of the area, now dubbed “The Spot 4MKE.”

We covered CAM’s plans for the area previously. In summary, the group planned to bring life to the area by installing temporary, adaptable, reusable structures, places for smaller businesses to set up shop and create structures to engage passing pedestrians. The Lighter, Quicker, Cheaper (LQC) development, as CAM calls it, is meant to transform the area at minimal cost while allowing for experimentation with different layouts and types of business available.

CAM was first asked to create a plan for the area by the Wisconsin Avenue Milwaukee Development Corporation (WAM DC LLC). CAM then set up a creative problem solving process, dubbed 4MKE, to figure out the best course of action for the area. For the past 18 months, 4MKE incorporated community input from over 1,700 people, research on the effects of the built environment conducted by Chris Socha of The Kubala Washatko Architects, Inc., and inspiration from similar areas in other cities. The plan was funded by the $100,000 Southwest Airlines Heart of the Community grant and $100,000 of in-kind support, technical assistance, and workshops from the Project for Public Spaces.

July 22nd marked the day all of that planning finally got tested. And, for the most part, it succeeds. The Spot 4MKE’s first steps were indeed baby steps, but it’s already much better than the stagnation that previously plagued the area.

A handful of picnic tables with umbrellas provided guests a place to rest and play a round of cards or giant Jenga™. The only food stand available was a stand for Mr. Dye’s Pies, which boasts delicious yet pricey sweet potato and pecan pies. A fairy also made its way to the area for photo ops (I’m serious; look at the photo gallery).

The Milwaukee Public Library partnered with Ex Fabula, a group that promotes community building through storytelling, to promote a new exhibit at the library celebrating the works of Maurice Sendak. Their stand encouraged passers-by to write a story about a time they “went wild” on a yellow sliver of paper and attach it to a board filled with other slivers about Sendak’s Where the Wild Things Are. The story-filled board would go on display in the library.

The Wisconsin Conservatory of Music Samba Unit treated people to the sound of samba drums as they held their weekly class in the area. The group has been holding its samba drums class in the area long before it became what it is today, but now they have a space to truly claim as their own. They even offered passers-by the chance to join in on the fun.

CAM has claimed the area via the colorful painted areas that lined the perimeter of the L-shaped area on the corner of N. 4th St. and West Wisconsin Ave. Some sections of the painted area allowed young people or the young at heart to partake in a round of hopscotch and other games. There were even some toys left around for kids to enjoy. At the far end of the area (or in the middle of the lot) lies a mural in progress by artists from TRUE Skool, Inc., an organization that engages young artists in social justice, community service, and civic engagement through art projects.

The only thing that came close to an opening ceremony was when Mayor Tom Barrett, Ald. Bob Bauman, and the rest of the touring group stopped by The Spot 4MKE as part of the mayor’s 100 Miles in 100 Days Challenge, a walking tour that covers most of the Milwaukee area and raises awareness for exercise and groups like the Milwaukee Humane Society, led that day by Joaquín Altoro and Joan Johnson. Barrett said he was very proud of the work that went into the area and “couldn’t be happier” with the support of the grant and the community. Bauman added that for 25 years he used to get “angry” when he walked by the surface parking lot, but not anymore. He also applauded CAM and its “creative thinking on a modest budget” for making the area what it is today. Maggie Kuhn Jacobus, CAM’s President and CEO, and Carol Voss, CAM’s Director of Communications and Special Projects, were also there to help explain to the tour how the area got to where it is today. Voss said that “everyone should find a spot” in the area and that it will continue to offer “surprise and delight” throughout the year.

While I am heartened by the work that’s been done to liven up the area, I think The Spot 4MKE has much more potential. Its debut was modest at best, with only a handful of things to do and see. Then again, it had to compete with this summer’s Night Market. Still, while it’s a small step for the area, it’s still a giant leap from what it was before.

The area is open for the public to enjoy at any time, but there will be more events happening in the area throughout the summer and beyond. Check out CAM’s website for more information. 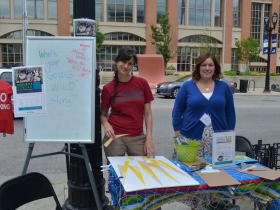 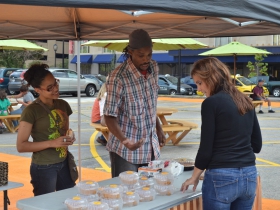 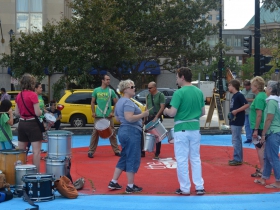 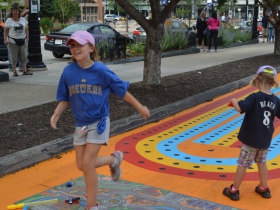 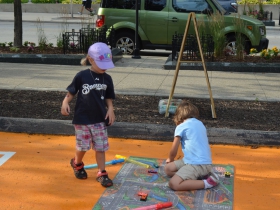 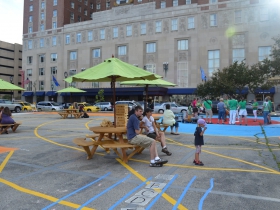 5 thoughts on “Is the The Spot 4MKE A Success?”