Milwaukee Public Library exhibition celebrates the life and work of the children's book writer and illustrator. 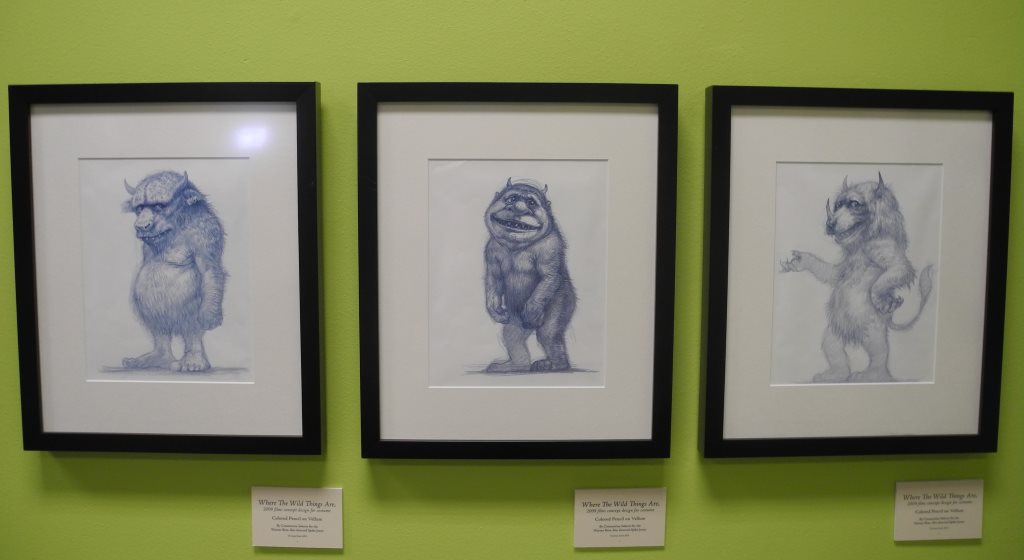 Where the Wild Things Are. Photo by Laura Thompson.

The Milwaukee Public Library is hosting an exhibition celebrating the creative output and legacy of acclaimed children’s book author and illustrator Maurice Sendak (1928-2012). The exhibition, which is entitled “Maurice Sendak: 50 Years, Works, Reasons,” presents 50 samples of his work, ranging from sketches and illustrations to excerpts from letters he wrote to fans, and also incorporates some of his artistic work outside of children’s literature. The works are supplemented by commentary and insights from artists who knew him. The exhibition opens today and runs through August 23, 2015. Boswell Book Company will be selling Sendak-related merchandise at the Central Library, 814 W, Wisconsin Ave., for the duration of the exhibition.

The exhibition was planned to celebrate the fiftieth anniversary in 2013 of the publication of Where the Wild Things Are, Sendak’s most famous and beloved book. As Library Director Paula Kiely recounted, “The exhibit has been traveling around the country to art museums and public libraries. The Milwaukee Public Library is the only venue within Wisconsin to host this exhibit. So we hope people from all over Wisconsin and even northern Illinois drive to Milwaukee to see this great exhibit. It’s a once-in-a-lifetime opportunity.”

The overarching goal of the exhibit is to engage children in the pleasure of reading. At a media event at the library on Thursday afternoon, Mayor Tom Barrett declared, “What we are doing right here is a long-term investment in the children of this community. We have garnered the resources to have this traveling exhibit because we want children to be read to by their parents. And the reason this is so important is that it’s not just about books, it’s not just about fun; it’s about planting the seed in our children’s minds about how important reading is in their life.”

The Central Library has planned a family kick-off event this Saturday, July 11 from 10 a.m. to 1 p.m. “If you come on Saturday,” Kiely said, “you can meet a wild thing, meet the library’s mascot, Browser, the library lion (and) the kids can have their faces painted, create a Sendak-inspired piece of art with Artists Working in Education, and see lots of live performances.” The free event will also include music, monster snack decorating, dance activities with Mind, Body, & Soul Dancers, and comedic performances by Kidsplay.

The Milwaukee Public Library Foundation – a private group that fundraisers for the library – has also organized an event on Saturday called the “Read a Book Ball.” MPL Foundation Executive Director Ryan Daniels said the idea of the virtual ball is for people to stay home and read a book, then take the money they would have spent on going out and donate it to the library. “Our mission is to go above and beyond what the city budget allows, to help us do things that may be new or particularly exciting or special, just like this exhibit,” Daniels explained.

Librarian Christina Gomez, the lead organizer of the exhibition, said her role involved both coordinating with the traveling exhibit and also deciding how to adapt it to the Milwaukee Public Library. “Part of it was really developing the idea of what we want the experience to be when people come into the library, so it’s everything from the layout to supplemental things, like the wonderful photo backdrop and the banners we have around the building. We also wanted to make sure we had programs that celebrated the books and engaged people on another level.”

The library has scheduled a variety of events throughout the summer at its various branch locations in conjunction with the Sendak exhibition. The Central Library will host a “Wild Rumpus Sleepover” for children and parents in August, and the Forest Home and Zablocki libraries will host “Where the Wild Things Are Stuffed Animal Overnights” in July. The other branch libraries will be hosting Sendak-themed story times, “wild rumpuses,” and mini-movie marathons. The library has also planned an event for adults – a screening on August 15 of the Spike Jonze film adaptation of Where the Wild Things Are, followed by a panel discussion with film critics and children’s literature experts.

In describing Sendak’s impact, Gomez said, “He is known as one of the most influential children’s illustrators of the twentieth century, and he’s credited with changing the look and content of children’s picture books by telling stories from the point of view of children. One of my favorite aspects of his work is the emotional honesty in his choice of themes. He doesn’t shy away from things like monsters, and being kidnapped, nightmares, and running away, and really does recognize the feelings of fear and anger that are important parts of childhood experience.”

In addition to money from the Milwaukee Public Library Foundation and from the city budget, funding for the exhibition was also contributed by the Brewers Community Foundation, Pick ’n Save, and Brewers Wives.

“Of all the gifts that we can give our children,” Kiely said, “the gift of the love of reading, and the ability to read is one of the most valuable things we can pass on. Our mission is to help people read, learn, and connect. And what a great way to connect with literature — to come to the Central Library and see this exhibit.”

During his introduction of the exhibit, Barrett noted “study after study that shows that kids that don’t have exposure to reading in the summer are much more likely to fall behind in their schoolwork. I don’t want that to happen. I want to avoid that at all costs. And so I want parents to know what an incredible library we have here in Milwaukee. The Central Library of course is the jewel, but if you don’t want to come here, come to one of our neighborhood libraries. Reading is cool. Libraries are cool. This is the place where young people can have their imaginations just run wild.” 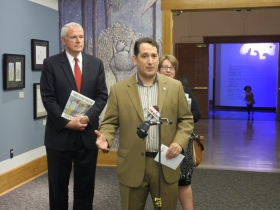 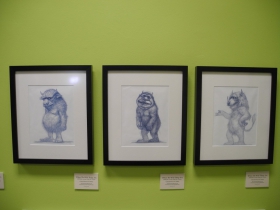 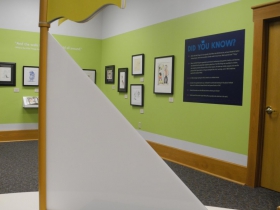 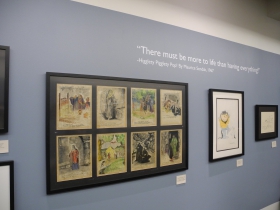 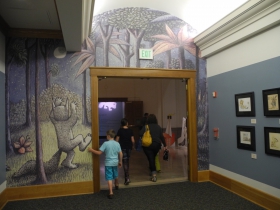 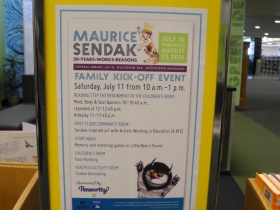