Buckley’s Getting Much Bigger 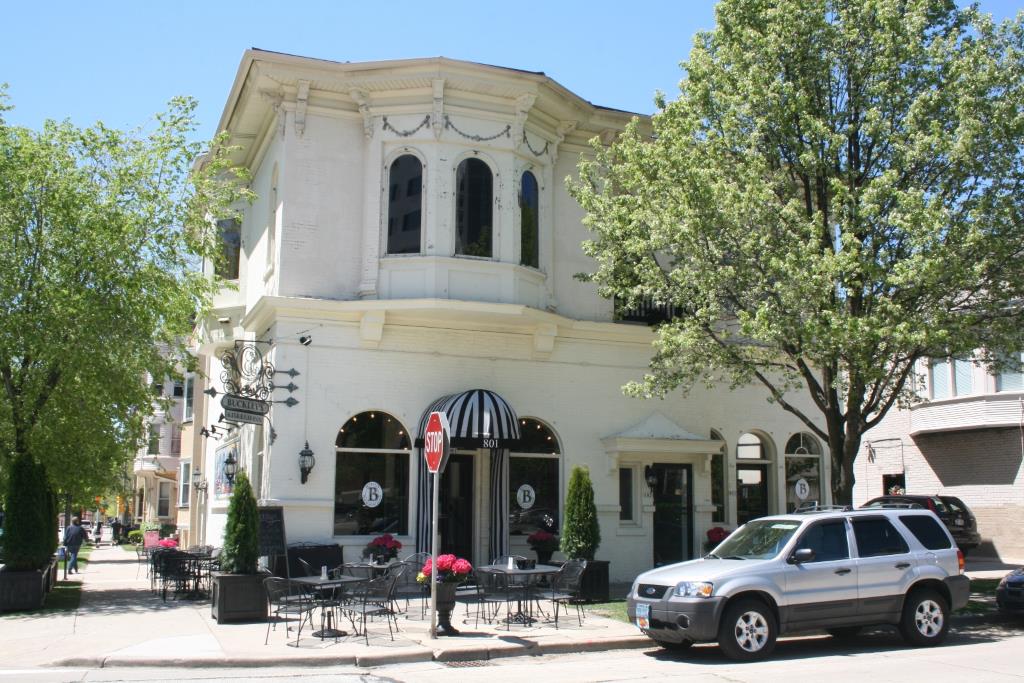 As the city goes, so goeth its restaurant scene. Buckley’s Kiskeam Inn at 801 N. Cass Street will be tripling its capacity, owner Mike Buckley has decided.

Buckley told Lori Fredrich of OnMilwaukee that the new apartments, high rise condos and Northwestern Mutual tower getting added to the area have pushed him to expand from 45 seats inside and 25 patio seats to a new total of 200 seats.

According to Buckley, the restaurant’s super-eclectic menu will remain the same under new executive chef Christian Schroeder.

The weekend of July 23 at 1427 Underwood Avenue is where and when Lucky Joe’s Eatery and Alchemy is set to have its grand opening in Wauwatosa, according to On Milwaukee.

Lee Guk, co-owner of Lucky Joe’s Tiki Room in Walker’s Point, is teaming with Frank Harroun and Chad Polczynski. The intention is to open a speakeasy bar with specially crafted cocktails and small plates.

Guk has wanted to expand into Tosa for a while and the partners originally were looking at a building at 6502 W. North Avenue. Then they found a listing on Craigslist where One Way Cafe used to be.

They have been posting pictures on their Facebook page of renovations and what the space will look like.

The space has 49 seats, mostly booths, with moveable seating for live music events.

Their seasonal cocktail menu is slated to change monthly. They’ll also have 24 wines (split of 12 red and 12 white), along with 25 bottled domestic beers.

The eatery will be open Monday-Thursday 4.p.m. to close; Friday and Saturday open 2 p.m. to close and on Sunday for brunch from 10 a.m. to 3 p.m.

Bob Nicholson spent years at Matty’s in New Berlin. He is now partnering with Mark Lutz, co-owner of West Allis Cheese Shoppe, according to The Milwaukee Business Journal.

Ka-Bob’s is planning on serving American meals with a southwest and mediterranean style. Nicholson will utilize fresh and local ingredients.

Lutz will lease the two storefronts at 6801 and 6807 Beecher Street and combine them for Ka-Bob’s. Current plans are for a fall opening.

It hardly seems likely the Wisconsin State Fair could have more cheese and bacon, but in fact, it can and will.

Over 100 new items have been added to the already jam packed menu. The Milwaukee Business Journal broke it down into 4 parts; bacon, cheese, stuff on sticks and sweets.

The state fair is making it easier with a search engine on their website. We searched and found three pages full of bacon, two pages worth of beer in the food and almost six entire pages of cheese. Hey, this is “America’s Dairyland.”

Looking to get warmed up for the fair? We took a lot of pictures of the fun last year.

After last weeks list of New York style wine-centered dinners another one is planned for July 23, according the The Milwaukee Journal Sentinel.

The Abbey Resort in Fontana, 269 Fontana Boulevard, on Geneva Lake will feature Bordeaux wines from Chateau Latour. These fabled wines were mentioned multiple times in Thomas Jefferson’s memoir as among his favorites. All that time he spent in France, no doubt.

Steven Davis of Cuvee Wine Merchants will be in attendance to discuss the wines of the evening. The dinner will cost $75 and reservations are required.

A final dinner for the summer is planned for August 27.

France is good at wine, but Italy is no slouch. The Third Ward is bring an all-star lineup of Italian wines, according to The Milwaukee Journal Sentinel.

On Friday July 17 Milwaukee Public Market will host a wine-tasting with over 35 wines all from Italy. The second floor of the market will have 10 different food and wine stations open to general admissions tickets, $35, from 7 to 9 p.m. Reserve-level tickets, $50, will be allowed in at 6:30 p.m. with access to seven other wines and a 45 minute tasting and an Italian wine discussion lead by master sommelier Jesse Becker. All guests will receive a complimentary wine glass they can take home.

Is it possible a place serving all kinds of melted cheese dishes could fail in the Land of Cheeseheads?

Apparently. After three and a half years serving just such fare, the Melthouse Bistro at 1857 E. Kenilworth Place has closed.

They made the announcement on their Facebook page July 11. The next day they served their final cheesey meal.

And then the owners melted away.

4 thoughts on “Now Serving: Buckley’s Getting Much Bigger”