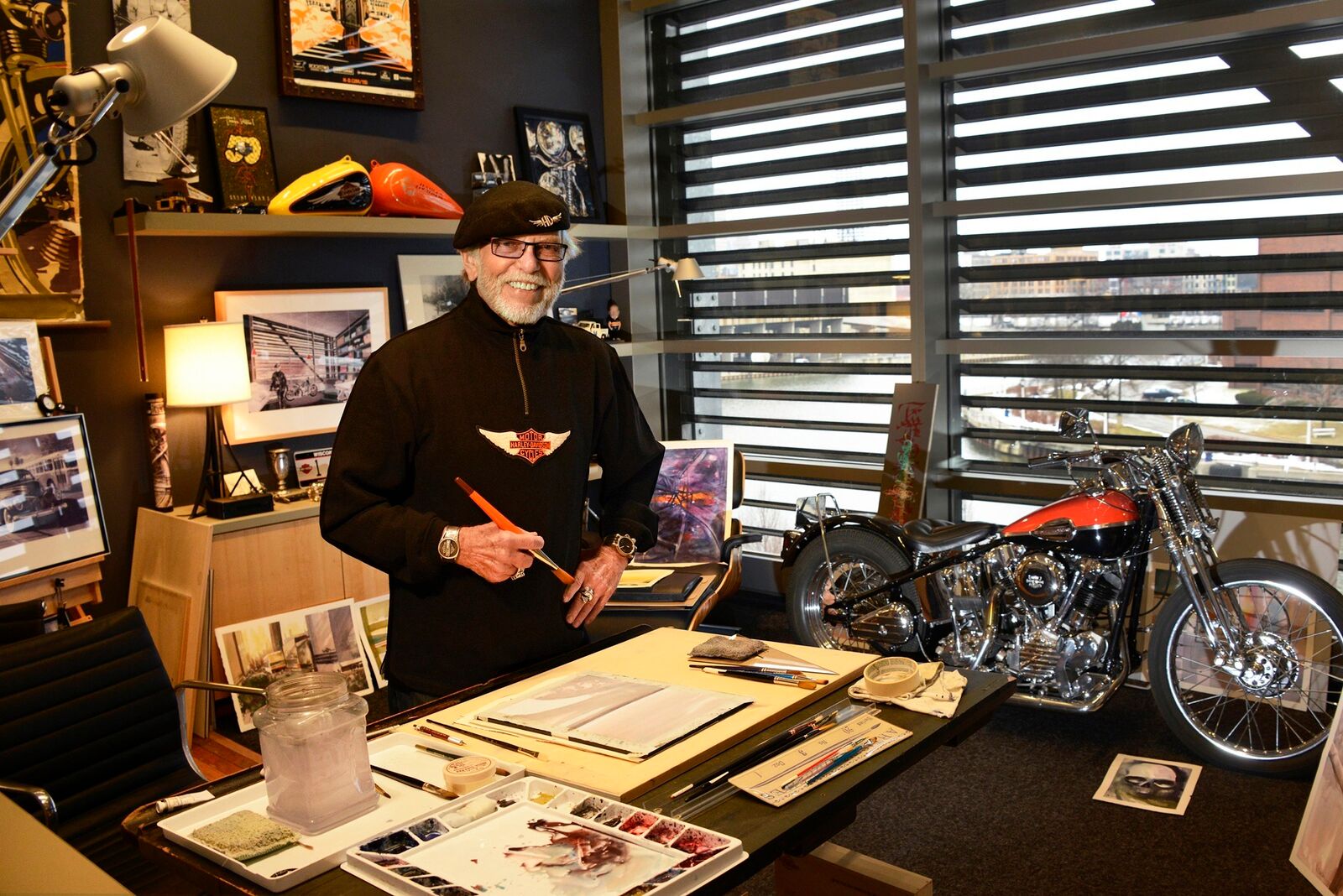 “I was born with gasoline in my veins and a crayon in each hand.”

This quote greets museum goers as they walk into the Harley-Davidson Museum’s special exhibit for this summer. The exhibit commemorates the life and achievements of Willie G. Davidson, Harley-Davidson’s first design director, who has worked there for 49 years. He is one of the most influential and recognizable people in the company and his designs and achievements have inspired generations of motorcycle fans across the globe. I attended a preview of the show with Jim Fricke, Curatorial Director, and Lisa Remby, Manager of Marketing & Communications.

Willie G. was born in June 1933. His grandfather, William A. Davidson, was one of the founders of the company in 1903 and his father was president from WWII to the 1960s. So naturally, he got into motorcycles at a very young age as evidenced by the family photos and the reproduction of his first bike, the 1948 Model S.

Willie G. also developed a passion for art at a very young age, which he integrated with his love of vehicles. Watercolor portraits and intricate diagrams of motorcycles he sketched when he was 14 can be found all around the museum floor. He went to UW-Madison for an Applied Arts Major. After developing an interest in the custom car culture of the West Coast, he traveled to a school in Los Angeles that specialized in industrial design. He then landed a job at the Milwaukee-based Brook Stevens company, where he designed everything from Cushman scooters to “space-age bachelor pads,” as Fricke called them.

In 1963, Willie G. joined Harley-Davidson as its very first design director as his brother, John, became president. It was there that he combined the classic style of Harleys with the design and culture of custom cars, creating jazzy bikes that immediately struck a chord with customers. Three bikes in this style can be seen in the museum: the 1971 FX Super Glide, 1977 XCLR Café Racer, and the 1980 FXB Sturgis. He also set up the Product Development Center in 1977 to provide a place for his visions to come alive.

Willie G. continued to gain popularity throughout his career at Harley-Davidson. He continued to design not only bikes but also snowmobiles and even golf carts. He attended rallies all around the world, riding along with Harley fans wearing his bandana and leather jacket and riding in his own 1980 Custom Belt-Drive Wide Glide. He insists on personally responding to the mountains of fan letters that he receives.

Harley-Davidson, meanwhile, was bought back to life by 13 executives from AMF in 1981 after some shaky years for the company. While CEO Vaughn Beals was the most instrumental person in buying back the company, many also credit Willie’s role in representing the heritage and values of the company. Willie has won many awards, including an award from the Motorcycle Design Association for his 2001 V-Rod (whose actual clay model is on display in the museum) and the Lifetime Design Achievement by NAIAS on June 20, 2009.

Before his retirement in 2012, Willie made sure that his values and philosophy will continue to live on. He nurtured a team for a new generation of designers, and his children, Bill and Karen, have gone on to become executives of the company. After retirement, Willie G. continued to be an ambassador of the company while becoming more active in painting. Willie G. painted all throughout his life, but his work duties often meant he had to put that on the side. Now he “wrecks paper” in his studio at the Harley-Davidson Museum every day, he says, creating everything from the landscapes of Door County to abstract cityscapes and designs.

All of the items in the exhibit are from Willie’s personal collection. Fricke believes that the items artists choose to surround themselves with show their character, and the exhibit is no exception. The exhibition’s countless design diagrams, paintings, and even scribbled notes on a paper bag fished out of a rest stop trash can show that Willie G. was a man dedicated to his craft. The many models and toys of custom cars and Native American embroidery and art show Willie’s fascination with folk art. Folk artists typically lack formal training and instead rely on their intuition in creating their work. And this kind of intuitive design and passion also informed the work of Willie G.

The exhibit also includes gifts he received from fans: caricatures and sculptures, rally shirts and a picture of a man’s tattoo formed from Willie’s autograph, done on the man’s arm with Sharpie®. It’s all part of the impact Davidson has had on so many Harley fans.

The exhibit runs through September 7 at the Harley Davidson Museum, 400 W. Canal St., and is worth a visit. Who knows, you might just run into Willie G. himself! 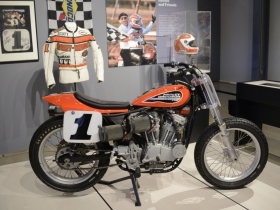 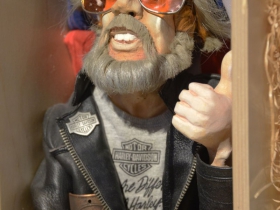 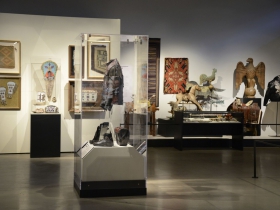 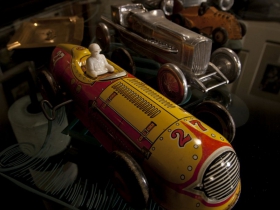 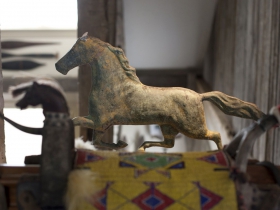 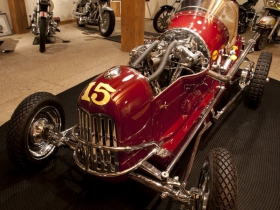 0 thoughts on “The Legacy of Willie G. Davidson”