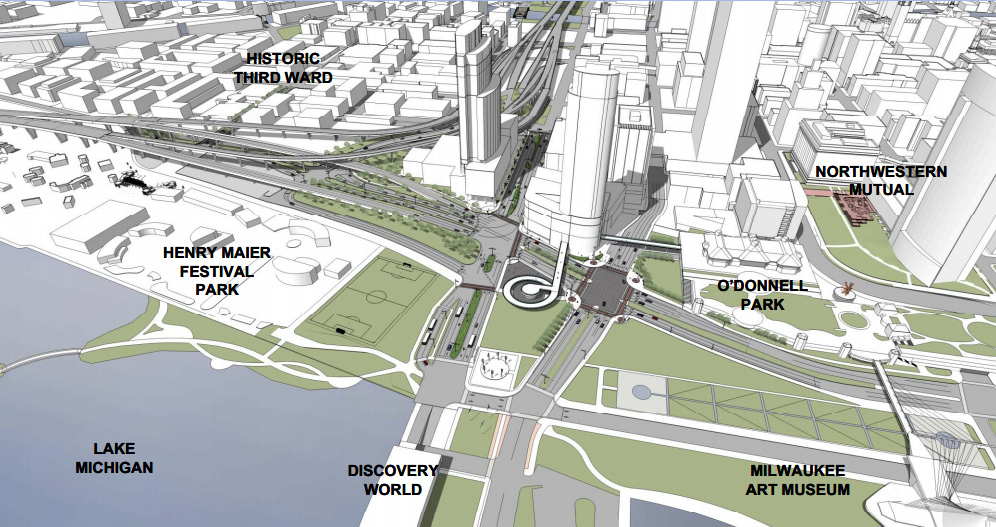 It was back in January that Ald. Bob Bauman claimed that Johnson Controls Inc. (JCI) was interested in building an office building on a 2.66 acre lot that is being opened as part of the Lakefront Gateway project. If there was any question as to whether Bauman was just blowing smoke, we now know the answer:

According to a story by Sean Ryan and the Business Journal, the city is considering splitting the cost of doing due diligence on the site, located south of E. Clybourn St. and west of N. Lincoln Memorial Dr., with JCI. The city would provide a $250,000 grant through an existing Tax Incremental Financing (TIF) district. Fraser Engerman, JCI director of global media relations, told Ryan, “The study will examine the feasibility of the site for a building.”

The study is needed due to a lawsuit involving Preserve Our Parks which will determine if the land can be developed. And this in turn meant that city had to help fund the study. “Who wants to spend a half a million on site engineering only to have a court declare it unbuildable?” Bauman said.

As Mayor Tom Barrett explained, “The city and JCI are sharing the cost of various tests and analyses, work that is essential no matter who ultimately builds on the southwest corner of Clybourn Street and Lincoln Memorial Drive.” So If JCI were to later decide against building on the site (and the company has indicated it will continue investigating other sites for possible expansion, including in surrounding communities), there would be a feasibility study available for any other prospective developer.

According to another Business Journal story by Ryan, four developers, including one from out-of-state, responded to a city request for proposals to develop the property at 1027 N. Edison St. along the Milwaukee River. The asking price for the property is $840,000 and the RFP required developers to build a structure of six to 10 stories, and to extend the RiverWalk. This isn’t the first city RFP for this site. In December 2007, Russ Davis proposed building an environmentally friendly, eight-story, mixed-use building called Edison Green, but the project never got underway.

In April, my colleague Michael Horne broke the news of a plan to renovate the historic Mackie Building, 225 E. Michigan St., and build a new mixed-use building just to the south of it. Josh Jeffers, who owns the building, plans a $12.4 million conversion of some vacant space in the building into 25 high-end apartments. According to a story in the Business Journal by Ryan, Jeffers is seeking $900,000 in city TIF financing for the project. On May 21st, the Redevelopment Authority of the City of Milwaukee will consider the TIF request.

And in case you missed Alison Bauter’s “First look” at Marquette University’s proposed multi-purpose, co-curricular athletic research facility, which is being developed in collaboration with the Milwaukee Bucks, on land recently purchased by Marquette on the 800 block of W. Michigan St., we’ve provided the renderings below. 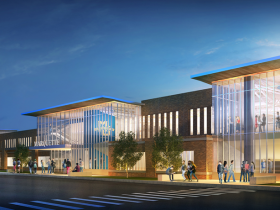 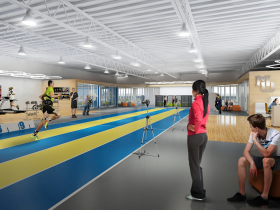 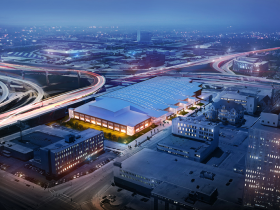 Within days of receiving positive recommendations from the City Plan Commission, the five building, 307-unit apartment complex proposed for S. Robinson Ave. in Bay View, and the 450-unit apartment complex planned along the Milwaukee River on the East Side, known as River House, posted bids for construction to start this year.  The Bay View project received approval from the Zoning, Neighborhoods & Development committee and the from full Common Council yesterday. While it has an estimated start date of September 28, 2015, the River House’s developers actually hope to get started by the end of July.

In the Historic Third Ward, according to a Business Journal story by Ryan, three connected warehouse buildings at 311 N. Broadway will be converted into first-floor retail space and 14 apartments. Construction is expected to start in June.

-On May 8th, Ryan reported for the Business Journal that the city was applying for a $15 million federal TIGER grant to build the streetcar spur to The Couture, a 44-story high-rise proposed to be built on the transit center site along the lakefront.

-A report by Multi-Housing News forecasts 2,000 new apartment units will open in the Milwaukee area in 2015 with an effective rental rate of $963 a month. The vacancy rate for Milwaukee is forecast to come in at a low 3.1 percent and the publication estimates an average cost to build a unit of $67,577. That’s good news, though in pales in comparison to Twin Cities:  the Minneapolis/St. Paul region is expected to have 5,000 new units this year, and a vacancy rate of 3.4 percent, the publication reported.

And in case you missed it, we featured the Frederick Lofts, project in last week’s Friday Photos.