Photos of this major residential project, another addition to a virtual mini-city replacing the old Pabst Brewery. 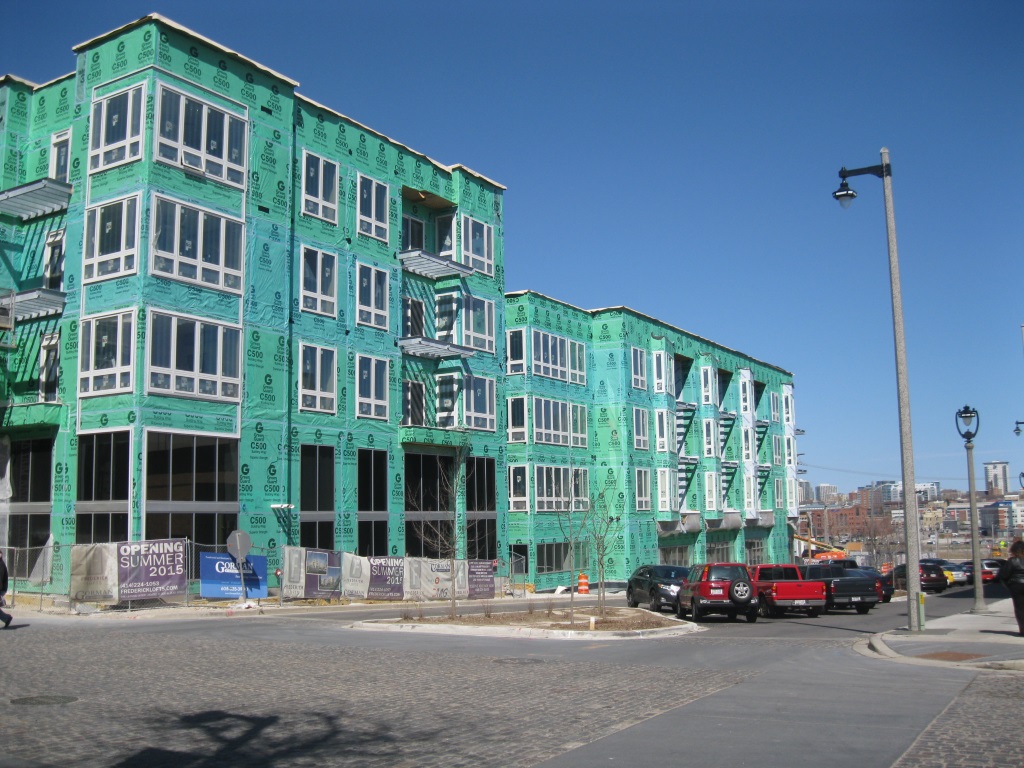 Not so many years ago, the Pabst Brewing Complex was a ghost town at all hours of the day. The abandoned brewery, which abruptly closed its doors in 1997, served as a highly visible reminder of Milwaukee’s industrial past, looming over Interstate 43 with unused smokestacks and silos. Then in 2006, Joseph Zilber stepped in to buy the complex, rebranding it “The Brewery” and set out to build an entire neighborhood within it.

Gorman & Company has been an important partner of Zilber Ltd in the creation of The Brewery. The Oregon, Wisconsin-based firm has developed the 90-room Brewhouse Inn & Suites hotel in the former brewhouse building and the 95-unit Blue Ribbon Lofts apartments in the former keg house. With many of the historic structures renovated (or in the process of being so), Gorman has now started developing new buildings in the area.

Gorman’s 100-unit Frederick Lofts apartment building is scheduled to open this summer at the northeast corner of W. Juneau Ave. and N. 9th St. The privately-financed project will feature exclusively market-rate apartments. The project is named after Pabst namesake Captain Frederick Pabst. From 1875 to 1892 Pabst lived in a home on the site. Prior to that (and before mechanical refrigeration) tunnels were installed underneath the site to keep beer cold; construction crews found those tunnels on accident last April.

This residential project will take advantage of the recently rebuilt W. Juneau Ave., which was converted from a street designed for beer delivery trucks to a more human-scaled boulevard like Broadway in the Historic Third Ward.

Residents of the project will be able to park in an underground parking facility or in a surface lot behind the L-shaped building.

Frederick Lofts residents might soon find themselves with new neighbors as the new owners of the Milwaukee Bucks are seeking to build their own neighborhood just east of the The Brewery in the Park East corridor.

Our photos capture the final elements of the facade being installed on the building. 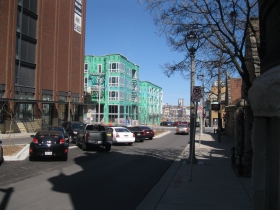 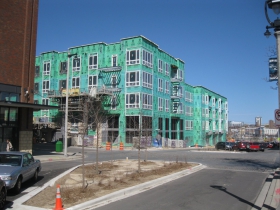 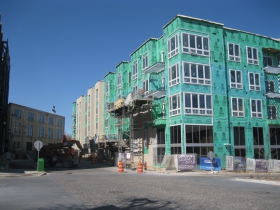 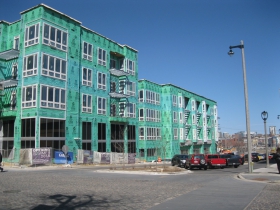 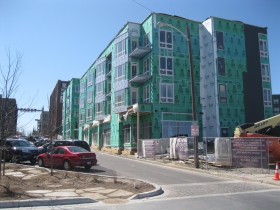 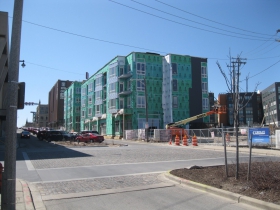