Digging Up Our History

Construction of Frederick Lofts has unearthed tunnels used by Pabst Brewery to keep its beer cold.

By Dave Reid - Apr 11th, 2014 03:45 pm
Get a daily rundown of the top stories on Urban Milwaukee
Hundreds, possibly thousands, of new apartments are planned to start construction in near downtown neighborhoods in 2014.  The first of these projects to get underway is Gorman & Company’s Frederick Lofts development, at N. 9th St. and W. Juneau Ave, the former Pabst Brewing Co. site now known as The Brewery.

When finished the four-story building will have 100 market-rate apartments over a level of parking.

Early construction work has revealed a little bit of Milwaukee’s history.  From 1875 to 1892 this property was the site of Frederick Pabst‘s home, then at 828 Chestnut St. Brewing on Chestnut St. hill started in 1844 and tunnels would have been used to keep beer cold until at least 1870s when mechanical refrigeration started replacing the use of tunnels. Our photos show two tunnels, possibly beer storage tunnels, that have been unearthed and are being drained. 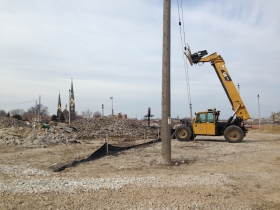 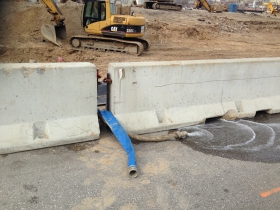 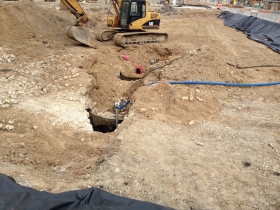 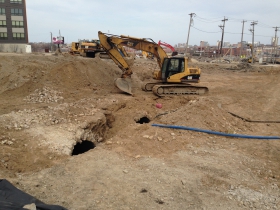 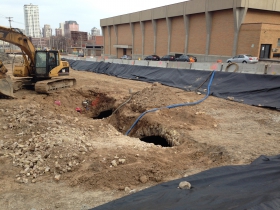 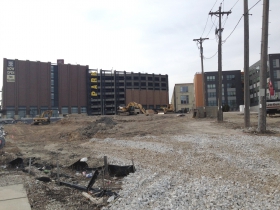 3 thoughts on “Friday Photos: Digging Up Our History”