"Being the most segregated city in the country. It hurts us on so many different levels." 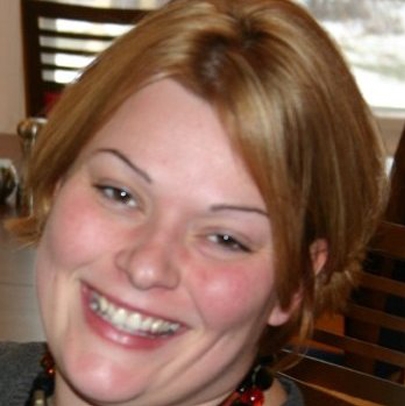 I’m first and foremost a Cold Caller Extraordinaire, but my main responsibility is building the company I co-founded, B2B Dynamix, into an empire that will take over the world. A fun-loving, benevolent empire, not the unpleasant fascist variety. B2B Dynamix provides business development programs for companies that sell to other companies.

I also sit on the board of a non-profit called My Home Your Home (MHYH) and do a lot of fundraising and advocacy for Lissy’s Place, which is a haven for homeless women. Programming at Lissy’s Place promotes independence, both emotionally and financially.

Lastly, I sit on the Church Council of a place that doesn’t mind that sometimes I might be an atheist, Plymouth UCC Church. It’s a small beautiful church on the East Side that does actual good in the community without the weird rules and scary views.

I’ve lived in Milwaukee for 17 years. The Jesuits lured me here with promises of an electrical engineering degree from Marquette and really great St. Patrick’s Day parties on campus.

I’ve always been a big fan of the people mover in Detroit. Who doesn’t want to float around above downtown Milwaukee? I’d also like to see more Greek restaurants, similar to Greektown in Chicago. Nothing fixes a bad day like some delicious cheese going up in flames while a man yells “OPAAA!” at you. More hibachi restaurants would also be good. Come to think of it, I’m just a big fan of food on fire. And floating people.

What is the one thing you’d like to change about Milwaukee?

Being the most segregated city in the country. It hurts us on so many different levels. It reinforces poverty, lack of job and education opportunity, and is the reason we have more black men in prison than any other state. I think it also holds us back from being a truly vibrant, world class city. We’re missing an important piece of cultural fabric that other cities embrace. You think of Atlanta or New Orleans – you walk down the street or go to restaurants in those cities and you see a mix of people everywhere you go. You go to Bay View, Downtown, the East Side – I can count on one hand how many black people I see in a day. It’s depressing.

Secret gem for me has to be Triskele’s restaurant. They’ve been quietly doing their thing for 7 years and even to this day, every bite is like Zeus came down from Mt Olympus and placed ambrosia in my mouth. You know it’s good when the chefs from the fancy joints eat there on their days off.

Also, there is a hidden group of women leaders in Milwaukee that inspire me to be a better person on a daily basis. I sometimes refer to them as Milwaukee’s Lady Mafia but no one else would sanction the use of that term. #PDWomenWhoInspire. These ladies are getting together for a Showcase that is a Biz Expo on May 13th at 1451 Renaissance Place and you all can attend. Attending gives you lovely food (catered by Kasana, another hidden gem of a restaurant in our fair city), access to inspirational women, networking and social dynamite. If you want to know what social dynamite is, come to the Showcase and ask me.

What is the perfect thing to do in Milwaukee on a Sunday afternoon?

In the winter? Ray’s Indoor Mountain bike park – I have 5 kids and I don’t know what we’d do if that place wasn’t around. Probably go insane. In the summer? Hang out with said kids and my lovely wife on a blanket in Humboldt Park, rolling down hills, having dance parties, talking to strangers and their dogs and blowing bubbles. Before I had the kids and an empire to build? I would do what every pious Milwaukeean does on a Sunday afternoon – drink.

24 thoughts on “NEWaukeean of the Week: Cate Phillips”