Actually, local taxpayers will be donating $450 million. But the press won’t report the details. 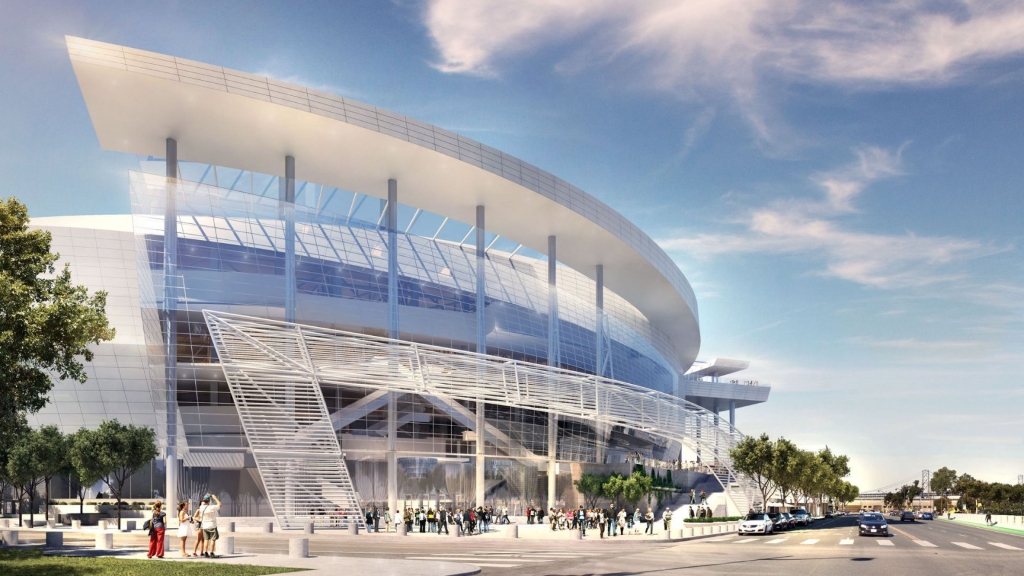 Milwaukee taxpayers, get ready to open your wallets.

But this entire discussion leaves out a huge contribution the city and county must make to the new arena. Sources close to the Bucks say the team expects the arena to be legally structured as a non-profit, meaning it will be exempt from property taxes. That means this private, for-profit business will pay not a dollar in property taxes for its money-making arena, and will get all the city services other businesses pay for — police and fire protection, garbage pickup, street maintenance, snow removal, etc. — for nothing.

The estimated cost of the arena has now risen to $500 million. It will also use several acres of downtown land for the facility and parking that might be worth an estimated $25 per square foot. Based on the current, combined Milwaukee property tax rate of $29.97 per $1,000 value, , the Milwaukee Bucks would pay in the neighborhood of $15 million annually in property taxes on the building and land, or $450 million over 30 years (which is about how long the Bradley Center will last, as it’s likely to be torn down once the new arena is built.)

That might be a high estimate as property tax assessments for new buildings are often set below their construction costs. On the other hand, I’m simply applying the current tax level for all 30 years of use, while building’s value and taxes are likely to rise over time. (The value may rise tremendously if the arena and surrounding development have the positive impact on downtown development that Bucks owners repeatedly tout.) These taxes not paid by the Bucks will be lost to the city, county, Milwaukee Public Schools, Milwaukee Area Technical College and the Milwaukee sewerage district, but not really: they will simply charge city and county taxpayers more, to make up the difference.

The full state contribution of $220 million, if Walker’s plan is passed as is, actually amounts to $380 million when interest on the bonds is included.  And, yes, the interest counts: unlike a home owner who gets a fully paid up home after the mortgage is retired, state taxpayers get nothing but a facility that needs replacing by the time it’s paid off, judging by how quickly pro sports venues get rebuilt these days.

But even at a $380 million state contribution, the city and county taxpayers will match that just through the property tax exemption. And Mayor Tom Barrett has already hinted that a TIF district will be created to help fund the arena, which will increase the city contribution. Meanwhile, we have yet to hear if the adjoining development to be built by the Bucks — bars, restaurants, maybe offices and residential — will be exempt from property taxes. Yes that would be outrageous, but the subsidies for sports team have been getting ever more high-handed.

Curiously not a word has been written by the Milwaukee Journal Sentinel about the value of the likely property tax exemption for the Bucks, though this beat is covered by Don Walker, who is “on a Marquette University Law School fellowship established through the Sheldon B. Lubar Fund for Public Policy Research.” That sounds so august and academic I’m sure that Walker will be analyzing those tax exemption numbers soon and reporting back to his readers.

Elsewhere, the huge value of tax breaks to pro sports teams was recognized by Bloomberg.com, which reported that tax exemptions on municipal bonds issued for sports structures “cost the U.S. Treasury $146 million a year, based on data compiled by Bloomberg on 2,700 securities. Over the life of the $17 billion of exempt debt issued to build stadiums since 1986, the last of which matures in 2047, taxpayer subsidies to bondholders will total $4 billion, the data show.”

Remarkable how a little old tax exemption could cost taxpayers so much. But reporters have typically looked only at the stated cost of sports facilities without looking at the impact of all the stealthy tax exemptions. For instance, the $160 million in bonds the state issued to pay for Miller Park were exempt from federal taxes and thus lost the U.S. Treasury $68 million on the interest earned, as I reported years ago.

Similarly, the $120 to $220 million in state bonds proposed for the new Bucks arena, will, like all state bonds, be exempt from federal taxes. I don’t at this point know the exact amount that will be lost to the U.S. Treasury as a result, but this sounds like the kind of thing that someone on a Sheldon B. Lubar Fund for Public Policy Research fellowship could probably research.

As with the property tax exemptions, the federal tax exemptions mean less revenue flowing into the federal treasury, so we taxpayers must make up the difference. With that in mind, President Barack Obama has included a provision in his new budget that would “put an end to the long-standing practice of states and cities using tax-exempt bonds to finance professional sports arenas.”

That is a smart way to constrain the ability of pro sports teams from getting huge subsidies by blackmailing cities and states, playing them against each other. But it’s only a beginning step: A more encompassing federal law would be needed to eliminate all the ways sports teams are subsidized, though it might raise constitutional issues regarding states’ rights.

Meanwhile, Laurel Patrick, Walker’s spokeswoman, told USA Today that until Congress acts, the issue is irrelevant. “If the president’s proposal is approved by Congress, we will review the proposal to determine if there is any impact” on the plan, Patrick said. Meaning full speed ahead.

-The property tax exemption and TIF funding will not be the only costs for the city. Jodie Tabak, spokesperson for Mayor Barrett, says that “a major portion of the site acquisition costs have already been borne in large part by City of Milwaukee taxpayers.” This cost “tens of millions of dollars,” she says, which “are costs that nobody, including the team and the state, will have to pay at the proposed site because Milwaukee taxpayers have already paid.”

-Have you noticed all the glowing generalities from County Executive Chris Abele as to what the county’s contribution might be? His most recent bit of banality was: “I believe it is crucially important that the public discussion of this opportunity focuses not on what could go wrong but how to make it go right.” Abele, I’m told, is laying in the weeds, because anything he publicly favors will likely be opposed by the county board because it comes from him. That adds another layer of complication to the already messy arena deal.

-And the proposal to subsidize the Bucks is drawing criticism from the Wisconsin chapter of the Koch Brothers-financed Americans for Prosperity. “Any time the government gets involved in a deal, taxpayers are at risk in some way,” David Fladeboe, AFP’s Wisconsin director, told The Huffington Post. “There are still a lot of questions to be had. From our perspective, this just isn’t the role of government and we should be using our resources elsewhere.”

David Koch ran for vice-president on the Libertarian Party ticket in 1980, and this stance on the Bucks arena is consistent philosophically with the party’s opposition to government handouts to selected industries or businesses.