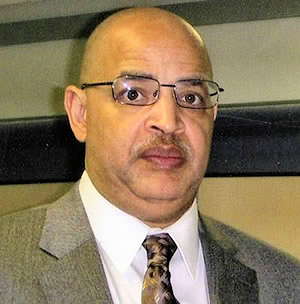 Let us begin with one central fact. Many people working with Milwaukee Public Schools aren’t happy with the reporting of Erin Richards.

“The dissatisfaction with her is pretty universal,” Milwaukee School Board member Terry Falk tells me. “She’s kinda sloppy.” Falk is a former teacher who also worked as a free lance reporter for Milwaukee Magazine for many years. When he called her about errors, Falk says, “her attitude was, well, whatever.”

“We’re tired of her lopsided, inaccurate reporting,” which “portrays a negative image to the public,” School Board president Michael Bonds told Education Week.

Education Week picked up the story after national media writer Jim Romenesko first reported on the dispute. Romenesko, I should note, quoted me saying Richards was a “solid reporter,” but I must say I was stunned by the long list of complaints Bonds included in his letter to JS editor Marty Kaiser. There might be some merit to Bond’s complaint, but by now the whole dispute has descended into a Cheeseland comedy of errors playing out on the national stage.

For starters, the letter by Bonds to the Journal Sentinel was actually sent to Romenesko before it was sent to Kaiser. No, that’s not the best way to win over a newspaper editor. Kaiser sounded quite miffed, telling  Romenesko “the MPS agenda is stupid and a lie.”

But is this an “MPS agenda” at work? We have not heard a word on this subject from MPS superintendent Darienne Driver, and I doubt she’s had many opportunities to deal from that position with Richards, since Driver only assumed the top post this summer.

Nor did any other of the eight school board members sign the letter, which came from Bonds alone. “It was certainly not vetted by the board,” Falk says. “I don’t believe other board members were aware of it.”

One theory is that Denise Callaway, the MPS Director of Community Engagement, was pushing to send the letter to Kaiser. She did send it to Romenesko, but Callaway says she acted at Bond’s request and it’s “absolutely false” she was behind the effort.

Adding a bizarre touch was Bonds’ monthly report of his activities to the school board, submitted yesterday (after the letter was sent to Romenesko), which included item 14: “requesting that the Milwaukee Journal Sentinel assign a new reporter who is not biased against MPS to cover MPS.” Just another day in the busy life of President Bonds.

Then there was the last section of his letter to Kaiser, entitled “typographical errors,” three in total, including misspelling the Kinnickinnic River. No one can say Bonds doesn’t do his homework.

As if there wasn’t enough absurdity in this affair, the conservative Wisconsin Reporter weighed in with a story entitled, “Milwaukee schools head to newspaper: Give us a union-friendly reporter – or else.”

Really? The newspaper cherry picked a couple of the 23 complaints Bonds had to somehow turn this into a “unions are bad” story. That should win the paper more dollars from the conservative foundations that fund it.

By handling the dispute this way, Bonds has now assured Richards will never be removed from the beat. As Falk concedes, “I don’t think you win with the Journal Sentinel handling it that way.”

Update 12:30 p.m. Saturday, November 1: The story gets ever stranger. MPS media manager Tony Taglivia emailed me to say he double checked the records and the letter from Bonds to JS editor Marty Kaiser was indeed received, way back on October 2. “Our records confirm Ms. Callaway sent an email on President Bonds’ behalf with the  letter attached on October 2 and it was received by the Journal Sentinel server (see below):

2 thoughts on “The Press: MPS Board President Demands Reporter Be Replaced”