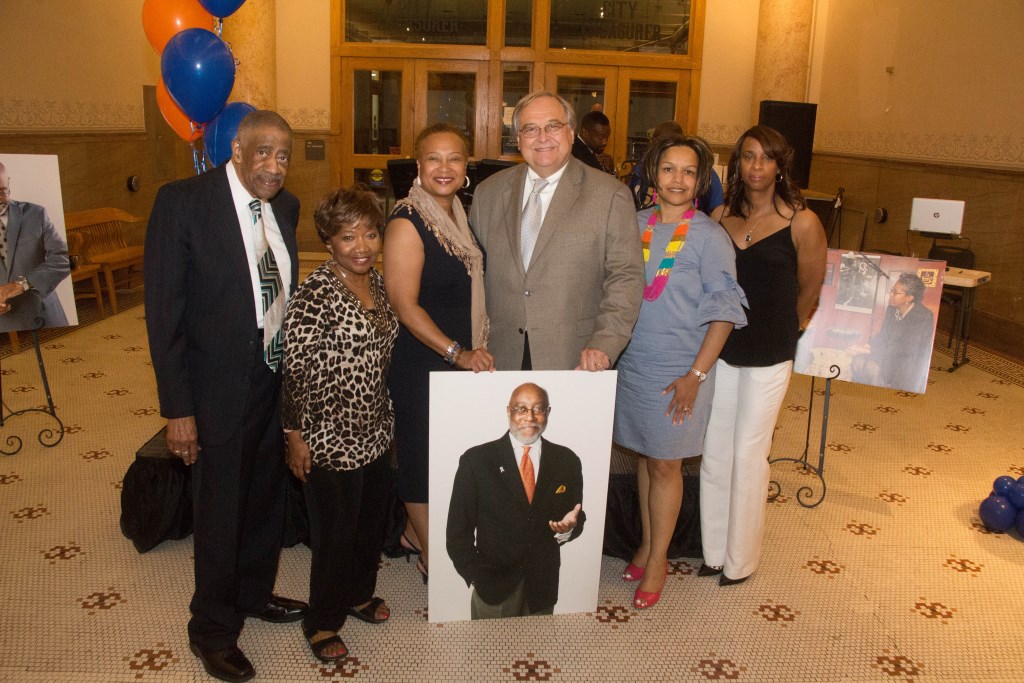 The legacy of longtime journalist Eric Von was honored at City Hall Wednesday, with the announcement that Milwaukee Public Radio, WUWM-FM, has established a Broadcast Fellowship in his name. The event was held to raise money for the fellowship. Mayor Tom Barrett and other prominent members of the community attended the event and talked about the impact of Von, who passed away last September.

“Eric was able to inform our minds in order to change our hearts,” said Julia Taylor, president of the Greater Milwaukee Committee. She noted the importance of storytelling for the community and said that Eric would change the story to fit what’s going on at the moment while staying true to himself.

Von worked for more than a quarter century in the broadcast media, raising awareness of current events and their impact on the community. He worked for various radio stations including WNOV- 890 AM and  WUWM 89.7 FM. He was also a co-host for Milwaukee Public Television‘s “Black Nouveau” and a co-host of “It’s Your Vote,” a weekly political show on WISN 12.

Many people talked about how Von was able to touch each and everyone he met a little differently, making them feel special and unique. But he could also be tough. “When I was first running for office, he allowed me to come into the studio for an interview,” says Ald. Ashanti Hamilton, Common Council President. “He beat me up on the radio,” Hamilton joked, “but he showed me love off the air.”

“He was witty, sharp, and deeply connected and committed to this community,” says Tammy Belton-Davis, a PR strategist with Athena Communications, LLC.

Von as always pushing people to do accomplish great things and to do more, Hamilton said. Von was highly regarded as an opinion leader on political and socio-economic issues in Milwaukee. One of his biggest contributions in recent years was working on the Precious Lives project. Von shared stories of gun violence and how it affected the young people of Milwaukee.

“Whenever I would listen to Eric’s show,” said Dave Edwards, general manager of WUWM, “I could tell he cared deeply about his community. He knew everybody; and he could make things happen.”

Edwards said he was pleased to announce that they “have over 40 people already expressing interest in being the first Eric Von fellow.” The fellowship gives recently graduated journalism students the opportunity to work in a professional news environment, preparing stories for broadcast and digital platforms. Prior to Wednesday the effort had already raised $50,000 with the ultimate goal of raising $210,000.

Faithe Colas, Von’s wife, was one of the last speakers. She told a story about the lady she met at church who said she listened to Von every morning, and how important that time of the day was for her. “She had listened to him for 25 years and had never met him, but thought of him as part of the family.”

The goal of the Eric Von fellowship is to help his legacy endure by ensuring that young talented African Americans interested in broadcast journalism get a chance to pursue such a career. If you would like to contribute to the Eric Von Broadcast Fellowship, visit this link. 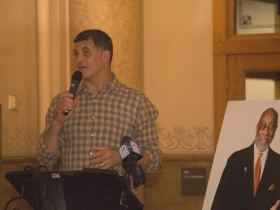 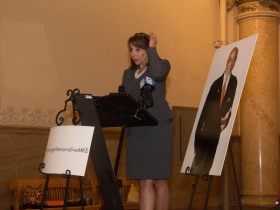 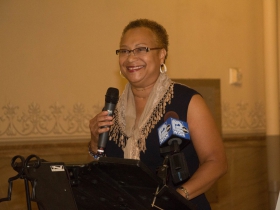 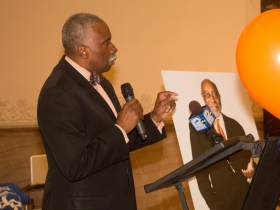 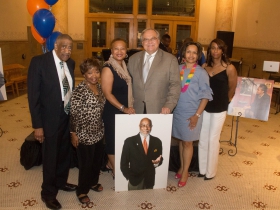 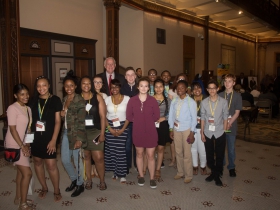