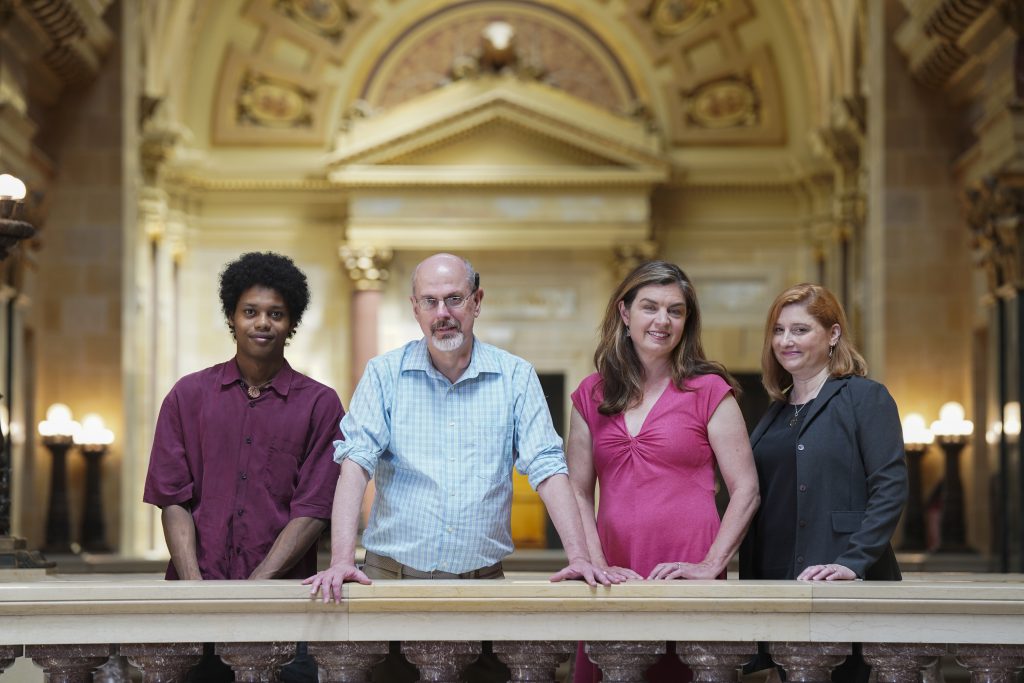 As journalism has declined in America, a key area getting less coverage is state government.

“Between 1998 and 2009, American Journalism Review conducted five tallies of newspaper reporters assigned to the statehouse full time,” as a Pew Research report noted in 2014.  “Each tally since 1998 showed decline.”

Pew was able to take the numbers from 2003 and update them to 2014 and found that newspapers “lost a total of 164 full-time statehouse reporters,” a decline of 35 percent between 2003 and 2014. All told, “less than a third of U.S. newspapers assign any kind of reporter—full time or part time—to the statehouse.”

The publication counted 741 full-time state reporters in the nation in 2014, or 15 per state, but the actual number varied widely, “from a high of 53 in Texas to just two in South Dakota.”

And that was five years ago. You can bet that number has dropped significantly since then. In Wisconsin the Capitol press corps is down considerably, but still includes two full-time Journal Sentinel reporters, two AP reporters and reporters with the Wisconsin State Journal and Wisconsin Public Radio who do considerable coverage of the Capitol.

Now you can add the Wisconsin Examiner, a non-profit independent publication (online only) with four staff that will be covering state issues and promises to “hold the powerful accountable to the people… In Wisconsin’s great progressive tradition, we will follow the money, lift up voices that too often go unheard and cover the way politics and policies affect our daily lives in Wisconsin.”

The publication debuted today, with a masthead sporting a tiny badger’s head and this mission statement: “Digging up the truth in the Badger State.” There are stories on the gerrymandering issue, state Republicans’ reaction to President Donald Trump’s extraordinary attacks on four Democratic congresswomen, Scott Walker’s latest career move, and the shortfall in state funding of schools.

The outlet will be the 11th state news publication started by The Newsroom, a venture of the Hopewell Fund that aims to increase coverage of state governments.

The Newsroom’s motto, emblazoned on its website, is “Relentless reporting, state by state.” Its emphasis so far has been on covering swing states — purplish states like Colorado, Michigan and Virginia while avoiding the likes of uber-blue California or deeply red Utah. “The Newsroom exists to provide the relentless stream of quality reporting and commentary that helps sustain a vibrant democracy,” its website says.

Its publications tend to look liberal: The NC Policy Watch offers a daily news update called “The Progressive Pulse”, whereas the Colorado Independent feels like it lives up to its name. The publications tend to emphasize issues of interest to liberals, as the list at the Michigan Advance shows: the environment, health care, civil rights, education.

And its leadership leans left. Director and Publisher Chris Fitzsimon is a former journalist who also served as the founder and director of Common Sense Foundation, a progressive think tank in Raleigh, NC. The Newsroom’s Deputy Director Andrea Verykoukis worked as a journalist and also served as Communications Director for Public Schools First NC, a statewide education advocacy organization.

As for the Hopewell Fund, which funds The Newsroom, it is such an oddity that Deadspin did an amusing story entitled “What The Hell Is The Hopewell Fund?” that came away with not a lot of solid answers, except that it is overseeing an NFL Players fund and that Hopewell has a connection to a for-profit called Arabella Advisors, whose founder Erik Kessler worked as a “field director for the League of Conservation Voters.” and on “conservation issues during the Clinton Administration.”

The website Influence Watch reported that Hopewell Fund “manages a number of left-of-center single-issue advocacy groups, including the Economic Security Project and pro-Obamacare Get America Covered.”

Hopewell’s federal 990 tax forms show massive growth in the fund, from assets of less than $15 million in 2016 to more than $116 million in 2017. Its annual budget grew nearly four-fold in that one year, from $7.8 million to $28.8 million. Much of that money, $21.6 million, was spent on grants going to groups working on causes like “Civil Rights, Social Action, Advocacy” or women’s health services.

But where does the Hopewell Fund’s funding come from? That’s a mystery, one that doesn’t seem to be explained at The Newsroom or its publications. “Hopewell gets donations from a wide variety of donors but doesn’t disclose who donates to specific projects,” says Wisconsin Examiner Deputy Editor Melanie Conklin.

But The Newsroom’s website insists donors don’t have a say over coverage: “The Newsroom and its affiliates are independent, and we decide what we cover.”

As for the staff at these publications, they tend to be veteran journalists, which is largely the case for the Wisconsin Examiner. Editor Ruth Conniff worked for the Progressive magazine for years, including as editor; Conklin was a reporter for Isthmus who later served as a media person for Democratic Congressman Mark Pocan and the state Democratic Party; Erik Gunn is a former Milwaukee Journal reporter and longtime Milwaukee Magazine contributor who did feature stories on Republicans like congressmen Paul Ryan and F. James Sensenbrenner that I suspect both politicians loved. And young Isiah Holmes was a free lancer who contributed often to Urban Milwaukee. We here at Urban Milwaukee are rooting for Isiah.

It’s a very solid group of journalists, all of whom have one thing in common: they contributed stories to the Madison alt-weekly Isthmus.

The Examiner will also aim to counter a “false narrative” of a rural-urban divide, Conklin told the weekly, using drinking water as an example. “it’s the same if you live in Milwaukee and are worried about lead pipes or if you live in the country next to a giant factory farm.”

The model for The Newsroom’s publications is based on Pro Publica, meaning stories may be republished by other publications. So you may be seeing some of those articles published here.

Correction: This story originally reported the AP has one Capitol reporter. In fact there are two, Scott Bauer and Todd Richmond.