New skyscraper would contain up to 275 apartments in downtown Milwaukee.

Carroll Properties is moving forward with their proposal for a 35-story luxury apartment building on the northeast corner of N. Van Buren St. and E. Kilbourn Ave. Located in the heart of East Town, the new tower would include between 224 and 275 apartments and up to 10,000 square-feet of first-floor commercial space. Designed by FitzGerald Associates of Chiciago, the building is the first entry into the Milwaukee market for Carroll Properties.

The 28,504 square-foot site at 700 E. Kilbourn Ave. is occupied with two surface parking lots and a building that most recently housed Edwardo’s restaurant. That building would be demolished for the project. The land today is owned by Jim Wiechmann. Wiechmann is also involved in the proposed The Rhythm apartment building, which would replace The Curve tavern.

The proposed tower replaces a dead proposal on the site for the Bookends North apartment high-rise. That building was proposed by New Land Enterprises, but didn’t get off the ground when the developer couldn’t secure a loan guarantee from the Department of Housing and Urban Development (The Moderne was able to secured a loan guarantee and got built during the same period). The proposed Bookends North development did receive a zoning variance, which would be amended for this new project.

The project was first announced in late July of this year, with a planned groundbreaking in early 2015. The developer is not seeking city financial assistance.

The proposed tower, referred to as 700 E. Kilbourn, would have 1.3 parking spaces per unit, with a range of 280 to 369 stalls in a multi-story garage. The building would include a fitness center, game room, and media center on the seventh floor, and a 36th floor penthouse party room.

The proposed high rise will go before the City Plan Commission on September 29th. The commission will issue a recommendation, and the proposal will then be taken up by the Common Council’s Zoning, Neighborhoods & Development Committee. Following action by the committee, it will go for a vote before the full Common Council. 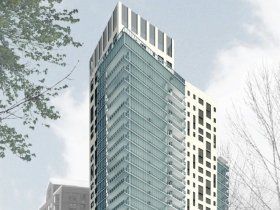 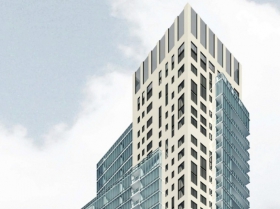 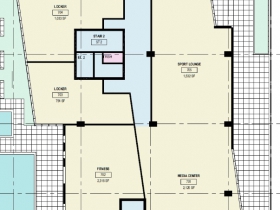 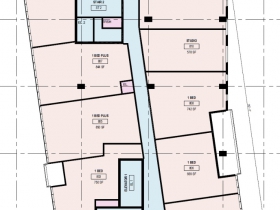 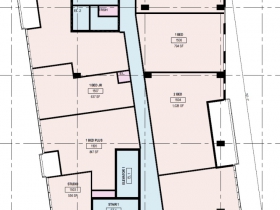 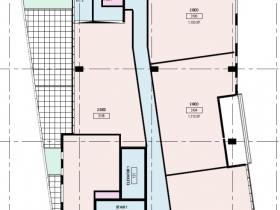 Look for the city to approve this project, as they hope for another high-rise to be under construction Downtown (Northwestern Mutual Tower, 833 East). This project doesn’t exist in a vacuum though. It might be tough for the market to support so many new luxury buildings at the same time. So the construction of this project might impact the timelines for developments like The Couture, phase 4 of The North End and a number of other proposed developments.

The city has recently indicated public support for Rick Barrett‘s proposed The Couture (with a proposed streetcar extension), which makes it even tougher to forecast which big projects will happen. I wouldn’t bet on both The Couture and 700 E. Kilbourn happening within two years of each other.