America is failing at improving road safety, but how is Wisconsin doing? 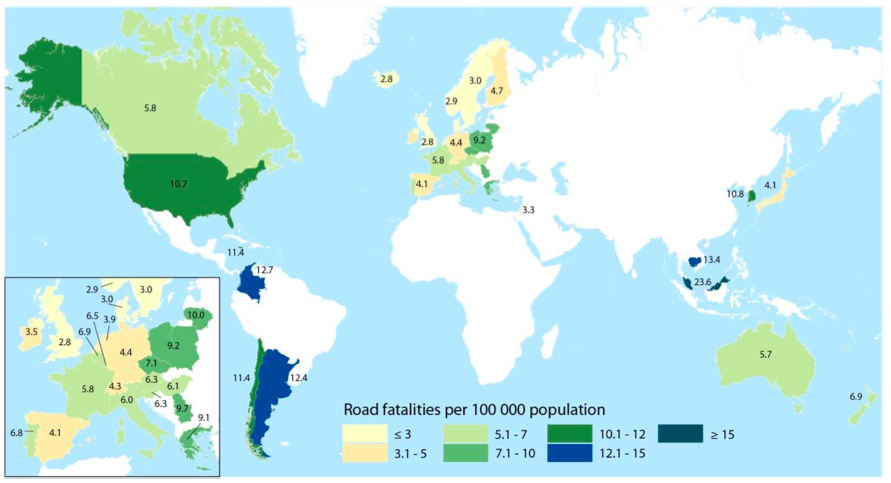 A new report from the International Transport Forum shows America is only falling farther behind all of its peer nations on street safety [PDF].

America’s street safety record puts it near the bottom of the ITF’s ranking of 35 countries, far behind most other developed nations. 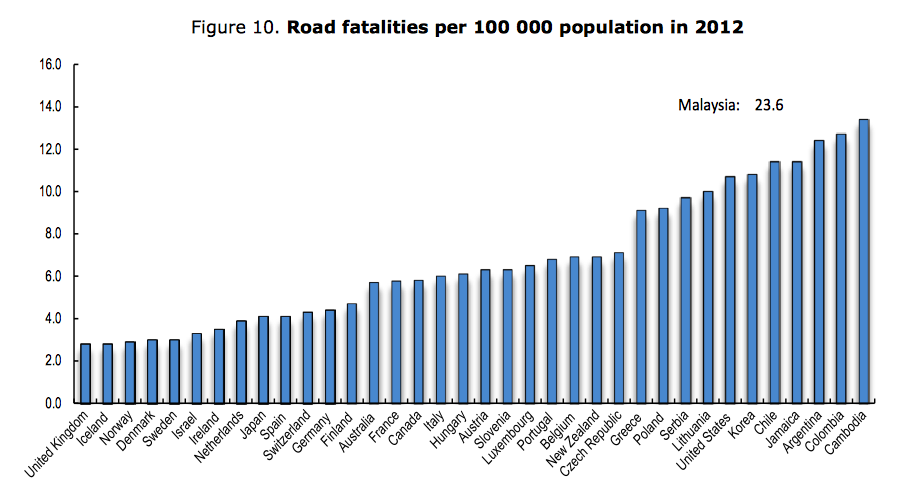 Traffic deaths have generally been declining in America, but not nearly as fast as in other countries. From 2000 to 2012, the U.S. managed to lower traffic death rates just 20 percent. Even Australia, another laggard that ITF grouped among nations with the “least success” reducing traffic deaths, still managed to cut fatalities 28.5 percent. Meanwhile, high performers Denmark, Spain, and Portugal all reduced fatality rates 65 percent or more over the same period.

The United States was one of the worst performers among developed nations on decreasing traffic fatalities over the last decade. Image: International Transport Forum

America’s dismal performance does not reflect a lack of resources. Sometimes “safety” expenditures in the United States include massive projects like Wisconsin’s $1.7 billion Zoo Interchange, justified in large part by its supposed role in reducing collisions.

As we’ve reported before, the old road safety paradigm in the U.S. is broken. ITF notes that American safety initiatives over the last few decades have focused on making driving safer with enhanced technology in cars (airbags), efforts to increase seat belt usage, and cracking down on drunk driving.

The European nations that have been especially successful at reducing traffic deaths have gone a lot farther, prioritizing the safety of pedestrians and cyclists over the speed and convenience of driving, especially in urban areas.

In the UK and France, for example, key initiatives have included the proliferation of 20 mph zones in many UK cities and, soon, throughout Paris. ITF reports that France has also increased the use of red-light and speed cameras as a key policy initiative to prevent traffic deaths.

Speed reduction seems to be especially important in reducing pedestrian and cyclist fatalities, where American performance has been particularly poor compared to peer nations. In the U.S., pedestrians accounted for a much greater share of road fatalities in 2012 (29 percent) than in 2000 (18 percent).

In the UK, meanwhile, pedestrian deaths are falling as a share of overall traffic fatalities. The number of pedestrians killed in that nation declined 75 percent between 1990 and 2012, compared to a 66 percent drop among motor vehicle occupants. Pedestrians are especially vulnerable to speeding motorists, and the U.K.’s efforts to reduce speeding appear to be paying off. ITF reports that speed is a factor in 12 percent of road fatalities in the U.K., compared to 30 percent in the U.S.

How is Wisconsin Doing?

According to the Insurance Institute for Highway Safety, in 2012 Wisconsin’s was simply meeting the world-trailing American average of 10.7 road fatalities per 100,00 people.

But it appears that Wisconsin has been making some progress. According to a Wisconsin Department of Transportation press release, as of August 31, 320 people had died in traffic crashes during 2014 on Wisconsin’s roads. This is 28 fewer than during the same period in 2013 and 44 fewer than the five-year average. Unfortunately, August had a spike of 69 fatalities, which was higher than the August 2013 total of 65.

One category where it appears Wisconsin is doing better than the country is in regards to pedestrian safety, as 22 pedestrians, or only 6.9% of road fatalities were pedestrians this year.

Despite the recent progress, until Wisconsin (and Milwaukee) follows the world’s lead and expands the use of 20 mph speed limit zones it is an open question as to whether or not our roads will ever approach the safety levels seen in the rest of the industrialized world. – Dave Reid