The Maxie’s and Blue’s Egg team whips up an intriguing dish while a new coffee shop prepares to open on the Lower East Side.

Alderaan Coffee with soon open in the Flatiron.

As summer winds down, new dining options are still sprouting in Milwaukee. Story Hill BKC, from the good people that brought us Maxie’s and Blue’s Egg, is an interesting hybrid that claims to be “Milwaukee’s first true coffee bar.” Nourri will expand the role of former Washington Heights establishment Café Perrin. A Lower East Side high-rise will get a new café and Mexican cold treats settle in a Mitchell Street storefront.

El Chavo: Named after the Spanish word for “dude” or “guy,” this summertime food cart will make the transition from mobile frozen treat stand to walk-in ice cream shop. Owner Hershay Adan, a native of Mexico, makes paletas, a Latin American ice pop usually made from fresh fruit. The new space is located at 730 W. Mitchell Street. This is where Adan and his employees process fruit from locally owned Pete’s Fruit Market and other Chicago markets into the frozen pops. El Chavo will offer 19 paleta flavors, along with ice cream cones, sundaes, shakes, flavored water, yogurt with fruit and ice-cream topped waffles and crepes. The shop is already fit with Wi-Fi and a children’s area where families can lounge and watch a movie. Hours will be from 11am-9pm daily.

Alderaan Coffee: Little is known about this new coffee shop set to open at 1560 N. Water Street (at the intersection of Peasant Street). Alderaan’s website simply states it will open its doors in summer 2014. The café will be located on the first floor of the The Flatiron, a high-rise near Brady Street that was completed in 2007.

Story Hill BKC: From the owners of Maxie’s and Blue’s Egg comes a hybrid café, restaurant, and retail shop located at 5102 W. Bluemound Road. Chef and co-owner Joe Muench opened Story Hill August 7. The restaurant features repurposed floorboards from a Hartland home as the bar’s backdrop, a metal ceiling from a silo, and a bar made from tornado damaged trees. For drinks, Story Hill offers several beers on tap, coffee, wine, and cocktails. Breakfast and lunch are European inspired pastries, crêpes and baked egg dishes, as well as meat and spread dishes. Lunch includes soups, salads, and sandwiches, with unique sides like marinated vegetables and jalapeño slaw. The dinner menu revolves around sharing; the idea is to order several large dishes which can be shared amongst the group. Story Hill is open for breakfast from 7am-2pm daily, and starting at 9am on Sundays patrons can place orders at the counter that will be delivered by the staff. Lunch is served all week, dinner is offered Tuesday through Saturday.

Nourri: The restaurant formally known as Café Perrin in Washington Heights is undergoing a remodel and is set to open later this month. The space will become Nourri, a word that stems from the French nourrir, to nourish. Owners have recently hired Christian Schroeder as its head chef. Schroder will help the space shift from daytime eating to an emphasis on dinner. But the restaurant will still serve weekend brunch and weekday lunch. Bakery displays have been taken out and a new bar was added. The updated menu at 5901 W. Vliet Street will also feature small plate options. 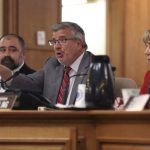 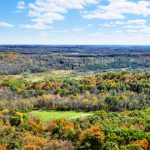 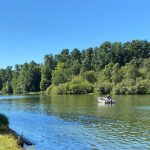