Part of the 11-day Tour of America's Dairyland, Saturday's all day-affair attracted fans of bicycles, beer and festivals.

Lost among the shuffle of summer festivals that focus on music, beer and art is a 11-day, highly competitive bicycle tour. The Tour of America’s Dairyland has now completed another run, delighting fans from Fond du Lac to Beloit along the way. The second to last stop on the multi-city tour was N. Downer Ave. on Milwaukee’s upper East Side on Saturday, June 28, where racers sprinted around a .9 mile triangle at speeds peaking at more than 35 miles per hour.

With races starting at 10 a.m. and running till grand finale at 7 p.m., fans were treated to a full day of entertainment. Most of the action occurred along Downer, but people filled front yards on E. Park Pl. and N. Lake Dr. as well. On Downer, a small village took shape, with New Belgium and Cafe Hollander leading the way to create a Belgian beer festival (June has to be a great month for Mike Eitel). People were on top of the CVS store, just after the finish line. Likewise, the parking garage everyone loves to hate was dotted with people hoping to catch a glimpse of riders pedaling towards the finish line.

You don’t have to a bicycle race aficionado to have a good time at the ISCorp Downer Classic (as my friends and I prove every year). The festival offers a little something for everyone, whether it’s food, drink or entertainment. Plus, it’s nice to enjoy the city streets without the roar of cars flying by for a change. The Tour of America’s Dairyland is yet another urban amenity Milwaukee has to offer.

While the kids’ races and keg-pulling races are fun, the main draw is the 7 p.m. Pro Men 1/2 race. As our photos show, they move fast enough that our cameras struggled to keep up. 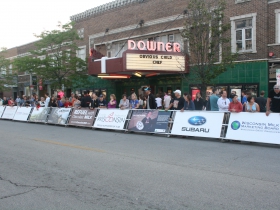 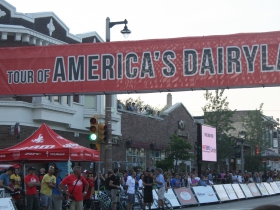 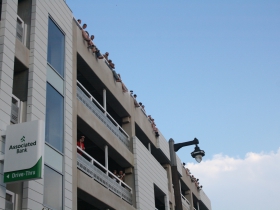 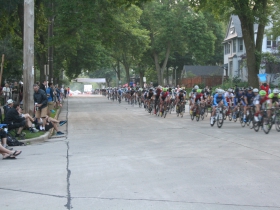 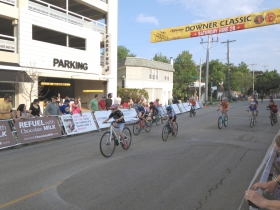 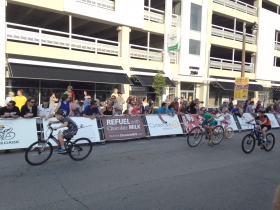