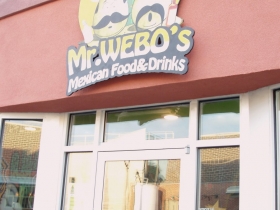 The name, Mr. Webo’s, might suggest an odd cousin of George Webb’s, but it actually offers “Mexican food made with LOVE,” as its slogan declares. Its name is a take-off on the Spanish word for eggs, juevos (pronounced “way-vose,” hence Webo’s). Owner Roman Torrez has a strong background in graphic design and the restaurant’s distinctive logo and interior reflects that: The two characters in the logo are, basically, eggs, one sporting a sombrero and both with thick, black mustaches while a tall cactus stands in the background.

The place has been open less than six weeks, but already has won a “Blue Ribbon Award” for clean dining from WTMJ-TV, Channel 4. Torrez has been pleasantly surprised by the steady stream of business, including a number of returning customers.  A passer-by on a recent Friday evening was heard to exclaim: “The best restaurant in town.”

This has become quite a corner for Mexican fare. Mr. Webo’s, at the southwest corner of Lincoln and Howell Avenues, 2301 S. Howell Ave., was previously home to two other Mexican restaurants.  The most recent tenant, Guanajuato, moved just two doors south on Howell.  And what is now known as the Riviera Maya, also got its start at the Mr. Webo’s location, and is now just across the intersection, on the east side of KK and just north of Lincoln. 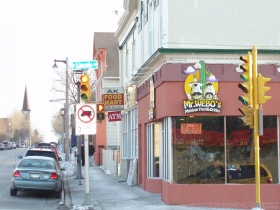 Mr. Webo’s sits at the busy intersection of Lincoln, Howell and KK in Bay View.

Mr. Webo’s menu is not extensive, with 10 specific dinners, a few specials, appetizers and soup, but also offering the chance to customize your meal by choosing fajitas, a design-your-own combination, or adding one of the a la carte sides to a standard menu offering.  Torrez says the fish tacos are very popular with customers.  “It’s the number one ordered item,” he says.  A rather unique offering, also well-received by customers, is the Chorizo Roasted Poblano Con Queso Fundido appetizer, made with green chorizo sausage. “Green chorizo is a lot less greasy than the regular chorizo,” Torrez says.  And, the always-fresh margaritas are a hit, too.  “We use a puree for the margaritas,” Torrez says, “not a syrup, like other places.”

Mr. Webo’s also offers menudo, a soup made with parts of the cow that normally aren’t seen on most American dinner tables, including the stomach and, sometimes, the feet.  “We might drop the menudo from the menu,” Torrez says.  It’s authentic, but so far, “not very popular.”

As much as possible, everything is freshly-made.  “We cook everything from scratch, with fresh ingredients,” Torrez says.  He adds that this approach means diners can have a longer wait for their meals, but they don’t seem to mind when they taste the results.  “Some places will cook all their steak, for example, in the morning and just re-heat it as they need it,” Torrez says.  Here, your steak fajitas – and your fish tacos – are prepared after you’ve chosen them.  Even the taco chips that come with dinner are freshly prepared in a three-drawer cooker behind the bar.

The atmosphere at Mr. Webo’s is intimate, despite the large windows on the north and east sides of the space, and the vibrantly-colored “Day of the Dead” (Dia de los Muertos) mural covering the entire southern wall.  John Bartels, of Walker’s Point Tattoo Company, painted the mural.  Torrez says that Dia de los Muertos has been celebrated for 3,000 years in Mexico.  Patrons seem to appreciate the atmosphere. “We try to have a little more hip, big city feel here,” he says.  “It’s not just a place where people come in, eat and get out.”  Instead, many linger.

Torrez grew up just a few blocks away from his restaurant and attended nearby public schools, including Dover Elementary and Pulaski High School.  On a recent “Dollar Taco” Monday night, five of Torrez’s high school friends stopped in for dinner. Torres notes that Bay View had declined for a while: “Things down-spiraled after I grew up.”  But, fortunately for him and other area business owners, it’s undergone a renaissance. “I like what’s happening in Bay View. I think it’s going to be the new East Side.”

But to accomplish this, he adds, businesses need to really stand behind what they’re doing.  “People who come to Bay View have higher standards.”  A grand opening for Mr. Webo’s will be scheduled for late spring or early summer, “after we work out any kinks,” Torrez says, including menudo or no menudo.  His goal is to buy his supplies locally as much as possible, especially as the Wisconsin growing season begins to yield its bounty. 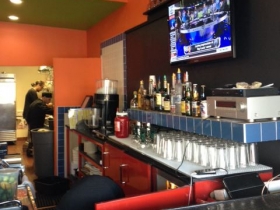 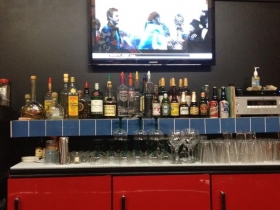 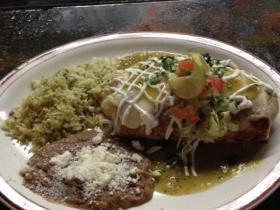 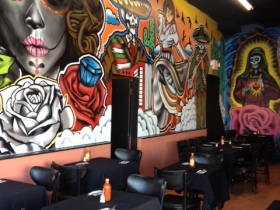 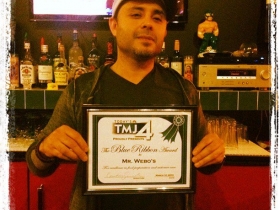 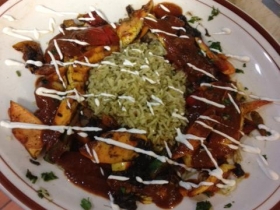