The official holiday tree was lit on Nov. 19, but the ice was not quite ready when the official downtown skating rink was slated to open on Dec. 4. We watched from the comfort of the adjacent Starbucks late that evening as a lone worker washed away debris with a hose. Then the grand opening was moved to Dec. 11, as a cold snap held Milwaukee in its grasp.

Luckily, the racing sausages and local mascots made it, along with some brave kids, romantic couples and four television crews. Next to the Starbucks (which serves as a warming house and skate rental counter), volunteers handed out hot chocolate. Holiday music was piped out as the magic hour descended and the nearby Marcus Center began to glow in different colors.

The first in a photo series of winter places in which we take comfort, we offer you Red Arrow Park. There you’ll find a curving stairway to the right of the warming tent, which leads to a quiet overlook above the coffee shop. 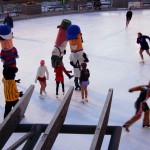 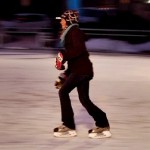 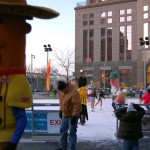 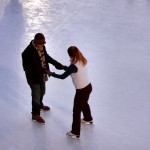 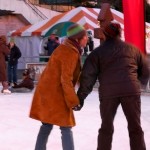 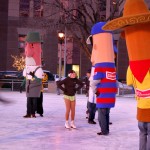 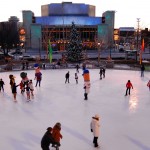 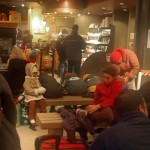 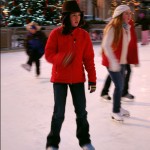 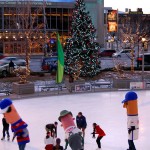 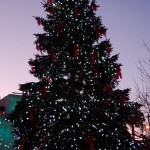 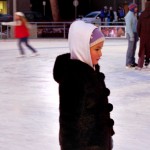 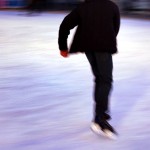 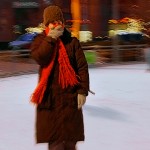