The Park East Park? Absolutely Not

In response to the announcement of the failing of The Residences of Palomar, the Milwaukee Journal Sentinel ran an editorial talking about the idea of building a temporary park in the Park East land reclaimed from the former freeway spur.  The idea is a bad one.

I considered the idea back in June as a way to beautify the area between the Pabst redevelopment and the Palomar in the short term, and there are a lot of really good reasons not to do it.

First and the most obvious, is who is going to pay for it? Not Milwaukee County, they’re struggling to pay for the parks they have and it would be a shame to see Pere Marquette, MacArthur Square, and Cathedral Square deprived of funding to build a couple new parks.

Second, who would use the park?  Scratch your head a few more times and realize the answer is likely no one.  We need residents in the area, not underused park land.

Third, try to name a temporary park. I can’t. By placing a huge amount of green space in an urban area, you’re facing a substantial risk of never getting it back to develop.  There was quite a battle to develop an abandoned gas station into a dorm, the brownfield of brownfields on the East Side.  The city and county would have a monster of a battle on their hands, imagine the headline “Developer Trying to Turn Park into Condos”. Despite that the parkland would go unused, the not-in-my-backyard crowd would presumably show up in full force to oppose any development, despite their backyards being miles away.

Finally, one must consider the highest and best use of the land, and the reason it’s available in the first place.  It should be developed and we need to do everything we can to get it back to taxable, privately-owned property or public uses that could be catalytic to attracting more development to the surrounding area.  Creating a temporary park on it isn’t going to encourage development.  Anything done with the Park East land should be to encourage development.  Nothing to move it backward (temporary parking lots), nothing to move it sideways (parks), only to move it forward to what the original plan called for.

The solution?  Smaller lots.  The parcel was simply too big to develop.  Bigger parcel, bigger developer, bigger plans, bigger loans.  The small parcels are already being developed in the corridor, in good markets (the Flatiron), and in bad markets with a little public help (the Aloft Hotel).

5 thoughts on “The Park East Park? Absolutely Not” 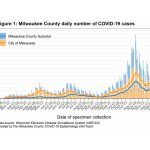