July 23, 2021 (MILWAUKEE) –  “The main goal is getting the community to care about their own neighborhood and come out to make a change,” said Amanda Clark, youth organizer at Dominican Center, who has been running the Earn & Learn program at DC. “I know I’m going to make an impact in all seven [Earn & Learn participants], and I can show all of them they can be the change. You can be the person that sparks change in the people you know.”

Earn & Learn is a summer employment program started by Milwaukee Mayor Tom Barrett in response to barriers young people face when looking for employment and good wages. Participants under 18 work for local businesses, nonprofits and community- and faith-based organizations, and are provided an opportunity to gain skills employers are seeking while earning a competitive wage. The Dominican Center is a host site for seven Earn & Learn participants this year, and they’re working as community organizers in Milwaukee’s Amani neighborhood. Through their work, the students are improving the community, making connections and fostering civic engagement within themselves, their peers and Amani residents.

“It doesn’t event feel like work, just having fun,” said Stevie, 15. “We had fun while cleaning up the community and making it better.” But students aren’t only picking up trash, they’re inspiring others to get involved. They said that when they were doing a clean-up, they were disappointed that residents around them didn’t jump in and participate. But the next day, they saw that many of the homes and yards on the route of their clean-up had been cleaned. The impact of the clean-up made them feel like they were inspiring neighbors. “(Cleaning up the neighborhood) makes people want to change,” said Patrick, 15. “If you see something that’s dirty and just walk by, nothing’s going to change. If you see someone cleaning up every day, and fixing houses, it looks like somebody is trying help, it looks like it might make more people want to move into the community, and it makes me feel like we’re doing something.”

“I think people would like to see the Model House,” said Lavale, 16, as he talked about things in the Earn & Learn program that surprised him. This project in the Block by Block initiative, supported by partners DC, Northwestern Mutual, Amani United, Ezeikel Hope, LISC Milwaukee, Legal Aid Society, Milwaukee Christian Center and KG Development Group, focuses on revitalizing an entire block in Amani while training residents at the Model House to gain valuable contractor skills. “We took a tour and they showed us how to do things that could lead to entrepreneurship,” said Lavale. The students learned that the Block by Block initiative’s impact is three-fold: It shows that the community is trying to make a change and residents are doing the work, it shows that revitalization is working in Amani, and it shows how such a program can improve the quality of living in Milwaukee.

In addition to weekly neighborhood clean ups, DC’s Earn & Learn participants have learned how the Milwaukee Country Transit System works and how it connects people throughout the city, they helped Amani residents by working a Mobile Food Pantry with Feeding America Eastern Wisconsin, they visited the Milwaukee Public Museum for the Mandela exhibit, they’ve learned about Amani and DC programing and initiatives in the neighborhood, and they’ve learned how to organize all of this information to effectively share it with the community.

“The Mobile Food Pantry was a good experience,” said Henry, 15. “Being able to see people come out who couldn’t get to the grocery store. They came out to get apples and oranges because they really wanted those. There is not access to fresh food around here, and residents really want that.” Sophia, 15, agreed and though it was her first time working at a food giveaway, she said she will seek out future opportunities to help. “Seeing how many people came out and how much food we gave away opened my eyes.”

The Earn & Learn participants also hosted a group of students from Immanuel Presbyterian in Milwaukee to learn more about each other, network and clean up areas around Dominican Center. This allowed students to hear new perspectives and get to know students who they may have never met in their school. “With the kids from Immanuel Presbyterian, we got to participate with other people from other communities. You don’t see many people coming together like that, especially kids,” said Stevie. “When you do activities and clean ups with other people, sometimes they only want to participate with others in their own groups.”

“They wanted to know what we were thinking, they treated us with respect,” added Patrick. “They had no preconceived notion of what we are.” Learning the differences and similarities between groups of people with different races is something that the students say there should be more of. “Two people with different skin tones got together and we didn’t care about skin color. Seeing us come together is one thing that opened my eyes,” said Lavale. “More people from different backgrounds should come in and help Amani.”

“We’ve got seven people out here proving all adults wrong,” said Clark. “These kids are influencing people and changing adult minds.” She said that the students in her program have faced discrimination and have had to work harder than students in other communities to spark the change they want to see. “Adults talk negatively about all kids, but when they bust their bubble by doing something positive, more adults start stopping and asking how to apply. They want young people to be doing something positive.”

There was one instance this summer when the Earn & Learn participants were cleaning up the streets in Amani when a resident walking by asked Clark if they were in a jail program. She said when people stereotype kids, it’s bad for the community. “These kids are changing the narrative for young people,” said Clark. “They care about the community, and they know why it is important. They can make the change that we all need.”

This program has been an opportunity for the students to get involved and make a difference in their community. The students say that more people their age should have the same opportunity, and that maybe kids – not adults – should be the messengers. “[Kids] need another kid coming up to them,” said Patrick. “We need people in our program to let kids know what is out there for them to do. We can share that information; I already showed my cousin how to get an application.”

Stevie agreed, saying that kids need more opportunities to talk to each other. He also said that more organizations like DC should have spaces for young people to come and do what they’re interested in. “We don’t always need a grown person standing over us,” he said. Patrick added that sometimes youth programming that is run by adults isn’t always what he’s interested in. He said that the youth need a place where they can have the freedom to talk and listen to each other. “Peer to peer messaging is the most important thing,” he said. “If adults listened more, we wouldn’t have as many problems.”

“Whenever I tell an adult what I think, it’s like they don’t care,” said Stevie. “They’re just trying to make fun programs for kids, but we’re trying to make the community safe for kids.”

The Earn & Learn participants said that they do need assistance from adults, but collaboration between adults and kids would lead to better programming for youth and safer communities. “Adults have all the resources, buildings, etc. We need adults to run the buildings and the programs, but programming should be kids’ ideas,” said Patrick. “Or at least combine our ideas. It will probably be better.”

About the Dominican Center
The Dominican Center in the Amani neighborhood of Milwaukee works with Amani residents and partners to build a better future. Founded in 1995, DC began as an urban ministry program to learn more about the women in the neighborhood and has since evolved to serve all Amani residents and respond to the changing needs of the community. Today, DC serves as the community anchor for the White House Neighborhood Revitalization Initiative, Building Neighborhood Capacity Program and is the lead community partner for the US Department of Justice’s Innovations of Community Based Crime Reduction grant for Amani. 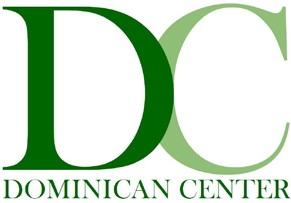 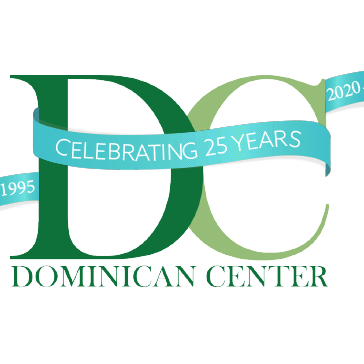 ‘Farming for the Future’

DC teams up with residents, FullCircle26, Inc., to bring hydroponics to Amani