Milwaukee—Nearly one in five tobacco retailers sold cheap flavored cigars and menthol cigarettes to minors in the City of Milwaukee, according to the latest Wisconsin Wins data from inspections conducted last year. During the Wisconsin Wins compliance checks, minors attempt to purchase cigars and menthol cigarettes, which is illegal. If they are successful, a Milwaukee police officer working with the minors writes a ticket on the spot or retailers can choose to sign up for the MARTS program (Milwaukee Achieving Responsible Tobacco Sales) to avoid citation.

Even more alarming, minors in some Milwaukee neighborhoods have even easier access to tobacco. Retailers in the Near North Side 53206 Zip code led the way with a whopping 55% youth access rate, followed by the 53208 Zip code (39%), the 53207 and 53233 Zip codes (tied at 33%), and the 53209 Zip code (24%). Youth in more affluent Zip codes have easier access to newer products like e-cigarettes, including the JUUL, but these products are not currently included in local Wins checks as the local youth access ordinance has not been updated since these products entered the market.

“We’re very concerned about the easy access that young, primarily African American Milwaukee residents have to flavored tobacco products,” said Lorraine Lathen of the Wisconsin African American Tobacco Prevention Network. “But that shouldn’t be a surprise. Tobacco companies specifically target young people and African Americans with flavored cigars through advertising and partnering with celebrities like Cardi B to promote their products.”

The Wisconsin Wins youth found it easiest to purchase flavored Swisher cigarillos, which are typically sold as two-packs for 99 cents and packaged to look like a natural fit among candy and gum displays. Of the products illegally purchased by the youth, 70% were Swishers, 24% were Newport menthol cigarettes, and 6% other types of small cigars.

The City of Milwaukee Tobacco-Free Alliance, which coordinates the Milwaukee-area Wisconsin Wins compliance checks and analyzed the data, focuses on preventing youth tobacco use and reducing disparities in tobacco use. The Alliance has noted the popularity of fruit- and candy-flavored tobacco products intended to appeal to young people so that that they will become lifelong smokers. In partnership with the Wisconsin African American Tobacco Prevention Network they raise awareness of the tobacco industry’s history of targeting African Americans and the LGBTQ community with menthol cigarettes, which are more addictive, more dangerous, and harder to quit than regular cigarettes.

“The Milwaukee Police Department encourages retailers who sell tobacco products to learn more about the laws regarding sales to minors so that they don’t get fined,” said Sergeant Raden, who oversees the License Investigation Unit. “Even better, they won’t be encouraging young people to become addicted to tobacco.”

Retailers can complete a free online training to learn how to prevent sales to youth at www.witobaccocheck.org.

One bright spot in the data: Of the retailers inspected in Milwaukee, 76% place their tobacco products behind the counter so that buyers need to ask for their cigarettes or cigars. But 20% of retailers still make it easy for teens to purchase flavored tobacco because they place it at the cashier’s stand.

To learn more about the City of Milwaukee Tobacco-Free Alliance or the Wisconsin Wins compliance checks, contact Anneke Mohr at amohr@communityadvocates.net or 414-270-2948. 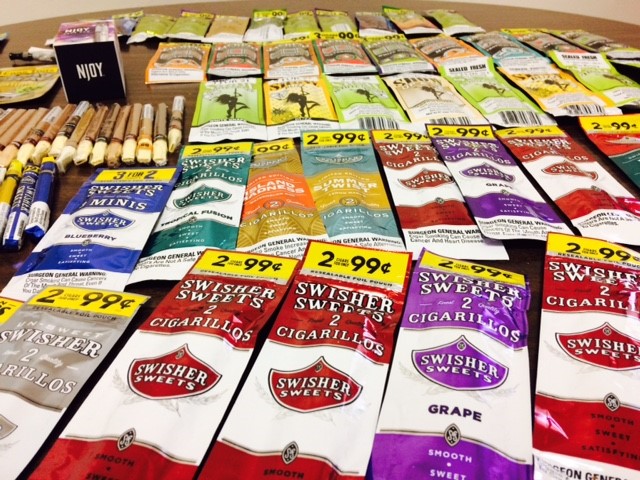