MILWAUKEE – Hospitality Democracy today announced that, after decades of serving the Milwaukee community, it has rebranded as Benson’s Restaurant Group to reflect its expanded vision for culinary excellence and a modernized focus on customer service.

“We are excited to begin a new chapter here at Benson’s Restaurant Group. This rebrand gives us the flexibility to expand our portfolio, looking ahead to new partnerships and restaurant openings in the near future,” says David Marcus, CEO of Benson’s Restaurant Group. “Hospitality is the core of our culture, and my dad, brothers and I learned the true definition of hospitality from my grandfather, Ben Marcus. Our rebrand is a nod to his successes and the ethos of his legacy for our guests.”

The hospitality group’s new name pays homage to Ben Marcus, his son, Steve Marcus, and his grandsons, David Marcus, Greg Marcus and Andrew Marcus. Ben Marcus built his entrepreneurial success from the ground up after emigrating from Poland to the United States in 1925. After learning English and building his theater and lodging business into a successful public company, Marcus expanded his vision from motion pictures to restaurants in 1958 when he acquired the franchise rights for the Wisconsin, Minnesota and Iowa Big Boy Restaurants of America. The company operated those beloved family restaurants for over 30 years, selling the operation in 1995. The Marcus family has also owned, franchised and operated Kentucky Fried Chicken, Captain’s Steak Joynt and Applebee’s. In the past decade, the Marcus family involvement in restaurants has grown through its investments in Hospitality Democracy, beginning in 2011.

Today, the rebrand to Benson’s Restaurant Group celebrates the Marcus family history and future focused on innovation and culinary excellence in the greater Milwaukee area. 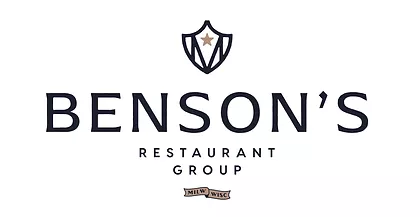 Recently renamed hospitality group inks venture on one of first new builds in city since pandemic, set to open summer 2022