The American Cup is the first of the four all-around events included in the International Gymnastics Federation’s World Cup Series, which is part of Olympic qualification for the 2020 Olympic Games in Tokyo, Japan. The 2020 American Cup, which will be in Milwaukee for the first time, will have two all-around sessions, with 13 women competing at 11 a.m. CT and 13 men at 3:30 p.m. CT. The Nastia Liukin Cup, which showcases some of the country’s top Junior Olympic female gymnasts, is slated for Friday, March 6, 2020, at 7 p.m. CT. The competition is subject to change.

The United States will have two men and two women competing against 11 men and 11 women, respectively, from around the world. Invitations to compete are based on performances at the 2019 World Gymnastics Championships. The balance of the field is expected to be finalized in early 2020.

Hurd won the 2018 American Cup title after claiming the 2017 World all-around crown. She also helped the USA win the 2018 World team title. Hurd has six World medals – two gold, two silver and two bronze – and a Pan American Games team title. Mikulak, who has six U.S. all-around titles, has two World bronze medals, one for the team in 2014 and also the horizontal bar in 2018. He captured the American Cup title in 2014.

All-session ticket packages range in price from $77-$179 and include the Nastia Liukin Cup on Friday, March 6, 2020 and the American Cup sessions on Saturday, March 7, 2020. In addition to FiservForum.com, tickets are available at the Fiserv Forum Ticket Office or Ticketmaster.com. Discounted tickets are available through local gymnastics clubs that are participating in the club ticket sales program. For information on club sales or group tickets, call 414-227-2875. Click here for group discount information.

Although this is the event’s first visit to Milwaukee, two Milwaukee-area gymnasts have won American Cup titles. In 2004, Paul Hamm, who grew up in Waukesha won the all-around and went on to claim the 2004 Olympic all-around gold. In 2005, the American Cup awarded titles for each individual event for men and women. Chellsie Memmel, who now lives in Dousman, won the uneven bars title and went on to become the 2005 World all-around champion, as well as earn the 2008 Olympic team silver medal.

At the 2008 Olympic Games in Beijing, Liukin’s total of five medals tied the U.S. gymnastics record for most medals in one Olympic Games. Liukin’s Olympic medals are: gold – all-around; silver – team, balance beam and uneven bars; and bronze – floor exercise. Liukin was the third of five U.S. women to win the Olympic all-around crown. She also won nine World medals in her career. Liukin has graced many magazine covers and appeared on various shows, including “Gossip Girl,” “Make It or Break It,” and the feature film, “Stick It.” Liukin was a contestant in the 2015 spring edition of “Dancing with the Stars” and was the grand marshal for the 2015 Indianapolis 500. She currently serves as a gymnastics analyst for NBC Sports and is a founder of Grander, a global community for the next generation of female athletes that provides access to the people who inspire, resources to help achieve dreams, and communities of like-minded people with similar ambitions. Liukin was coached by her father, Valeri, who has four Olympic medals from 1988 including two gold.

The International Gymnastics Federation is the governing body for gymnastics worldwide. It is the oldest established international federation of an Olympic sport and has participated in the Olympic Games since its revival in 1896. The FIG governs eight sports: gymnastics for all, men’s and women’s artistic gymnastics, rhythmic gymnastics, trampoline (including double mini-trampoline and tumbling), aerobics, acrobatics, and Parkour. It counts 148 national member federations and has its headquarters in the Olympic capital of Lausanne, Switzerland.

Based in Indianapolis, USA Gymnastics is the national governing body for gymnastics in the United States. The organization is committed to creating a culture that encourages and supports its athletes and focuses on its highest priority, the safety and well-being of the athletes. USA Gymnastics has taken specific, concrete steps to strengthen its athlete safety policies and procedures, including adopting the updated USA Gymnastics Safe Sport Policy. Former gymnast and business executive Li Li Leung is the new president and chief executive officer of USA Gymnastics. The organization’s disciplines include men’s and women’s artistic gymnastics, rhythmic gymnastics, trampoline and tumbling, acrobatic gymnastics and gymnastics for all (formerly known as group gymnastics). For more complete information, visit usagym.org. 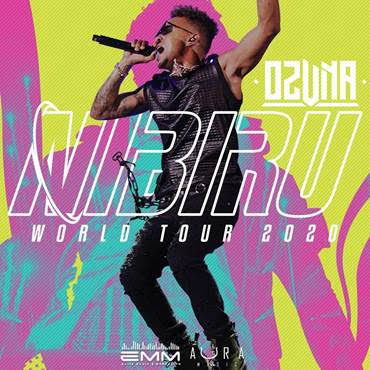