Neighborhood House is offering this youth-organized anti-violence summit in the wake of recent tragedies. 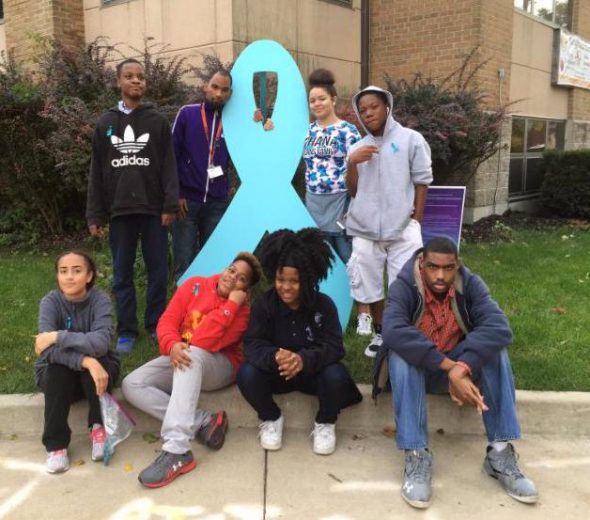 Milwaukee, January 31, 2017 – Teens from Neighborhood House of Milwaukee will host their annual Violence Prevention Summit on Friday, February 3, 2017 from 3:30 to 7:30pm at Neighborhood House. The event features guest speakers including gun violence survivors and witnesses, law enforcement officers from District 3, and performances by teens reflecting on their concerns.

Neighborhood House, a community center on Milwaukee’s near west side that serves over 300 youth a year, is offering this youth-organized anti-violence summit in the wake of recent tragedies, including the shooting deaths of 18 year old Joshua Words in December 2015, and 48 year old Jay Ro in June 2015. Words participated in Neighborhood House youth and summer employment programs and Ro studied English at International Learning Center, a Neighborhood House program for refugees.

When asked what should be said to youth in the community about gun violence, Nelicia Miranda, a Neighborhood House participant within the teen program had this to say: “Not everybody knows the pain of losing someone to gun violence. It’s not the fact that you are losing a person, which is a part of life, but how you are losing them. It’s important to get the message of peace out there so youth can grow and show love.”

“Community engagement is a way forward in this time of increased gun violence,” says Neighborhood House Executive Director Jeff Martinka.  “We’re proud that Neighborhood House teens are working with neighbors and local leaders to create opportunities for real dialogue in our city.”

ABOUT NEIGHBORHOOD HOUSE: Neighborhood House of Milwaukee is a community center in the settlement house tradition, founded to help strengthen children and families in some of the city’s most underserved neighborhoods. The agency has touched the lives of nearly a million children and adults since 1945. Its highly regarded, award-winning programs serve infants and toddlers, school-age and teen youth, adults and families, refugees and immigrants. More at www.neighborhoodhousemke.org