“The majority of the State Supreme Court has once again demonstrated its loyalty is to the Republican Party, not the laws of Wisconsin. There is no basis in the constitution or the law to utilize a “least changes” framework, and not only do the justices in the majority know that, they completely misstate federal precedent in this area of the law by dishonestly misrepresenting the findings in Rucho.” 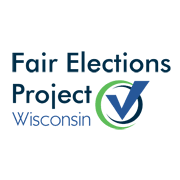