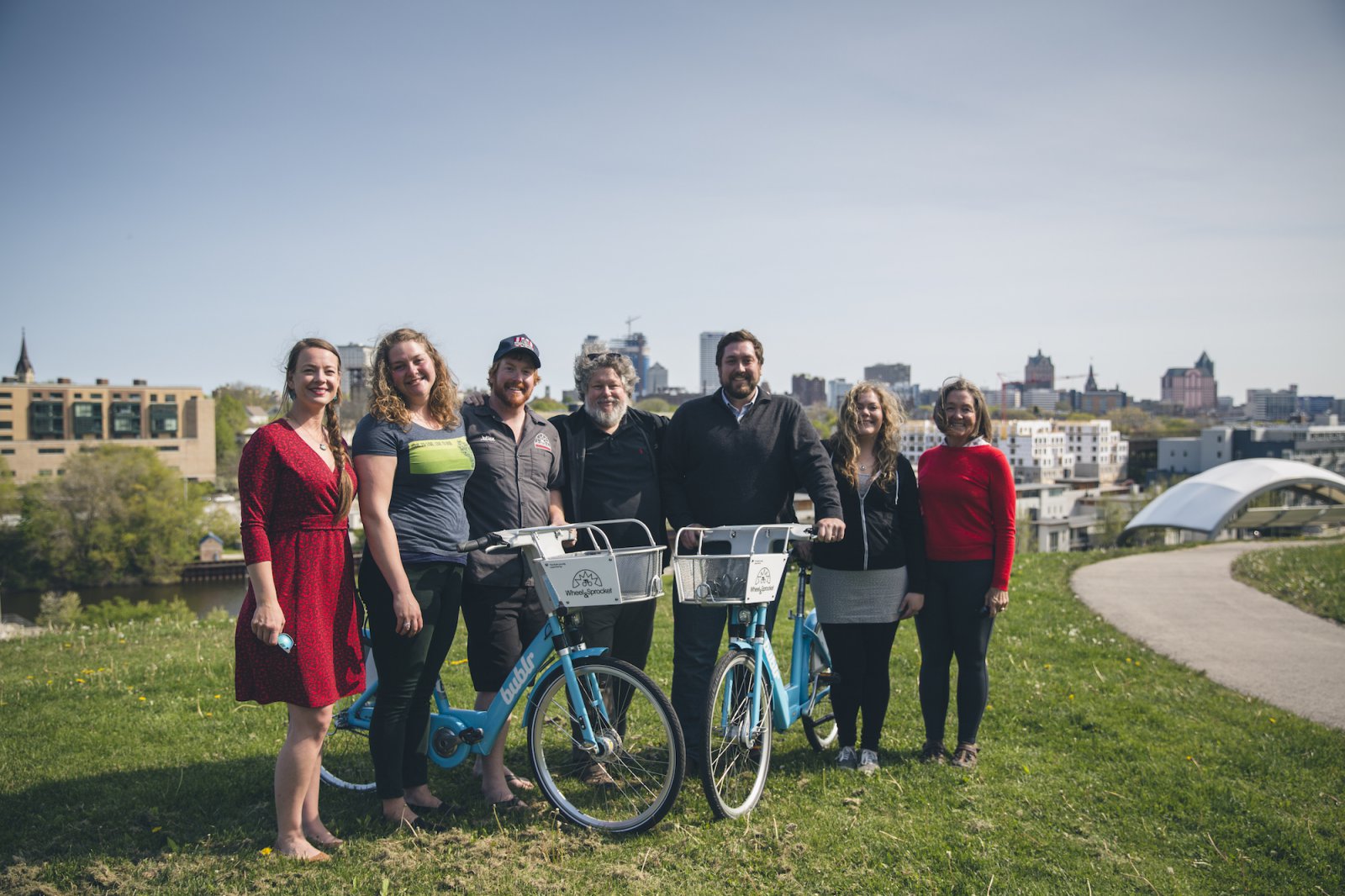 (Milwaukee, WI) – In recognition of his numerous contributions to his native state, the governor of Wisconsin, will proclaim Sunday, September 25 2016 as “Chris Kegel Day” throughout the state. Milwaukee’s Mayor Tom Barrett and Mayor Dan Devine of Kegel’s hometown of West Allis, WI have also named Sunday as “Chris Kegel Day” in their respective cities. A Milwaukee-area icon and fixture of the local and national bicycle advocacy movement, Kegel has spent more than 40 years in the cycling industry spending much of that time promoting numerous bicycle-charity events and bicycle infrastructure projects throughout the country. Kegel was recently diagnosed with an aggressive form of cancer.

Known for his big personality, curly hair, and black-rimmed glasses, Kegel has served the Milwaukee
community since the early 1970’s when he became the fourth employee of a fledgling bike shop in Hales Corners that, under his direction, would become one of the biggest and best bicycle retailers in the United States. During that time, Kegel would go on to help found the nation’s most significant bicycle advocacy movement, People for Bikes, serve as president of the League of American Cyclists, chairman of the National Bicycle Dealer Association (NBDA), as well as sit on numerous boards including that of the International Mountain Bike Association (IMBA), and the Bicycle Federation of Wisconsin. “Cyclists across this country, Milwaukee and beyond, have a lot to thank Chris for,” said Trek Bicycle President John Burke. “He has been a tireless advocate for cyclists everywhere and to call him anything but a visionary would be an understatement. The man is a legend.”

“Chris Kegel has touched so many people, organizations and charities throughout his over 40 years of work,” said City of Milwaukee Mayor Tom. “To celebrate all that Chris has done I encourage everyone to jump on your bicycle today and ‘Enjoy Your Ride’.”

“Chris Kegel is a national treasure,” said City of West Allis Mayor Dan Devine. “We are proud to call him a son of West Allis.”