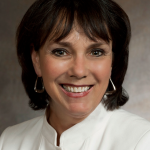 Pat Strachota, Photo from the State of Wisconsin Blue Book 2011-12.

Madison…Speaker Robin Vos (R-Rochester) made the following appointments to the Wisconsin Ethics Commission and Wisconsin Elections Commission, as required by 2015 Wisconsin Act 118.

Wisconsin Ethics Commission:  Pat Strachota of West Bend was a state representative for the 58th Assembly District from 2005-2015 and became the first female Assembly Majority Leader.  She also served on the Joint Committee on Finance. Before serving the state, she was a Washington County Board member from 1986-2002.

Wisconsin Elections Commission:  Steve King of Janesville is the founder & partner of King Capital LLC. He is on the Board of Directors for the First Community Bank, Milton and the National Boy Scouts of America. He also is a National Committeeman for the Republican Party of Wisconsin.

“Both individuals bring a great deal of experience to the commissions.  I have every confidence that they serve our state well in this new capacity,” said Speaker Vos.