The series’ first guest is P.M. “Pat” White, author of Buzz Ride: Driven to Disruption: Memoirs of an Uber Driver. 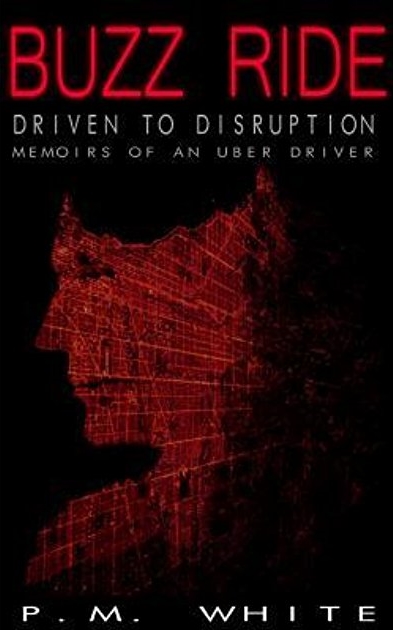 Buzz Ride: Driven to Disruption: Memoirs of an Uber Driver

The series’ first guest is P.M. “Pat” White, author of Buzz Ride: Driven to Disruption: Memoirs of an Uber Driver. White, a pseudonym, was a Wall Street broker and had managed money for Hollywood celebrities. Then, on a lark, he drove Uber on weekends in Chicago’s nightclub districts to better understand the gig economy. It began changing his personality and led to the writing of this darkly comic, coming-of-middle-age adventure. So True talks to White about the gig economy, Baby Boomers and Millennials, and how work affects who we are and how we see the world.

Sharon Woodhouse says the series is inspired by Chicago’s historic Dil Pickle Club*: “Although I don’t see the series ever getting as wild as the Dil Pickle Club, I do hope it will be as interesting.” While she is starting off on a lighthearted note, Woodhouse intends for the series to focus primarily on thought-provoking topics in the areas of ideas, trends, current events, science, history, and politics. Woodhouse has nursed the idea for this series for over ten years, but a recent 18-month recovery from a bad concussion spurred her to take a serious look at the things she had been putting off in life.

In the spirit of the Dil Pickle Club, So True’s format encourages audience interaction with guests. Each event, the first Monday of every month, will also introduce three mystery guests from the worlds of books, ideas, and/or conversation at the end of the first hour to kick off the next hour of mingling (and more drinking).

Upcoming speakers in the series include Kira Henschel, owner and publisher of HenschelHAUS Publishing (www.henschelhausbooks.com), on January 8, 2018, and Dr. Terrence Dolan, former director of UW-Madison’s Waisman Center and author of Children of the Kingdom: Bridging Genetics and Islam to Save the Newborns of Saudi Arabia, on March 5, 2018.

*Growing up in Chicago, there were magical places from the city’s past that no longer existed. Many of us swooned over their memory, mourning the fact that we would never personally know their wonders: Riverview Amusement Park and the White City of the 1893 World’s Columbian Exposition, which left behind the building that is now the Museum of Science and Industry, most stand out.

Lesser known but what captivated me even more was the Dil Pickle Club—a free-wheeling, free-thinking outpost down a narrow alley in what is now the city’s Gold Coast neighborhood. Guests who had to climb a high stoop and duck their heads to pass through the low entryway were greeted by a sign reading: “Elevate Your Mind to a Lower Level of Thinking.”

Open from 1917 to 1935, the Bohemian Dil Pickle flourished in the 1920s, frequented by scientists and social workers, artists and academics, hobos and prostitutes, religious zealots and political radicals, journalists and novelists…luminaries of the day like Carl Sandburg, Clarence Darrow, Lucy Parsons, and Upton Sinclair.

Conversation and disheveled debate among people of all social classes and intellectual persuasions characterized the Dil Pickle, known for its free speech forums, lectures on the latest discoveries in knowledge and topics the more controversial the better (everything from quantum physics to birth control), and activities like lusty all-night dances, amateur theater productions, poetry recitals, and doodling contests. The must-read and maybe only book on this fabulous place is Franklin Rosemont’s The Rise & Fall of the Dil Pickle Club: Jazz Age Chicago’s Wildest and Most Outrageously Creative Hobohemian Nightspot.