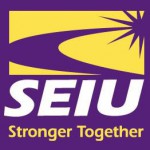 MADISON – Service Employees International Union (SEIU) local affiliates filed a lawsuit today to challenge as unconstitutional legislation enacted by Republican lawmakers and the outgoing Republican governor during the December 2018 lame duck session. Through this lawsuit, working people in Wisconsin are fighting back against the anti-democratic power grab of the outgoing anti-union, anti-worker governor Scott Walker.

“It’s outrageous that anti-worker, anti-union Governor Walker tried to strip away from the incoming pro-worker governor the same powers that Walker himself relied upon to take away the right to unite in unions over the past eight years,” Bisno said. “Politicians don’t get to rewrite the rules of government just because they lost an election. Walker disrespected the will of the voters and damaged democracy in Wisconsin, but with this lawsuit we are fighting back.”

The complaint filed today in the Dane County Circuit Court declares that the power grab legislation violates the Wisconsin Constitution. According to the lawsuit, “the lame-duck Legislature fundamentally altered Wisconsin government by arrogating to itself powers recognized for more than two hundred years as within the exclusive province of the Executive Branch, and by enabling a handful of legislators to change the law without the quorum mandated by the Constitution.” The lawsuit, filed along with the American Federation of Teachers and other plaintiffs who participated in the election and contributed to the victory of Governor Tony Evers, calls for immediate injunctive relief.

“The working people of Wisconsin are standing up and fighting back,” said Neal Bisno, Executive Vice President of SEIU. “SEIU members voted and worked hard to turn out other voters in the November election. They deserve to have a governor that can deliver on the issues he ran on which inspired the people of Wisconsin to put him in the governor’s seat. We won’t stand for this shocking attempt to make a farce of our democracy.”

In the midterm elections, working people in Milwaukee and across Wisconsin – many of them first time and infrequent voters – showed up in unprecedented numbers to vote for candidates who cared about issues that would help them with the hope and expectation that their choice would be respected. SEIU members knocked on tens of thousands of doors, and the infrequent voters they mobilized powered Governor Tony Evers to victory. In his campaign, Evers stood with Wisconsin’s working people by supporting a $15 minimum wage and expanded healthcare for all.

“I’m a registered nurse, and my union is composed of health care workers who work every day to provide care to the people of our state,” said Anne Louise Tetreault, SEIU Healthcare Wisconsin Vice President. “We mobilized last year because we wanted to support a candidate who cared about our most important issue — our ability to care for the people who need it most. The unconstitutional laws passed in December make it harder for us to do that. We’re challenging those laws to stand up for our patients and the people of Wisconsin.”

SEIU members won’t stop once they restore Gov. Evers’s executive powers. They will continue fighting for $15 an hour and the opportunity for every worker to join a union, no matter where they work.