The News: Today, on behalf of a public school teacher who has refused union membership, attorneys at WILL have filed a motion to intervene in the latest lawsuit over the 2011 collective bargaining reform law (“Act 10”). This month, labor unions revived a dormant lawsuit in federal court to bring against the Evers Administration arguing that key provisions of Act 10 are unconstitutional.

Yesterday, the Evers’ Administration indicated that they will defend the law. But WILL’s client has a direct, distinct interest in the lawsuit because, if successful, it would restore union collective bargaining rights and overturn a number of provisions of Act 10 that protect her legal and First Amendment rights.

The Lawsuit: On May 3, 2019, the Operating Engineers union filed an amended complaint in the U.S. Eastern District of Wisconsin in front of Judge Adelman. Their complaint argues that key provisions of Act 10, like public union collective bargaining rights and union re-certification elections, must be overturned, relying in part on the U.S. Supreme Court decision in Janus v. AFSCME where the Court ruled mandatory agency fees from non-members violates the First Amendment.

Our client, Kristi Koschkee, an English teacher at LakeView Technology Academy in Pleasant Prairie, has refused union membership and does not want to be forced to subsidize a union that she disagrees with politically. If successful, the lawsuit jeopardizes Ms. Koschkee’s ability to independently bargain with her employer without a union. It could also dramatically change union certification election reforms.

The Quotes: Kristi Koschkee, public school teacher in Kenosha Unified School District: “As a public school teacher who refused union membership, the lawsuit will restrict my freedoms in the classroom. The public unions are once again trying to use the courts to handcuff all teachers, union or not, to collective bargaining agreements. If the unions are successful, it will hurt my ability to do what I love: teach students.”

Anthony LoCoco, WILL attorney: “Once again, unions are trying to use the courts to overturn Wisconsin’s historic and successful collective bargaining reform law. On behalf of our client, a school teacher, we’re fighting to ensure that workplace freedom is upheld in federal court. Our client deserves to have her day in court because she is uniquely positioned to argue for her legal and First Amendment rights.” 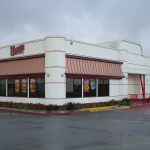 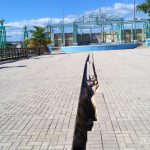 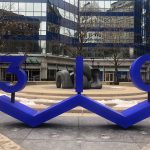