MADISON — It’s been an entire week since Russ Feingold proposed a bipartisan solution to keep third party dark money from flooding Wisconsin, and allow Wisconsin’s Senate election to focus on issues. The Badger Pledge is a tried and true proposal. All that’s required to keep tens of millions in dark money attack ads from running is Ron Johnson‘s signature.

“The only thing Wisconsin needs to have a Senate race about issues, not attack ads, is Ron Johnson’s signature on the Badger Pledge. It’s a simple, two-page proposal that’s proven to work, and Ron Johnson can’t come up with an answer after a full week?” said Russ for Wisconsin campaign manager Tom Russell.

Instead of giving Wisconsin an answer, Johnson attended a fundraiser on Monday hosted by a super PAC CEO and billionaires who bankroll super PACs set to swamp Wisconsin with ads on his behalf.

“If Ron Johnson likes the current system of independent attack ads, he should just come out and say it,” said Tom Russell. “But if he wants to have an election that’s more focused on issues and the people of Wisconsin, he should join us in signing the pledge.”

3 thoughts on “Ron Johnson Needs To Answer On Badger Pledge” 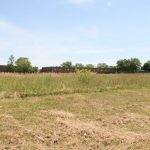