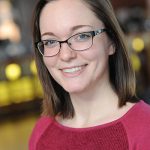 Emily Ballweg is now a project engineer.  Starting as an intern, Ballweg has been with Mortenson since 2015. She is now working on the Froedtert Integrated Surgical & Interventional Platform project in Wauwatosa. 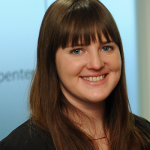 Kevin DePass is now a project engineer II.  DePass has been with Mortenson for more than three years, and is currently working at the Acuity Headquarters Expansion project. He is responsible for review and resolution of field coordination issues with project participants and team members.

Chris Guido has been promoted to assistant superintendent. Guido is responsible for assisting in coordination of contractors and supervision of craftworkers on the jobsite. He is currently working at the Acuity Headquarters Expansion project in Sheboygan.

Josh Halvorsen has been promoted to assistant superintendent.  Halvorsen has been with Mortenson for close to two years and was previously a project engineer. He is currently on the Acuity Headquarters Expansion project in Sheboygan.

Ryan Hornsey has been promoted to senior safety engineer.  Hornsey is responsible for assisting in the overall administration of project safety, accident and fire protection programs to maintain safe work environments. 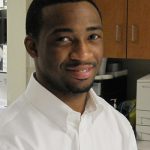 Tyler Johnson is now a project engineer. Since joining Mortenson in 2015, Johnson has been at the Acuity Corporate Headquarters Expansion project in Sheboygan where he is currently responsible for the interiors of the project.

Blake Lawson is now a project engineer.  Lawson is currently a member of the St. Camillus Campus Expansion team, and previously worked on the Kohl’s Data Center and the Amalie Arena in Tampa Bay, Florida.

Tess Massaroni has been promoted to project engineer.  In her two years with Mortenson, Massaroni has contributed to challenging projects including ProHealth D.N. Greenwald Center in Mukwonago, Hotel Commonwealth in Boston, and currently, the Acuity Headquarters Expansion in Sheboygan. 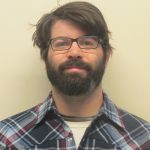 Ryan Olsen is now a safety manager.  Olsen served as safety engineer on the Froedtert CFAC project and quickly gained the respect of the owner, architect, and project team alike.  His knowledge of the industry and risk mitigation has proven invaluable. Olsen is working on the Milwaukee Bucks Arena project.

Mark Peterson is now an integrated construction coordinator II.  His responsibilities include coordination effort in pre-construction and construction through the implementation of advanced software technologies including creating 3D mockups and virtual designs.

Andrew Roensch has been promoted to project engineer.  Roensch spent a rotation assisting the estimating department, and is currently working on the Froedtert CFAC Inpatient build-out project in Wauwatosa.

Julie Ropel has been promoted to senior project accountant.  Ropel has been with Mortenson for more than seven years, supporting project teams with accurate and timely financial analysis and reporting. 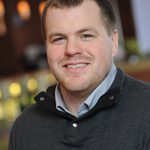 Josh Rudolph is now a senior scheduling engineer.  In his new role, Rudolph will provide leadership to the planning and scheduling efforts of the operating group. Over his nine years with Mortenson, Rudolph has worked on projects in Wisconsin including the Harley-Davidson Museum, Aurora Medical Center – Summit, Kohl’s Innovation Center, Martha Jefferson Hospital in Virginia, Kohl’s EFC1 in Ohio, and multiple Kohl’s projects in Texas.

Laura Rudolph has been promoted to MEP project manager.  In this new role, Rudolph is responsible for planning, monitoring, and supervising the mechanical, electrical, and plumbing activities on a project.

She is currently working on the Froedtert Integrated Surgical & Interventional Platform project in Wauwatosa.

Mark Schulz has been promoted to MEP design phase manager II.  Schulz is responsible for both the preconstruction and construction phase of the MEP systems on the Acuity Corporate Headquarters Expansion project. 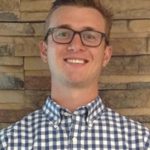 Bridget Slack has been promoted to senior marketing manager.  In her ten years with Mortenson,

Brad Tennie has been promoted to project manager II. Tennie has been with Mortenson for two years and has worked on the Kohl’s Innovation Center and Aurora Data Center. He is currently managing the St. Camillus Community-Based Residential Facility & Jesuit Residence project in Wauwatosa.

Erin Umhoefer has been promoted to marketing coordinator. Umhoefer is responsible for social media, website content, and internal communications. She joined Mortenson in 2014 after graduating from the University of Wisconsin – Madison with a bachelor’s degree in journalism.

Kathleen Vignali is now project engineer.  Vignali joined Mortenson in 2014 and has been working on the Uline Distribution Center in Pleasant Prairie. 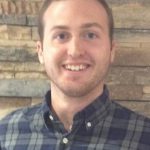 Mortenson’s Milwaukee office has been a staple in the Milwaukee community for more than 25 years and has built landmark projects such as 1000 N Water Street, Kilbourn Tower, and the Harley-Davidson Museum, along with many high profile healthcare facilities for Froedtert Hospital such as their Clinical Cancer Center and Center for Advanced Care.  Currently, we are working with customers including Kohler Company, Uline, Acuity Insurance, and Marquette University. Mortenson’s Milwaukee operation employs more than 110 craftworkers and 100 professional team members. In addition to Milwaukee, Mortenson has offices in Minneapolis, Chicago, Denver, Iowa City, Phoenix, Portland, San Antonio, Seattle, and Washington DC with international operations in Canada. For more information, visit mortenson.com.