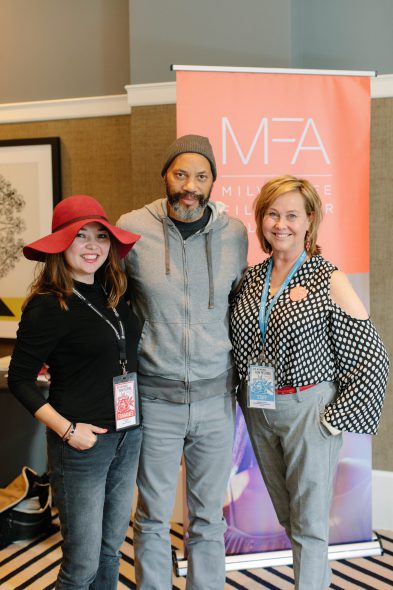 MILWAUKEE – Friday, November 10, 2017 – The Milwaukee Filmmaker Alliance is excited to announce the complete results from a study on the local film industry, which were shared at last night’s Milwaukee Filmmaker Alliance Launch Party. The results reveal millions of dollars generated through labor income, billions in sales, and thousands of film industry jobs supporting southeastern Wisconsin’s workforce.

The study reports that 43% of survey respondents moved to Milwaukee for a creative education or career. As the local film and media community generates more jobs and economic activity, greater value can be added to traditional non-media sectors through services such as commercial video, web content creation, and social media marketing. In addition, the growing film industry can strengthen the visibility and reputation of the region, attracting a creative young workforce.

ICF International reports “Greater Milwaukee is home to a dynamic emerging film industry, and the region has many key assets needed to support its development into a significant economic cluster.”

The Motion Picture Association of America (MPAA) reports that 1.9 million workers in all 50 states are a part of the film and television industry, contributing $41 billion to over 345,000 businesses annually. Milwaukee is home to less than 1% of these workers.

“The local film and media industry and economy are growing at incredible rates, but there remains limitless untapped potential,” states Milwaukee Filmmaker Alliance Director, Suzanne Jurva. “The Milwaukee Filmmaker Alliance plans to support and meet the needs of the region’s film and media industry by providing opportunities for filmmakers to promote their work and skills, network with other professionals, and hone their skills through education programs.”

Key challenges for the area indicated in the study include limited opportunities for funding and investing in films, the need for more connectivity among professionals and resources in the industry, and the need for greater external relationships and exposure. Also recognized are Milwaukee’s current assets, including strong higher education systems, low cost of living and doing business, and the annual Milwaukee Film Festival, which has served the local filmmaking community for nearly a decade.

ICF International drew from three sources of data: federally collected industry and economic data, a survey of over 700 regional industry stakeholders, and interviews conducted on-site and by phone.

The full ICF International report can be read at mkefilmmakeralliance.org or by sending a request to emily@mkefilm.org.

Also at last night’s event, Academy Award-winning screenwriter, John Ridley, shared a message regarding a new creative hub being developed with Milwaukee County Executive, Chris Abele. It was announced that Milwaukee Film will be one of the first tenants in the creative hub beginning in March of next year.

More information on the creative hub can be found at mkecreativehub.com.

Milwaukee Film is a nonprofit arts organization dedicated to entertaining, educating, and engaging our community through cinematic experiences. This year’s 15-day film festival took place from September 28 – October 12. For more information, visit us online at mkefilm.org.

About the Milwaukee Filmmaker Alliance

Founded in 2016 by Milwaukee Film, the mission of the Milwaukee Filmmaker Alliance is to support all forms of media, television, and filmmaking, both artistic and commercial, from Milwaukee to the world and from the world to Milwaukee. The initiative strives to grow and sustain a diverse and vibrant creative community of storytellers through building an industry infrastructure that advances advocacy, education, and financial support.