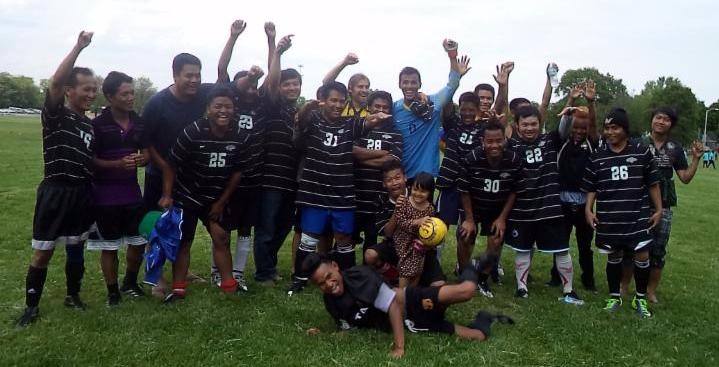 A soccer tournament finale will be part of World Refugee Day events.

“Milwaukee has a rich history of welcoming newcomers, and Neighborhood House is proud to be part of that tradition by co-sponsoring an event that celebrates our common humanity,” says Neighborhood House Executive Director Jeff Martinka. “World Refugee Day acknowledges the contributions and resilience of those among us  who are rebuilding their lives here after fleeing violence in other countries.

ABOUT NEIGHBORHOOD HOUSE: Neighborhood House of Milwaukee is a community center in the settlement house tradition now in its 70th year, founded to help strengthen children and families in some of the city’s most underserved neighborhoods. The agency has touched the lives of nearly a million children and adults since 1945. Its highly regarded, award-winning programs serve infants and toddlers, school-age and teen youth, adults and families, refugees and immigrants. More at www.nh-milw.org