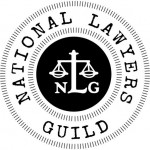 The Milwaukee National Lawyers Guild applauds today’s decision to charge former Wauwatosa Police Officer Joseph Mensah in the murder of Jay Anderson, Jr. The Guild commends Mr. Anderson’s family for their courageous and painful battle to seek justice for their son. Guild Steering Committee member Sameena Mulla commented, “Today’s decision would not be possible without the steadfastness of Mr. Anderson’s family, nor would it have been possible without the outstanding work of Atty. Kimberley Motley. It is the Guild’s opinion that since February, Atty. Motley has built a thorough and irrefutable case demonstrating Joseph Mensah’s responsibility for the death of Mr. Anderson.”

Guild members attended all of the hearings in this case, and were impressed with the careful way in which Atty. Motley presented the evidence and examined witnesses, and with Judge Glenn Yamahiro’s judicious consideration and detailed attention. It is rare to see judges make courageous decisions towards justice in such cases. What emerged during the hearings was a picture of an officer whose conduct repeatedly contravened standard police operating procedures. The hearings also raised serious questions about the improper interference of the subject Wauwatosa Police Department in the subsequent investigation by the Milwaukee Police Department, and the inadequate and superficial investigations by the MPD and then the Milwaukee County District Attorney’s office, which were charged with the serious duty of determining whether this homicide was legally justified. Had Mr. Anderson’s family not pursued this strategy with Atty. Motley, the failures of Joseph Mensah, and of the law enforcement agencies which claimed to investigate, would not have come to light.

Atty. Ramon Valdez, Guild Steering Committee member, noted that “The sheer depth and breadth of the evidence Atty. Motley brought before the court highlighted both Joseph Mensah’s questionable choices, and the many holes in the investigations and procedures by the agencies we have entrusted to hold police accountable.”

The Guild also asserted that efforts to properly hold individual police officers accountable in citizen deaths are an absolute priority, and that these should be coupled with efforts to systematically interrogate the professional culture of police departments that appear to foster and even condone improper behavior when they refuse to thoroughly investigate.

Emilio De Torre, Guild Steering Committee member, commented, “We always hear about police who are involved in civilian deaths as ‘bad apples,’ but the whole saying is ‘one bad apple spoils the barrel.’ Holding one officer accountable is an important first step, but there is a bigger picture here that needs to be addressed.”