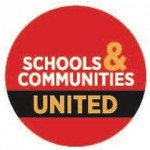 City of Milwaukee charter schools are now prohibited from giving money or gifts as incentives to enroll new students.

Schools and Communities United (SCU) announces that City of Milwaukee charter schools are now prohibited from giving money or gifts as incentives to enroll new students.

When Central City Cyberschool advertised this summer that it would pay $200 to any person enrolling a new student, we brought the advertisement to the attention of the Milwaukee Common Council.

Jenni Hofschulte, Co-Chair of Schools and Communities United, said, “When parents are making decisions as to which schools their children will attend, the emphasis should be on the qualities of the schools.  Schools should be showing parents the important features of education in their buildings, not trying to distract parents with dollar signs.”

The enrollment rewards took advantage of a loophole in the state’s funding practice.   The state largely determines the amount of aid a school will receive by the number of students enrolled on the 3rd Friday of September.  Some charter and voucher schools have been known to enroll as many children as possible by the deadline date, but later remove from school those they find most difficult to teach.  Those students then often enroll in Milwaukee Public Schools, but the funding is kept by the schools that gave up on them.

Urban Day School, chartered by UW-Milwaukee, advertised a $100 enrollment incentive during the summer.  Ms. Hofschulte also stated, “Now that the Common Council has prohibited the use of bribes to get kids into its charter school seats, we hope UWM will follow suit and outlaw the practice by the schools it has chartered.”

The forced sale of the former MPS property at 500 E. Center St. falls under a section of the Opportunity Schools Partnership Program that was included in the 2015-2017 budget.