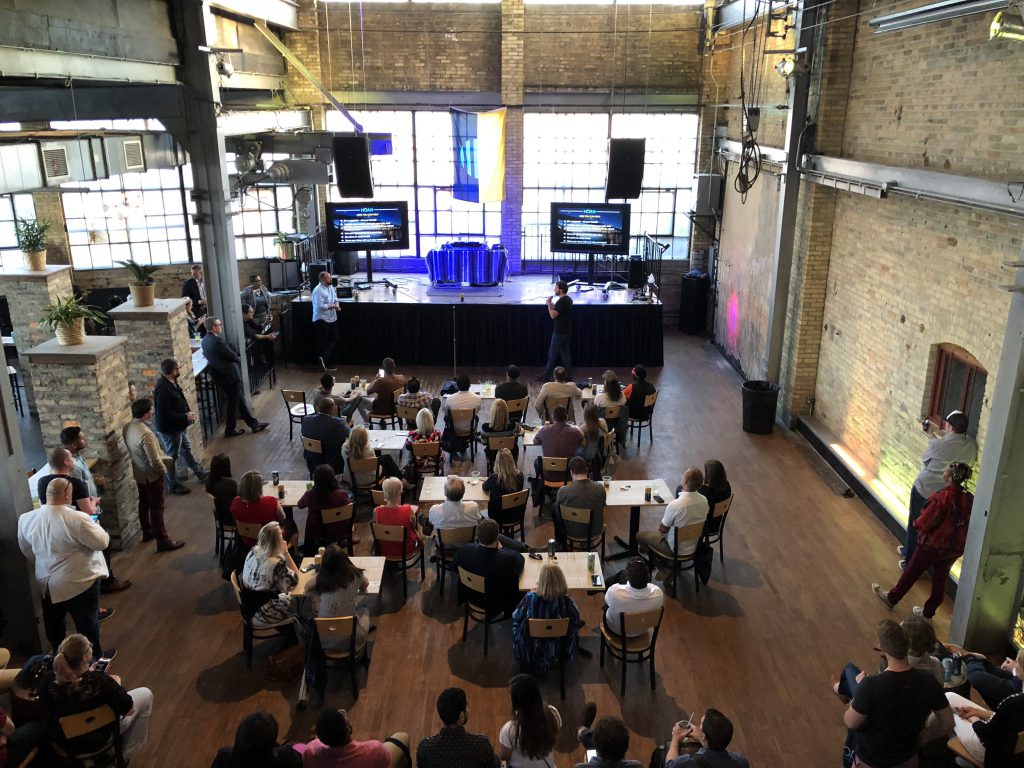 It used to be called the “Bridge to Nowhere.” Now one group is looking to shine a light on Milwaukee’s beloved overpass by illuminating the Daniel Hoan Memorial Bridge.

Earlier this year, a collective of local business and civic leaders formed Light the Hoan as a committee of the Daniel Hoan Foundation. This week, the group will officially launch a public crowdsourcing campaign to help raise more than $1.5 million to light up Milwaukee’s famous yellow arches. The funds will be used to install thousands of LED lights on the bridge.

“By illuminating the Hoan bridge, our mission is to share … acts of generosity and service so we can build pride in our city — and provide a catalyst for greater cultural and economic improvements.” – Michael Hostad

Similar efforts have been embraced in San Francisco and Edmonton and have driven tourism, beautification efforts and civic pride.

The crowdfunding campaign will be driven by individual bulb purchases and dedications on the Light the Hoan website.

More than a unique urban infrastructure project, Light the Hoan is running a grassroots campaign to change Milwaukee’s skyline, and also to designate the structure as a symbolic representation of the positive stories that bridge Milwaukeeans together, explains the group’s co-founder, Michael Hostad.

“Far too often, we hear too much about the negative stories coming out of Milwaukee,” Hostad, of the Greater Milwaukee Committee, says. “While we cannot ignore those stories, we also know that every day, in every Milwaukee neighborhood, people are having a positive impact and building community.  By illuminating the Hoan bridge, one bulb at a time, our mission is to share these acts of generosity and service so we can build pride in our city — and provide a catalyst for greater cultural and economic improvements.”

The community is encouraged to share stories via the Light the Hoan website, where individuals can dedicate a lightbulb (or multiple bulbs) for $25 each to a person or organization who has helped to make Milwaukee’s future brighter. Individuals can then view their light and dedication via the interactive website, where others can read them.

Media is encouraged to follow the Light the Hoan social media channels to help amplify these positive stories and the collective civic pride in Milwaukee. Select stories will also appear in a new series on OnMilwaukee.com, Light the Hoan’s official media partner.

After the lights are installed, Light the Hoan says the bridge will serve as a nightly reminder of the bearing of community relationships and provide a symbol of support for events such as holidays, festivals and other city-wide causes. The project may also utilize technology that could allow for interactivity and programming the lights to “dance” to music.

The Daniel Hoan Foundation has entered into a public/private partnership with the Wisconsin Department of Transportation, wherein private funds raised by Light the Hoan’s crowdsourcing effort will be leveraged to raise additional philanthropic, foundation and corporate support to reach the total goal of just over $5 million. The DOT will help lead the state procurement process to design and construct the lighting system and support its operations and management.

“With the Light the Hoan campaign, we’re looking to do more than just light up Milwaukee’s skyline,” says Ian Abston, president of Millenian LLC and a group co-founder. “We’re hoping to enhance the Milwaukee brand by bringing more beauty and value to downtown, and by building a framework for collective community impact. The lighted bridge could become our generation’s version of the Calatrava at the Milwaukee Art Museum.”

The idea has been widely embraced by all generations and walks of life in Milwaukee.

“The Daniel Hoan Memorial Bridge has long been a symbol of Milwaukee,” says Mayor Tom Barrett. “This effort to light the bridge up demonstrates the next generation’s commitment to putting their mark on the future of the City.”

Pending fundraising success, a public lighting ceremony is slated for next summer.

Constructed between 1970-72, the Hoan Bridge spans nearly two-miles across Interstate 794. The tied-arch bridge didn’t open to the public until 1977, earning it the nickname “Bridge to Nowhere,” and was famously used to film a car crash scene in the John Belushi cult favorite, The Blues Brothers. The bridge is named for Daniel Hoan, a socialist who served more than 24 years as Milwaukee’s mayor. 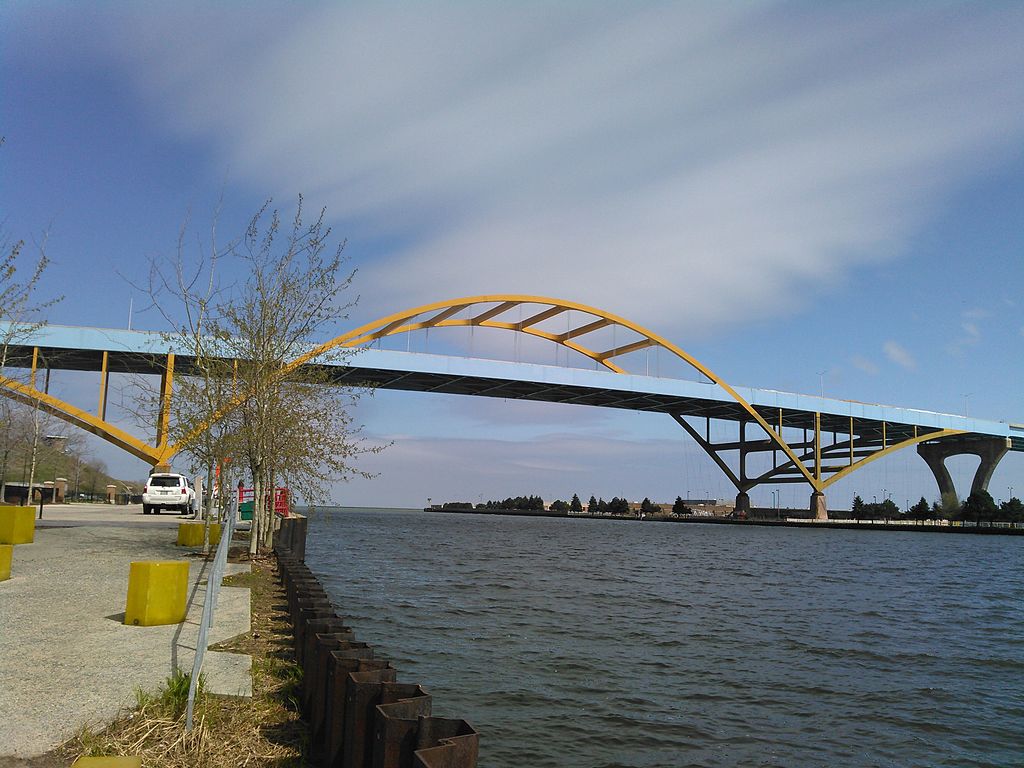