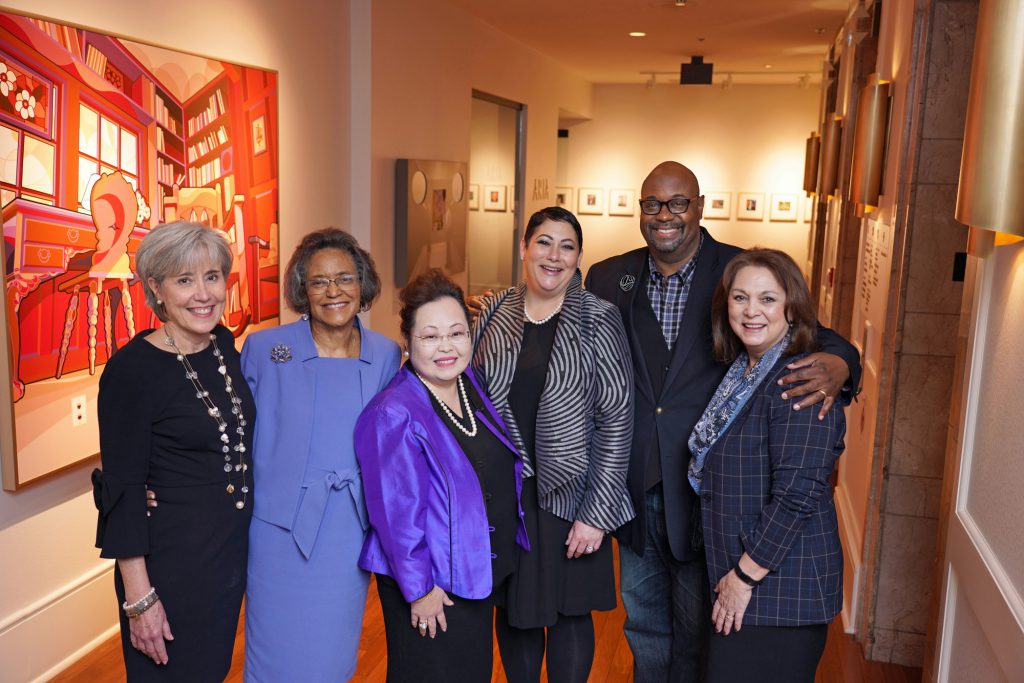 “There is no single approach to community impact, but consistently at the center are dedicated people drawing on their passion and talent to lead others toward positive change,” said Ellen Gilligan, president and CEO of the Foundation. “Congratulations to our 2019 Greater Together Award recipients whose pioneering and selfless work will inspire others for years to come.”

“My purpose now is to fulfill not just my dreams, but dreams of those here in the city of Milwaukee,” said Judge Mosley. “Anytime I can expose kids to things that they don’t ordinarily see right in their backyard, it just has a profound effect in opening their minds to what’s out there with this whole city.”

Judge Derek C. Mosley graduated from Marquette University Law School in 1995. After graduation, he represented the state of Wisconsin in over 1,000 criminal prosecutions as an assistant district attorney for Milwaukee County.  In 2002, Judge Mosley was appointed city of Milwaukee municipal court judge.  At the time of his appointment, he was the youngest African-American to become judge in Wisconsin.  In August 2004, he was appointed chief judge of the Milwaukee Municipal Court.  Judge Mosley sits on the board of directors of the YMCA, Urban Ecology Center, Safe & Sound, Milwaukee County Medical Society Foundation Board and Transcenter for Youth.

“Nothing happens in this community that I think is worthwhile without collaboration. None of us can do this work by ourselves,” said Katz-Petted. “The Greater Milwaukee Foundation for example is a huge collaborator, because if we didn’t have the funding and the donors, we wouldn’t be able to do the work we’re doing.”

As CEO of Revitalize Milwaukee (RM), Lynnea Katz-Petted has advanced organizational funding from $40,000 to over $1.7 million annually, structured an inspiring community network, and increased the diversity of projects that serve to revitalize neighborhoods, employ local contractors and provide critical home repairs throughout Milwaukee. Katz-Petted is chair of the Medical College of Wisconsin Cardiovascular Center board, has served in leadership roles since the age of 16 and has been honored and recognized by many organizations. Since 2005, she has led RM to become a well-recognized, year-round, vigorously active Milwaukee nonprofit, including numerous sponsors, multiple annual events and a venerated, dedicated board.

“When I started my principal license, I felt that there needed to be a school that would address who our scholars are and where they come from so that they can be productive citizens,” said Her-Xiong. “And so, it came down to the goal of transformation. I wanted a school that would transform our scholars, our families, our community and our city.”

Chris Her-Xiong was just 10 years old when she and her family fled Laos as refugees following the end of the Vietnam War, ultimately coming to the United States and settling in Iowa, where she attended school for the first time and learned to speak English. After high school and college, she was hired as the first Hmong teacher by Milwaukee Public Schools. In 2004, Her-Xiong welcomed 200 students to Wisconsin’s first Hmong charter school, which she founded, the Hmong American Peace Academy. Today, the Academy serves over 1,800 scholars and has a 100 percent college acceptance rate. Her-Xiong was named a Milwaukee Business Journal 2016 Woman of Influence.  She was the recipient of the Outstanding Alumna of the Year by Alverno College. Recently, she was an appointee to Gov. Tony Evers’ Personnel Advisory Board.

Geneva Johnson, Community Volunteer
President’s Leadership in Philanthropy Award
Honoring a lifetime of generosity in the practice of philanthropy

“I’m really grateful that the Greater Milwaukee Foundation is honoring the other awardees for what they’ve contributed to this community,” Johnson said. “Whatever we do, whatever organizations we’re involved in via church, be it the hospital, be it a college, it’s to bring people together for the better good of the community. And no community is great unless the people in it are involved in helping it to become great.”

Geneva Johnson is former president and CEO of Family Service America, Inc. and Families International, Inc. A graduate of Albright College, she earned a master’s degree from Case Western Reserve University and a certificate in executive management from Harvard Business School. She began her career in human services as a program director for the Houston YWCA. She served United Ways in Pennsylvania, Delaware and New York before joining the United Way of America in 1978 as a senior vice president. Before her retirement, she served as executive director of the Women’s Leadership Institute at Mount Mary University. In 1985, Savvy magazine named her one of the top 12 nonprofit executive women in America, and in 1990, Business Week magazine named her one of the top five best managers in the United States in the social services field. Johnson has served on many boards, including the Peter F. Drucker Foundation, National Center for Nonprofit Boards, Medical College of Wisconsin, Froedtert Hospital, Mount Mary University, Medical College of Wisconsin Cancer Center and PAVE.

About the Greater Milwaukee Foundation
The Greater Milwaukee Foundation is Wisconsin’s largest community foundation and was among the first established in the world. For more than a century, the Foundation has inspired philanthropy by connecting generous people to community needs that align with their interests. The Foundation was founded on the premise that generosity can unlock an individual’s potential and strengthen the community as a whole for everyone who lives here. We work in partnership with those who are committed to ensuring greater Milwaukee is a vibrant, economically thriving region that comprises welcoming and inclusive communities providing opportunity, prosperity and a high quality of life for all.

May 24th, 2019 by Greater Milwaukee Foundation

In August, the Foundation will release a request for proposals supporting healthy birth outcomes, and the Columbia Health System Endowment Fund for Women’s Health will be a key source of funding. 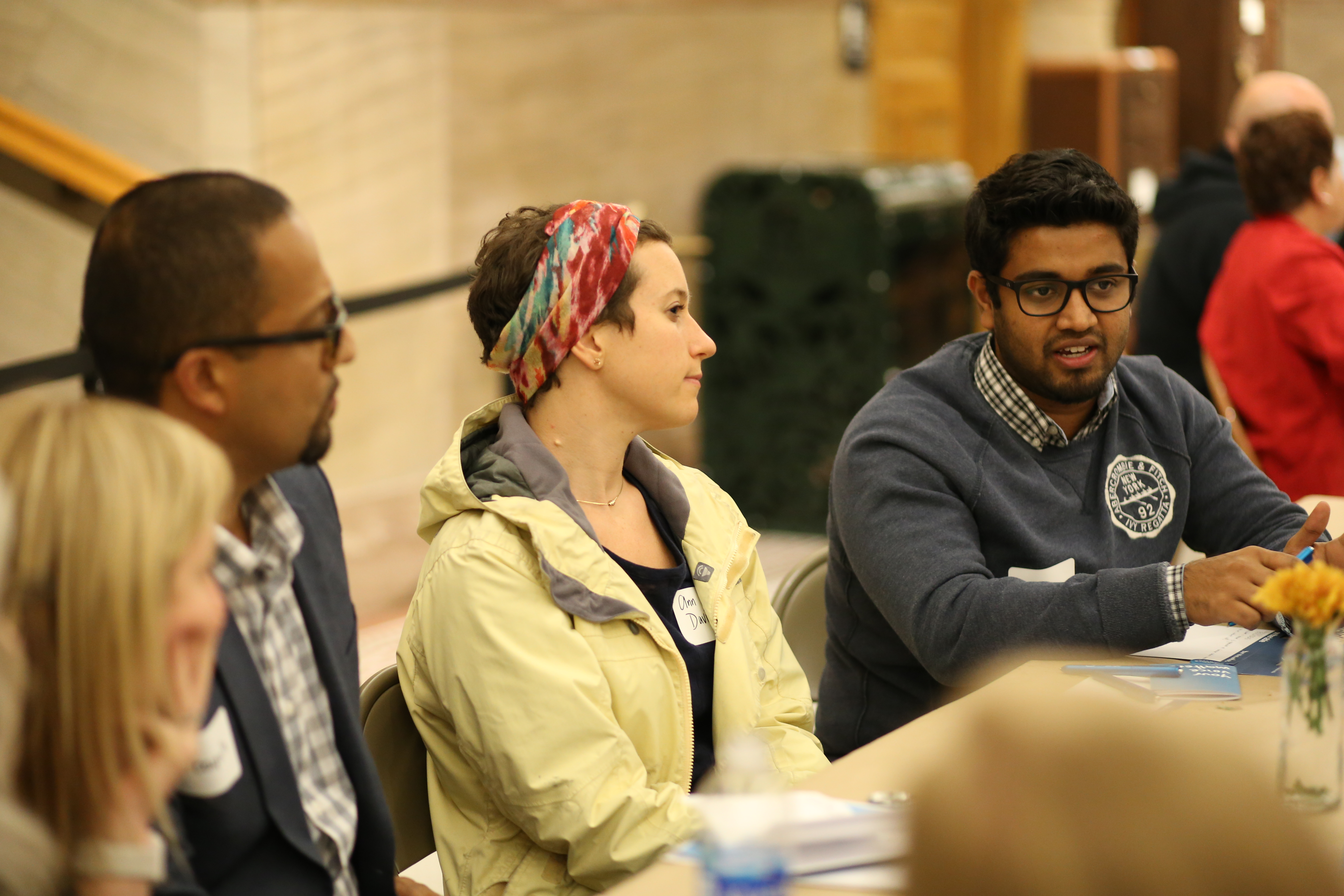