St. Joseph Center Chapel is the perfect venue for this concert, as its acoustics provide an exceptional environment for experiencing sacred music. 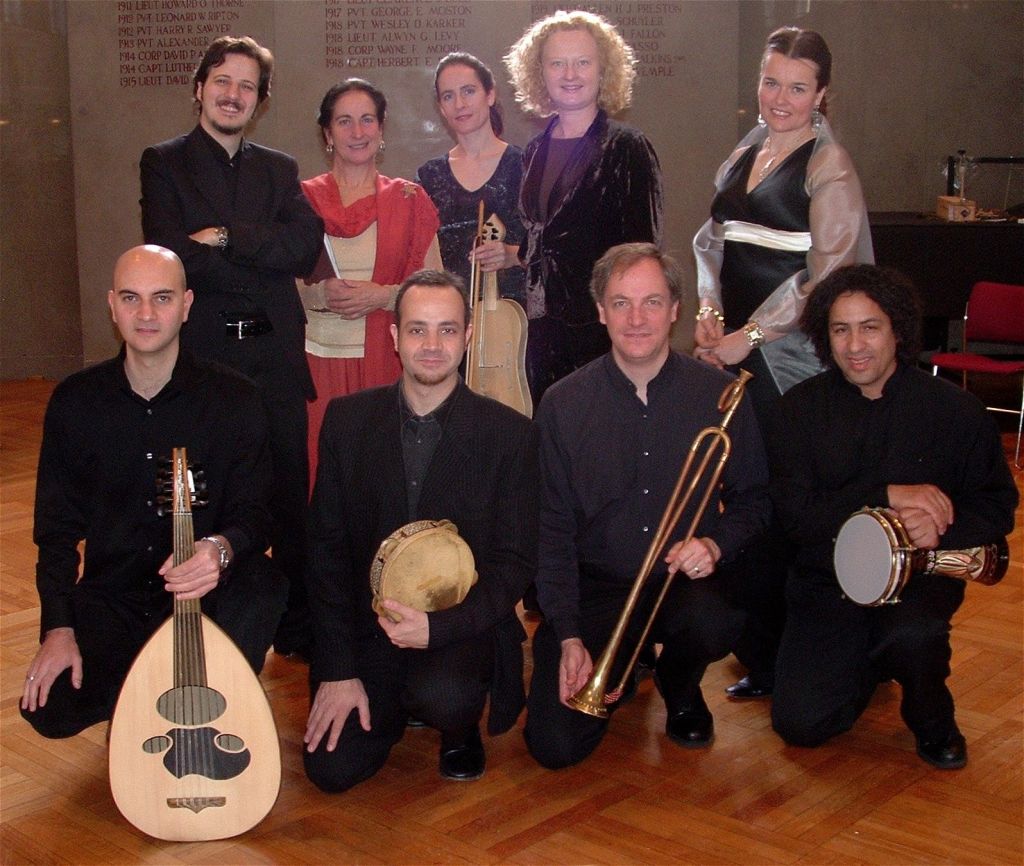 “A Mediterranean Christmas” joins America’s preeminent early music ensemble with a trio of musicians from Egypt, Syria and Morocco. In a program spanning 700 years, the music and readings from various coastal areas of the Mediterranean are inspired by aspects of the Christmas story. The dichotomy between Arab and Western worlds dissolves in this unique program of diverse languages and cultures.

The languages used in this program were, in the Middle Ages, mainly various dialects of Latin, including the early versions of Spanish, Judaeo-Spanish, Portuguese, Italian, and Occitan/Provençal. Also used were Semitic languages, such as Hebrew and Arabic, both very much alive in medieval Iberia. Similarly, the music of these places, transmitted both in manuscript sources and (in the case of the Arabo-Andalusian melodies) from oral tradition, offers a rich mix of melodic styles. Melodically, in keeping with the “popular” flavor of the Christmas holiday, a number of these pieces simply tell a story to an attractive tune. Narration and story‑telling are both central to these cultures.

Founded in 1954, The Boston Camerata has been under the direction of French-born singer and scholar Anne Azéma since autumn of 2008. Camerata’s musical performances are well known for their blending of spontaneity and emotional commitment with careful research and scholarship.   Camerata produces a major concert series for audiences in the Greater Boston area, as well as touring regularly in the U.S. and throughout the world.

The SHARQ Ensemble was founded in 1999 by Karim Nagi, a master percussionist and proponent of traditional Arab folkloric dance. The word “Sharq” means “East” in the Arabic language, and the goal of the ensemble is to present Arab vocal and instrumental music on original and authentic acoustic instruments. Those instruments include the oud, (a fretless lute), the nay, (a bamboo flute), the keman, (an Oriental violin), and the riqq, (a tambourine fabricated from fish skin). SHARQ also wears custom traditional outfits with a 21st century adaptation.

St. Joseph Center Chapel is the perfect venue for this concert, as its acoustics provide an exceptional environment for experiencing sacred music. Since the 1970s, this Milwaukee landmark has been a favorite setting for choral and instrumental concerts. The chapel was dedicated in 1917, and is Romanesque in style and cruciform in design. It is 200 feet long and 90 feet wide at its greatest breadth, with the dome rising 70 feet above the sanctuary. Features include 15 kinds of marble, 115 Austrian stained-glass windows, and several mosaics.