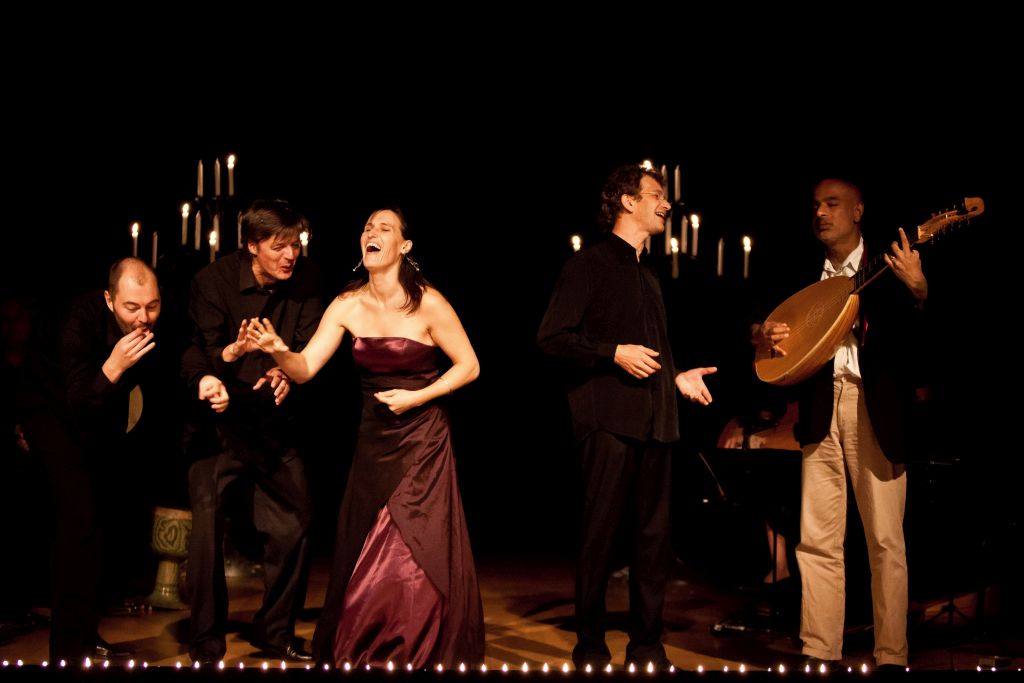 Hot on the heels of its record-breaking 30th Anniversary Season, Early Music Now announces a new season that overflows with world-class ensembles eager to present their extraordinary Medieval, Renaissance, and early Baroque programs to an enthusiastic Milwaukee audience. Reaching across borders and across time, the 31st season includes a trio of Arab musicians combined with America’s preeminent early music ensemble, along with international artists from Belgium, Canada, England, France, and the Netherlands.

Early Music Now creates lively connections with the past through historically informed performances of music composed before 1800. International artists include three groups that are already well-known to Milwaukee audiences (including one on its farewell tour), and three new to this series (including one Midwest debut and one U.S. debut). The programming explores Spanish dance music, choral music from the Reformation, two centuries of Baroque chamber music from five countries, Christmas music from the Mediterranean, music from a castle (sung by the choir that lives there!), and more!

All six programs will be performed in Milwaukee landmark venues at EMN’s popular time, Saturdays at 5:00, with an extra Christmas concert on Sunday at 3:00.

The season opens on October 21st at a venue that hasn’t been visited by Early Music Now since 1998: Grace Lutheran Church (1209 North Broadway) – the ideal venue for a concert celebrating the 500th Anniversary of the Reformation. The eight male voices of Cappella Pratensis (Netherlands) are specialists in the performance of 16th-century polyphony, which they sing from a central music stand, reading mensural notation from a single large choir book. “Missa Lutherana: The Beginnings of Lutheran Church Music,” includes chant as well as compositions by Heinrich Isaac and Adam Renner, making the case that Luther retained much more of earlier musical and liturgical traditions than is often assumed. (cappellapratensis.nl)

Early Music Now has always been noted for providing unique alternatives to the usual Christmas concert fare. Continuing that tradition, America’s preeminent early music ensemble, The Boston Camerata, will be joined by SHARQ Arabic Music Ensemble for a program of music from the various coastal areas around the Mediterranean, spanning more than 700 years, all inspired by both traditional and unusual aspects of the Christmas story. The dichotomy between the Arab and Western worlds dissolves in “A Mediterranean Christmas,” performed at St. Joseph Chapel, 1501 South Layton Boulevard at 5:00 on December 9 and 3:00 on December 10. (bostoncamerata.com – karimnagi.com/sharq)

Early Music Now returns to St. Paul’s Episcopal Church to open the second half of the season on February 17th with a performance by a favorite of Milwaukee audiences, The Flanders Recorder Quartet (Belgium), on their farewell tour. “The Final Chapter: 30 Years,” represents one final burst of colorful recorder fireworks, exploring the spectrum of old and new recorder music (including two commissions) that have defined their signature style. (flanders-recorder-quartet.be)

Canada’s Ensemble Caprice can always be relied upon for a fresh and engaging approach to music of the Baroque. Their March 17 performance at the UWM Helene Zelazo Center for the Performing Arts combines recorder duo, cello, guitar, and percussion to declare “iLove Baroque,” weaving together eight short stories with music covering two centuries and five countries, by Bach, Falconiero, Schmelzer, and Vivaldi. (ensemblecaprice.com)

This 31st season concludes on April 14 back at St. Joseph Chapel with a choir that has unique credentials! The Queen’s Six (England) live within the walls of Windsor Castle, where they regularly sing for the Royal Family. Established in 2008, the 450th anniversary of the accession of Queen Elizabeth I, they come to us on their first American tour with a program of music from the reign of their namesake. “Sacred & Profane: Music of the Tudor and Jacobean Courts” includes music of the notable “six” – composers from that earlier era – Byrd, Gibbons, Morley, Tallis, Tomkins, and Weelkes. (thequeenssix.com/uk)

Tickets to this extraordinary bounty of world-class early music are available as individual concerts or in full or partial season packages in three seating sections, with discounts for 4- 5- or 6-concert packages. Each full 6-concert subscription comes with a voucher for one free guest ticket. All three tiers feature general seating. Note that Tier 1 seating closes on September 30.

Tickets may be ordered by phone (414.225.3113), email (info@earlymusicnow.org), or regular mail (750 N. Milwaukee #420, Milwaukee 53202) beginning May 1st. Orders may be placed online at EarlyMusicNow.org beginning May 15th. All orders will be filled via email as “print-at-home” tickets beginning June 1st, with the option of choosing email or mail receipts to be redeemed at Will Call. A season brochure is available upon request.